Programmer or not, am pretty sure you've encountered numbers before. I mean, numbers are everywhere from economics to physics and even in nature.

Every computation performed by a computer program will involve numbers directly or indirectly. Directly, if you are doing some calculations and indirectly, because all high level programming code are converted to machine code which are numbers (0's and 1's).

You might not deal with number's often but it is an huge advantage if you know how they work in JavaScript most especially floating point numbers.

When a number appears directly in a JavaScript program, it’s called a numeric literal.

Just like regular math, you can perform calculations in JavaScript using popular math operators like +, - , / and % (modulus).

Lets play with some code.

The code when executed in the console: 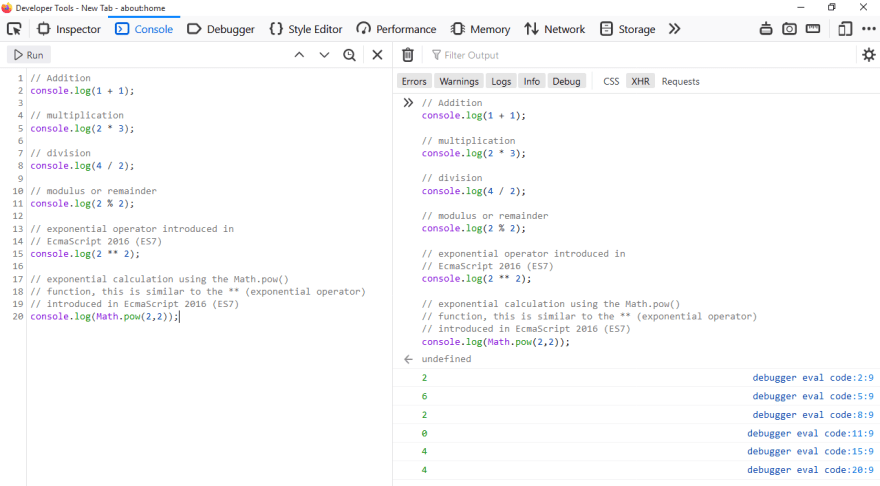 The code examples above are example of numeric literals.

Now, let's have a look at floating point numbers.

The code when executed in the console: 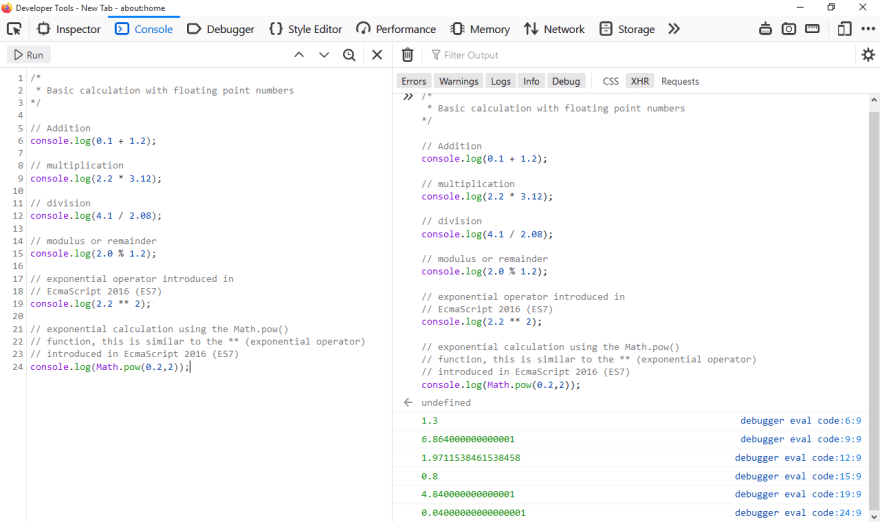 I mentioned earlier that JavaScript numbers are weird, well it has to do with calculations and comparisons involving floating point numbers. Take a look at the following example.

Why is this? Well that's because numbers in JavaScript are defined by the IEEE 754 standard.

You can visit the site for more information about floating point numbers.

Numbers can be made negative by adding a negative sign (-) before the number.

Division by zero is not an error in JavaScript it simply returns Infinity or negative infinity (-Infinity).

There is one exception however, zero divided by zero does not have a well-defined value and the result of this operation is the special not-a-number value, printed as NaN.

NaN also arises if you attempt to divide Infinity by Infinity or take the square root of a negative number or use arithmetic operators with non-numeric operands that cannot be converted to numbers.

There are also hexadecimal numbers and octal numbers in JavaScript. They are not included in this post for the sake of simplicity.