When we talked about conditional statements in the last post we learnt that certain code are executed when a certain condition is met using constructs like if or switch statements.

Technically speaking this is called branching because the JavaScript interpreter follows a branching path through your source code.

Loops on the other hand, are those that bend that path back upon itself to repeat portions of your code.

We will discuss the looping statements in JavaScript accompanied with code examples.

The following are the common looping statements in JavaScript:

The while statement is JavaScript basic loop. The syntax is as follows:

Simply put the interpreter executes statement repeatedly while the expression evaluates to true.

When you find yourself in a situation whereby the expression does not evaluates to false, you have unknowingly created an infinite loop.

Let's have a look at an example. 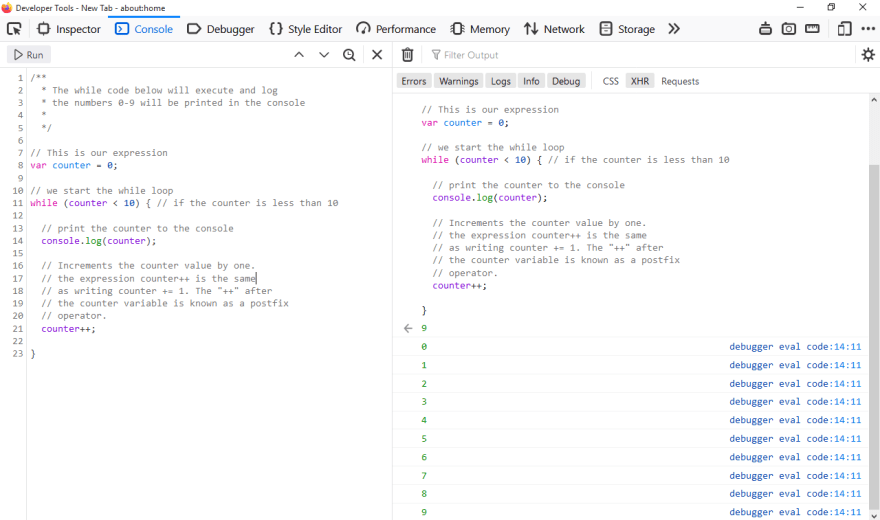 The do/while loop is like a while loop, except that the loop expression is tested at the bottom of the loop rather than at the top. This means that the body of the loop is always executed at least once. The syntax is:

Compared to the while loop, the do/while loop must always be terminated with a semicolon.

The do/while loop is less commonly used than while loop.

Let's have a look at an example. 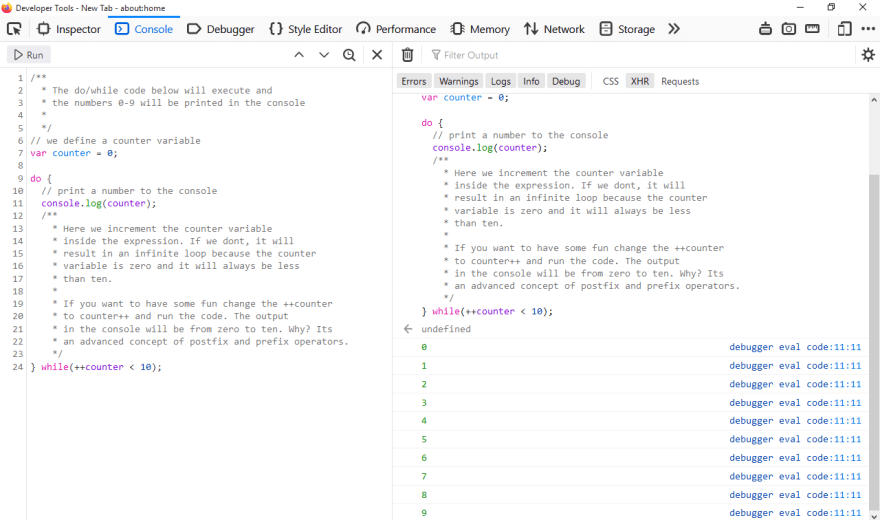 The while loop and do/while loop have three things in common as demonstrated in previous examples. They are:

The for statement encodes each of these three manipulations as an expression and makes those expressions an explicit part of the loop syntax.

In the for loop syntax:

Now, we will rewrite our previous examples using a for loop.

This example is quiet basic and for loops can become more complex than this.

The for/in loop uses the for keyword, but it is a completely different kind of loop than the regular for loop.

The for/in is used to list properties of an object.

Time for some code. First we create an object:

Next, we use for/in loop to traverse the property names.

Another looping method was introduced in ES6 called the for/of loop.

The for/of loop is used to traverse iterables in JavaScript. An example of iterables is an array.

Then we use the for/of loop to traverse the elements:

I used var in the variable declarations, but you should know that variables declared with var are hoisted which can lead to undesirable results and bugs in your code. As a beginner you might not notice this, but it's really important that you are aware of this.

let and const were added in ES6 to help developers avoid this issue. Variables declared with let are not hoisted, cannot be re-declared and are only usable from their point of declaration.

Please read this article → Quick Tip: Use let with for Loops in JavaScript. 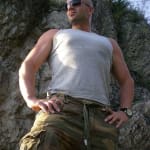 That's it for now. I'll encourage you to do further experiments to get a good understanding of this entire concepts of loops.

Up next, functions. I'll see you then.