Hello there! Hope you are doing great.
In this article, we will be going to discuss IOT i.e. Internet of things. It’s just an introductory article we are not going deep into this.

That’s it. Don’t get intimidated by any of technicalities or jargons. And if anyone tells you otherwise don’t listen to them.

The Internet of Things denition: “Sensors and actuators embedded in physical objects are linked through wired and wireless networks”

There are a number of similar concepts but the Internet of Things is by far the most popular term to describe this phenomenon
The term Internet of Things was invented in 1999, initially to promote RFID technology
The popularity of the term IoT did not accelerate until 2010/2011 and reached the mass market in early 2014
M2M or the Industrial internet are not opposing concepts to the Internet of Things. Rather, they are sub-segments.

First of all, I’ll suggest you pick a paper and pen and write down what do you understand by word Internet of things.

“ The internet of thing is the network of devices such as vehicles, and home appliances that contain electronics, software, actuators and connectivity which allows these things to connect, interact and exchange data.”

I think it’s a little bit confusing and hard to understand. Let’s take a simple denition to understand IOT.
Or
Hope now the concept of IoT is clear.

A Short History of IOT:

The term Internet of Things is 16 years old. But the actual idea of connected devices had been around longer, at least since the 70s. Back then, the idea was often called “embedded internet” or “pervasive computing”. But the actual term “Internet of Things” was coined by Kevin Ashton (https://twitter.com/kevin_ashton) in 1999 during his work at Procter&Gamble. Ashton who was working in supply chain optimization wanted to attract senior management’s attention to a new exciting technology called RFID. Because the internet was the hottest new trend in 1999 and because it somehow made sense, he called his presentation “Internet of Things”.
Even though Kevin grabbed the interest of some P&G executives, the term Internet of Things did not get widespread attention for the next 10 years.

The extensive set of applications for IoT devices is often divided into consumer, commercial, industrial, and infrastructure spaces.

Medical and healthcare, Transportation, Building and home automation.
IOT is the interconnection via the internet of computing devices embedded in everyday objects, enabling them to send and receive data.
It’s a simple concept, it means taking all the things in the world and connecting them to the internet. 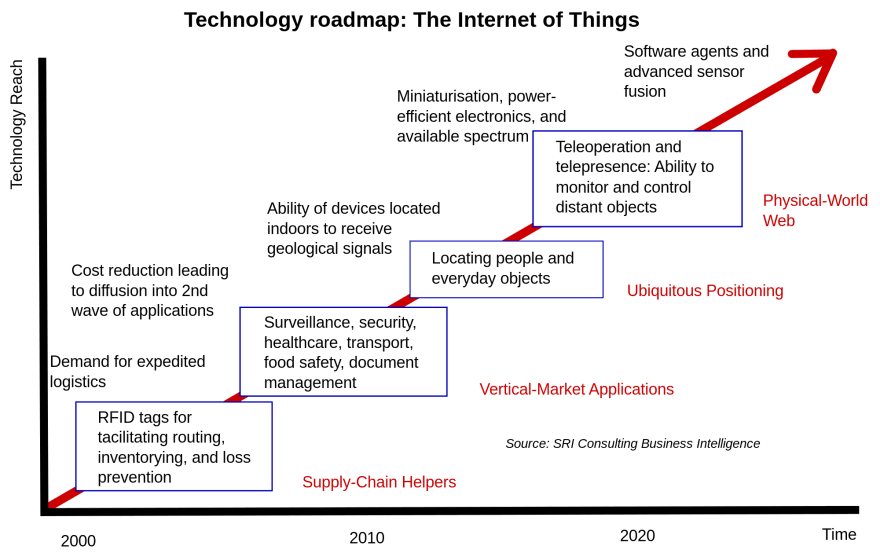 Machine-to-machine communication, or M2M, is exactly as it sounds: two machines “communicating,” or exchanging data, without human interfacing or interaction. This includes serial connection, powerline connection (PLC), or wireless communications in the industrial Internet of Things (https://www.link-labs.com/industrial-iot-and-control/) (IoT). Switching over to wireless has made M2M communication much easier and enabled more applications to be connected. 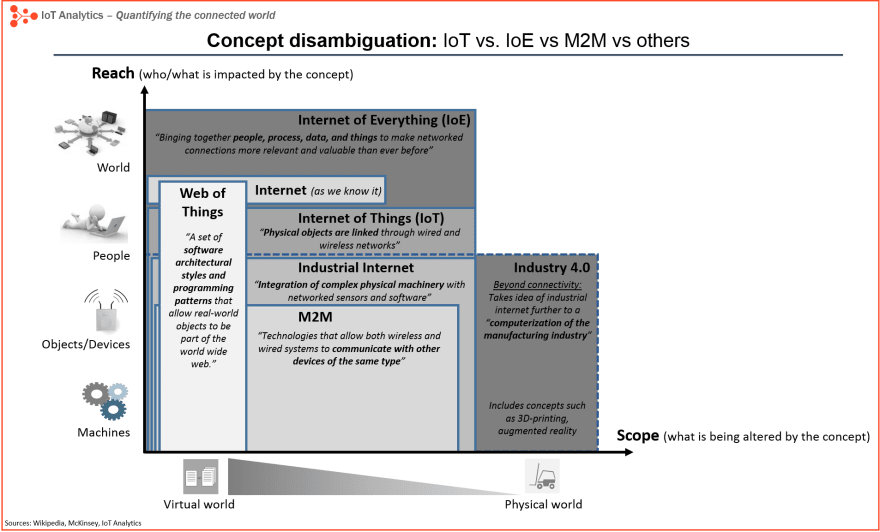 When something is connected to the internet, that means that it can send information or receive information, or both. This ability to send and/or receive information makes things smart, and smart is good.
For more clarication let’s take a simple example of a smartphone.In the present day, most of us prefer online music player like wink in place of normal oine music player and they have a long-list of songs which is well organized by language , date or alphabetically. To listen to music you don’t have to download the song
cloud storage.
all you need just a internet connection. Your all favorite list of the song they have. All songs are stored in cloud storage.

And all three of these have enormous benets that feed on each other. Hope you enjoy the article. Thank You for reading.

See you in the next article.

How do you organize CSS files?

Abhishek
Always thirsty to learn something new. If you know about me then some treat me as a mentor, some treat me as a career guider, others treat me as his/her colleagues and I treat myself as student & Dev.
Concept of a New Smart City: India Part-1
#concept #cybersecurity #iot #machinelearning
How to make implementation better Final part
#article #coding #discuss #advice
Bit String
#mathematics #discuss #article #discreetmathematics

Once suspended, abhishekalbert will not be able to comment or publish posts until their suspension is removed.

Once unsuspended, abhishekalbert will be able to comment and publish posts again.

Once unpublished, all posts by abhishekalbert will become hidden and only accessible to themselves.

If abhishekalbert is not suspended, they can still re-publish their posts from their dashboard.

Once unpublished, this post will become invisible to the public and only accessible to Abhishek.

Thanks for keeping DEV Community 👩‍💻👨‍💻 safe. Here is what you can do to flag abhishekalbert:

Unflagging abhishekalbert will restore default visibility to their posts.