The idea of the following post is to make a quick, practical and simple version of how to create a package that can be downloaded via npm in our project made with Svelte.

I recently finished my first package and the truth is that, although the information on the web is quite complete, the idea is to transmit my process in a short and simple way, and I didn't find too many posts explaining how to leave the package working for Svelte.

First of all, the following is required:

Before you start anything, it's good to have an idea of what you want to do, so that you don't waste time and steps doing and undoing the package. No matter how basic it is, think of something that you can use first, both to use and to practice, and that you would like to upload.

And don't think if it's already done or not, most things are probably already done, just look for the spin on it to have an added value for you.

You can now create a folder on your pc, with the name of the package (or the one you like), and open your preferred editor.

In my case I used Visual Studio Code, which already has a built-in terminal, in case you use another one, you should open the Node console and go to the directory you just created.

This will create a package.json file to place information about the package, such as name, author, description, the dependencies it uses, the version etc.

You can fill in the fields like name, description, keywords, author and license

Now we can install the dependencies that will use our package. Note that this is a basic code, this means that we will install basic dependencies.

Execute in your terminal the following command

This will install the basic dependencies like devDependencies (-D), so they will only be used for development.

The package.json will add the following field:

Now we are going to create a folder src in the root of the directory, and inside a file index.js

Inside this file we will put the following code:

Where Name should be the name you want to give the component.

And then, we will also create inside the folder src, a file Name.svelte where Name should be the same that they put in the file index.js

Once inside the .svelte file, it's up to you to build the component of the idea you came up with, here it only acts as a normal .svelte page, with the style script blocks and the html.

You can import elements of Svelte without problems.

We're going to make some changes to this file, adding the following:

We're going to create another file, but this time at the root level (where the src folder is, and the package.json), and we're going to call it rollup.config.js

If you've used Svelte before, you already know this file.

We're going to run this file when we run the build script and pass it some directives on what to do:

There is a way to test our package locally, before uploading it to npm.

Create a new folder on your computer and install Svelte.

This will allow us to test the package locally, and also if we make any modifications to it, there is no need to update or install each time, it updates itself.

After all this, we are ready to release the package and make it available for installation via npm.

It is recommended to have created in the root directory a file README.md with information about our package. How to install it, how to use it, configurations, etc.

This is a good example for you to use.

Remember that the README.md will be the same for npm as for the GitHub repository.

IMPORTANT: Any changes we make to our package, before we can run npm publish again, we must change the version in our package.json.

To get the package into our GitHub repository, let's do the following:

This prevents the dist folder and the node_modules folder from being published.

This will upload our files to the repository (except the ones we put in the .gitignore file)

It is quite useful, once our repository is created and our package is published, to add the following lines in our package.json file:

This will also add on the npm page of our package, the Homepage and Repository fields linking directly to our package site and the GitHub repository.

Is there much more that can be done before publishing the package? Yes, you can, like run tests, have a LICENSE file, add prebuild and pre-publish scripts in package.json, etc.

Yes, you can, but the idea of the post is that at least they know how to start, then it's up to each one to add more things to the process.

I hope everything is understood, if you can't comment below 😀

Photo by Clark Tibbs on Unsplash 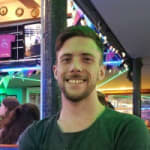 Once suspended, agustinl will not be able to comment or publish posts until their suspension is removed.

Once unsuspended, agustinl will be able to comment and publish posts again.

Once unpublished, all posts by agustinl will become hidden and only accessible to themselves.

If agustinl is not suspended, they can still re-publish their posts from their dashboard.