In this tutorial, you will create a small game 👾 for the Apple Watch based on the game of rock, paper, and scissors 👊✂ 📃.

To start, we created a new project in Xcode of the WatchOS type. 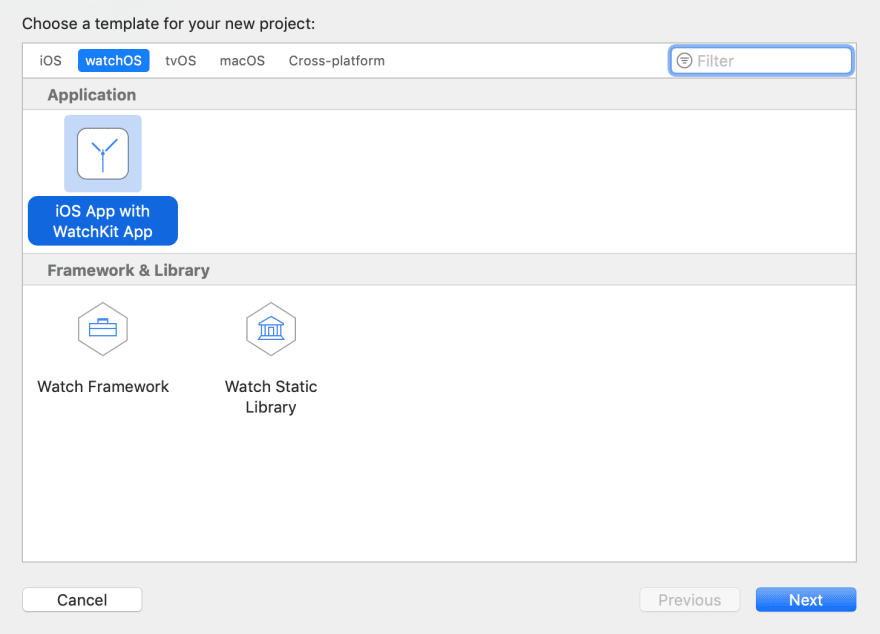 Fill the Product Name input with the value "RockPaperScissorsSwift" and then uncheck the option Include Notification Scene. 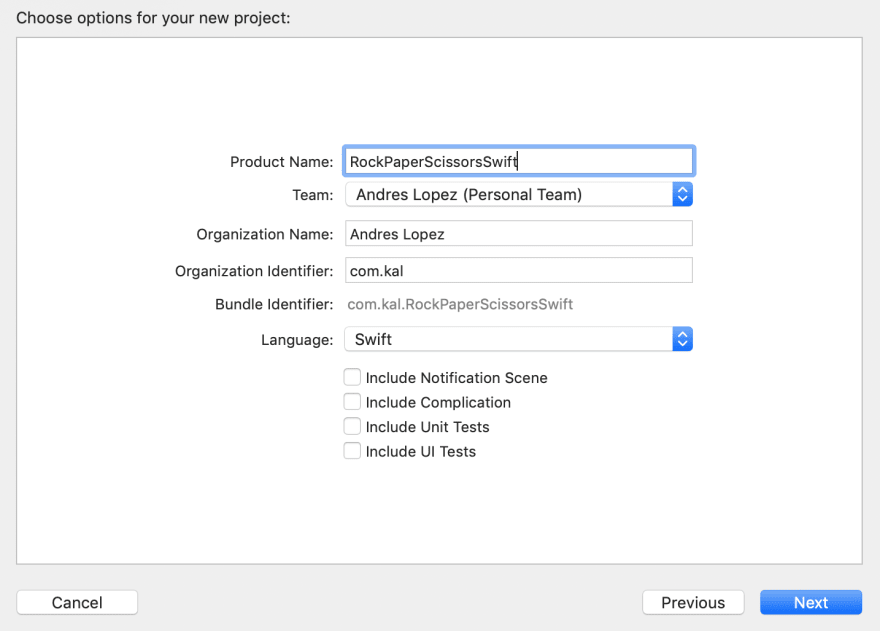 🖥 A normal iOS solution is created with two additional projects. 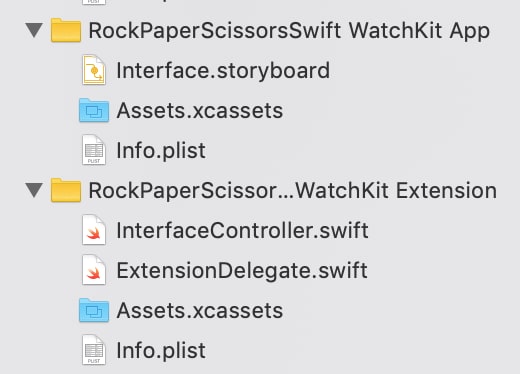 The graphics interface of the project should be as follows: 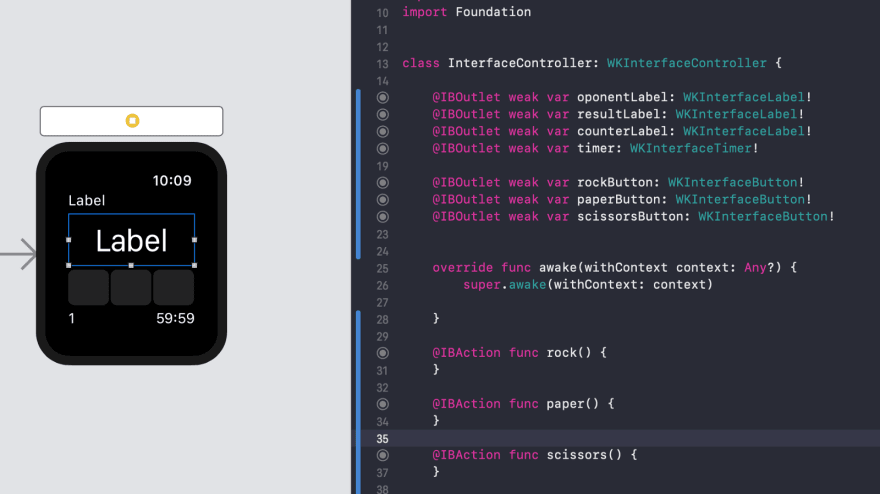 🖐❇️ The construction of the interface is the same as in iOS dragging controls and should be as follows:

The Label to see the result must have a height proportional to the size of the clock, to assign these values in the Size section. 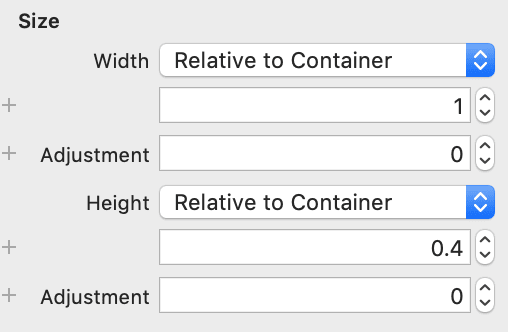 A GroupView is a view that accommodates each control side by side horizontally.

To align a control within a GroupView to the right in the toolbox within the Aligment section with right value.

The timer is a control that shows a type of clock in the form of Label.

The complete code of the controller is as follows: 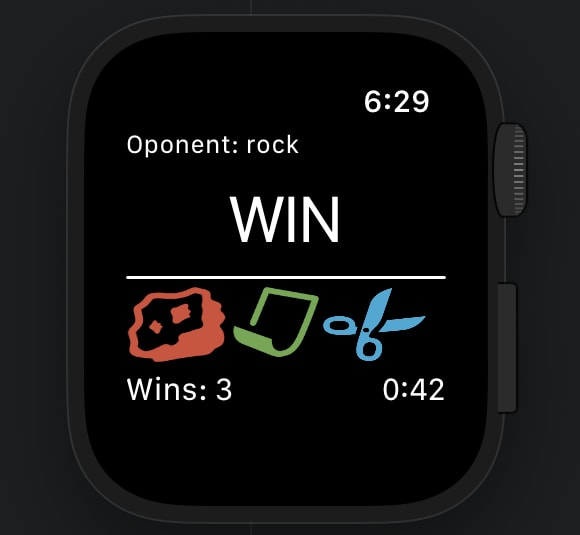 Creating an application for the Apple Watch is very similar to building an iOS application, in this example we saw that with basic controls you can create great things.

🌎 You can check the application code on Github