TLDR: A software developer who made some highly used open source software, decided to go rogue and inject a bug into his software, making it usable. This affected every other dependency (and developer) using his software.

Over the weekend, I was deploying some software (to Firebase) with CI/CD pipelines. But for some reason, the pipelines were failing. The failure occurred at this stage of my GitHub Actions workflow:

This is the visual representation of my failed pipeline: 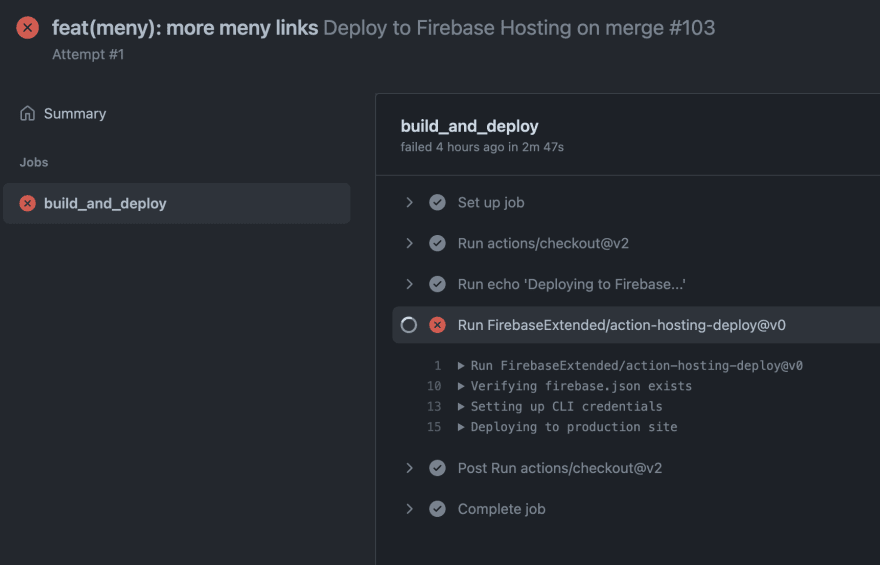 I then went over to the Firebase Extended Github repo to see if anyone else was having similar issues. And yep, many others were experiencing the same issue: 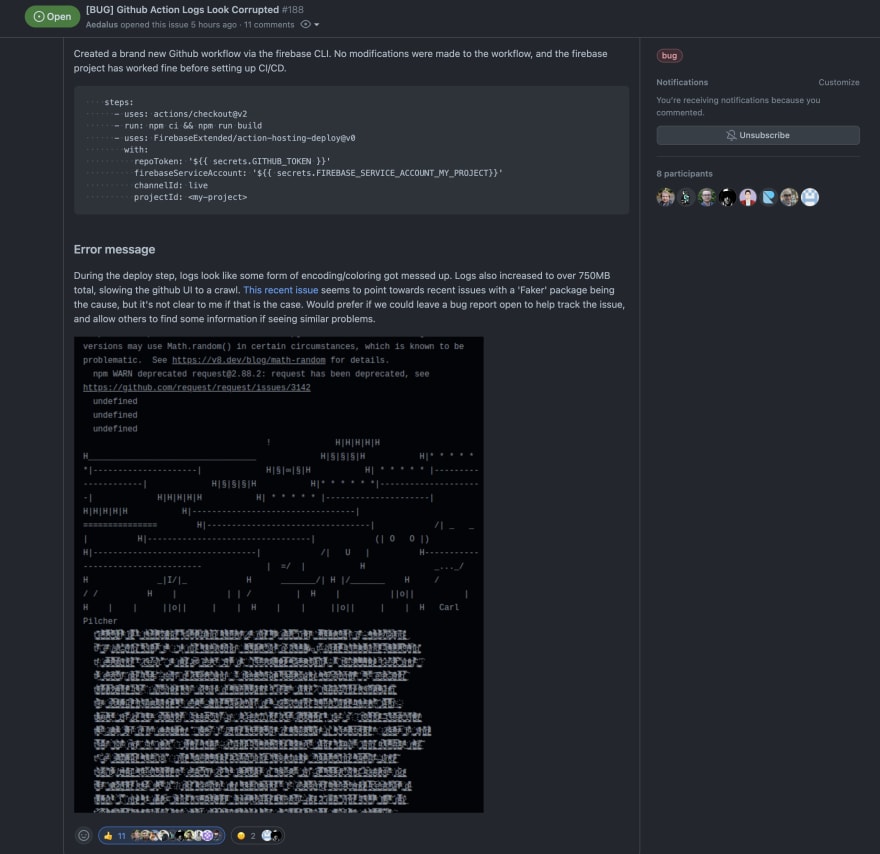 Well, it turns out, Action-hosting-deploy was using a dependency called colors, created by Marak (the rogue developer), which is a tool that colors and styles your node.js console. This npm package gets over 20 million downloads per week, so its very popular! The dependency tree for this GitHub action looks something like this: 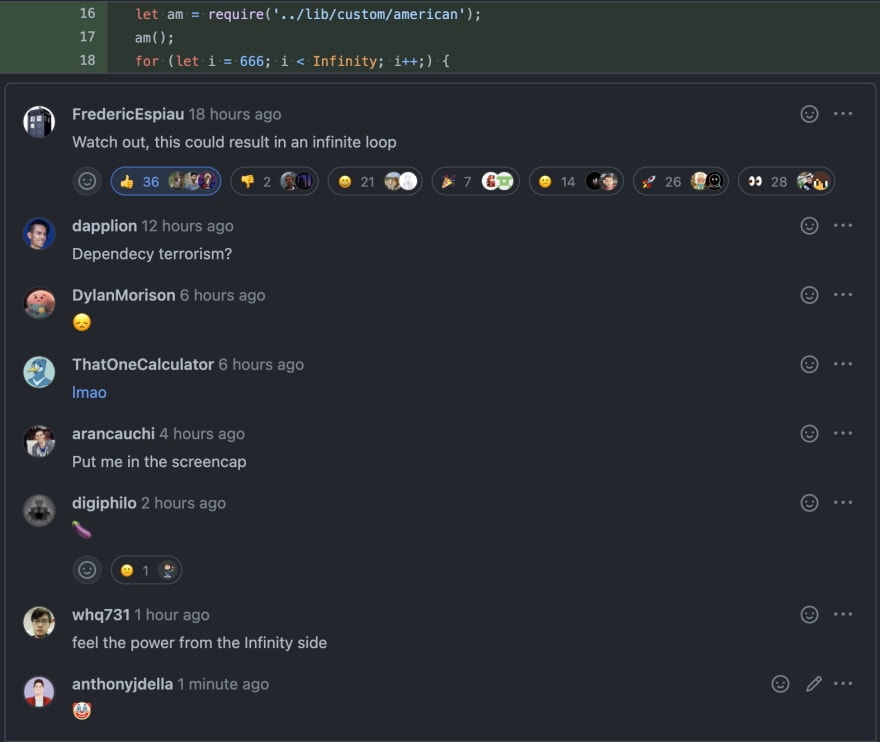 This is very much intentional and not an accidental bug. It was malicious.

Why is Breaking his own Software Bad?

Why Did Marak Do This?

Marak was upset that corporations were using his open-source software and not paying for it. It's basically that simple. He posted an article on his blog.

How Do You Fix It?

If your software was using colors, you would have to revert to the previous (non-broken) version. But because of this developer's poor work, you should definitely use another package instead. Chalk is another alternative that is recommended.

It's really important to have a dependency management system in place for your projects. Tools like Snyk, or SonarQube will help you detect dependency issues so you can quickly resolve them.

Anthony Dellavecchia
I write code on stage in front of a crowd.
AI Wrote this Blog Post About Taking Over Your Job
#beginners #ai #programming #news
Gaining Trust in APIs and What to Look For
#api #beginners #security
Data is like Radioactive Material! ☢️
#beginners #data #security #career

Once suspended, anthonyjdella will not be able to comment or publish posts until their suspension is removed.

Once unsuspended, anthonyjdella will be able to comment and publish posts again.

Once unpublished, all posts by anthonyjdella will become hidden and only accessible to themselves.

If anthonyjdella is not suspended, they can still re-publish their posts from their dashboard.

Once unpublished, this post will become invisible to the public and only accessible to Anthony Dellavecchia.

Thanks for keeping DEV Community 👩‍💻👨‍💻 safe. Here is what you can do to flag anthonyjdella:

Unflagging anthonyjdella will restore default visibility to their posts.