When web first came into existence in 1989, it was decentralised. Anyone could publish their content on the internet, and users could access that content without any third party services. Communication was easy, secure and peer-to-peer.

However, with the introduction of web 2.0 in the early 2000s, people began to communicate through centralised services provided by several tech giants. 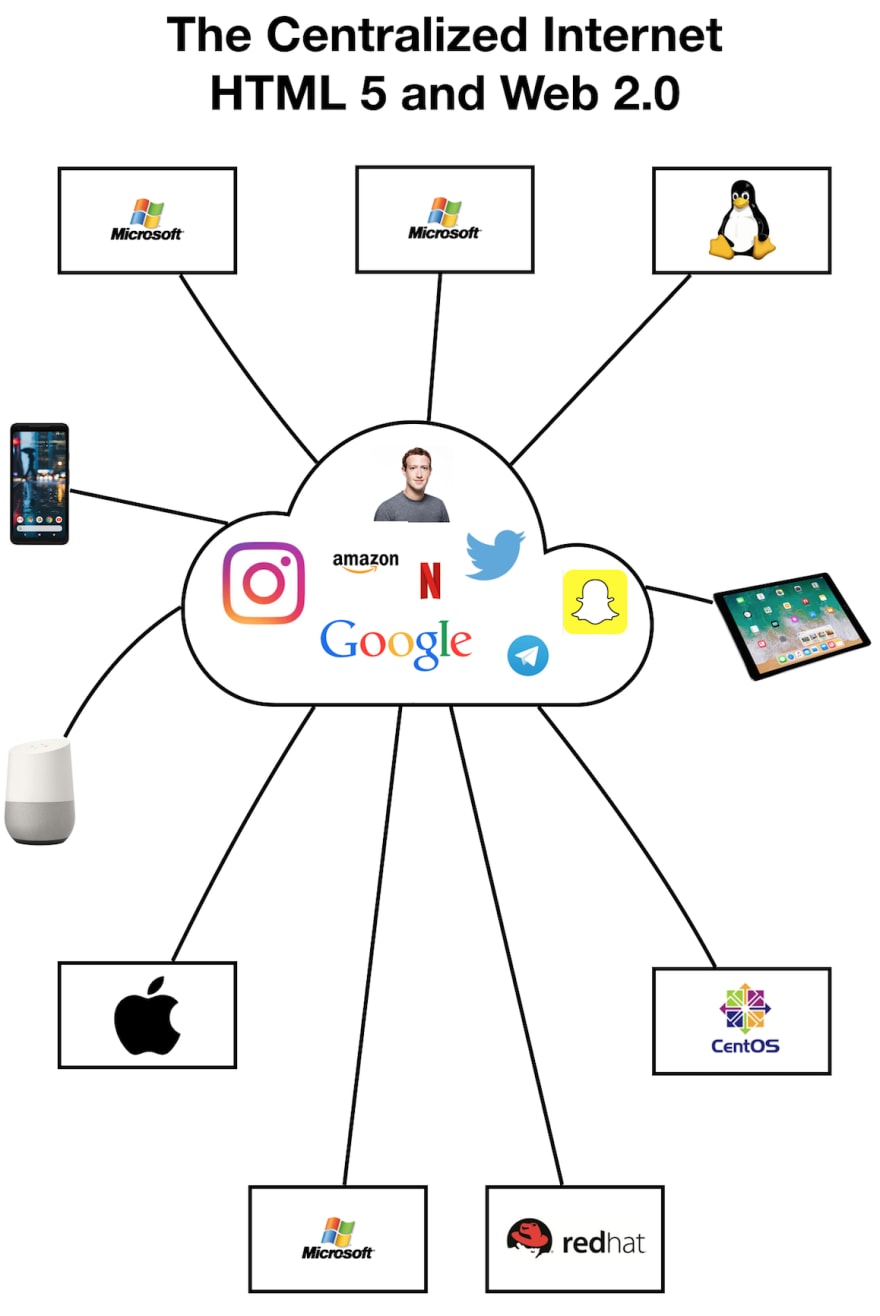 These companies became massively dominant in their domain by two methods, that have also become the heart and soul of web 2.0
1.) Provide excellent services
2.) Free services for everybody

You don't have to sift through hundreds of websites to find information; instead you can utilise Google's free, fast-searching capabilities. You don't have to construct your communication channel or deal with other hassles if you want to connect and speak with others; you can do so using Facebook's services, which are also free.

The involvement of these third-party services has provided an exceptional user experience and most importantly at zero expense.

Every internet company has its own data center, where all the user's data and their monitored interactions are stored. This infrastructural centralisation raises security concerns, by giving clear target points for hackers and fraudsters.

In early 2013, Adobe originally reported that hackers had stolen nearly 38 million encrypted customer credit card records, plus login data for an undetermined number of user accounts. In December 2018, Dubsmash suffered an attack on 162 million usernames, PBKDF2 password hashes, and other personal data, all of which was then put up for sale on the dark web market. In May 2019, Canva suffered an attack that exposed details of 137 million users.

Tech monoliths like Google and Facebook have billions of users. These users are largely unaware of what goes on behind the scenes at these companies. This Free world is a lie, users pay not with their money but with their attention. These tech giants are reaching past your wallets, spurning your money, to seize your time, which is actually your life. 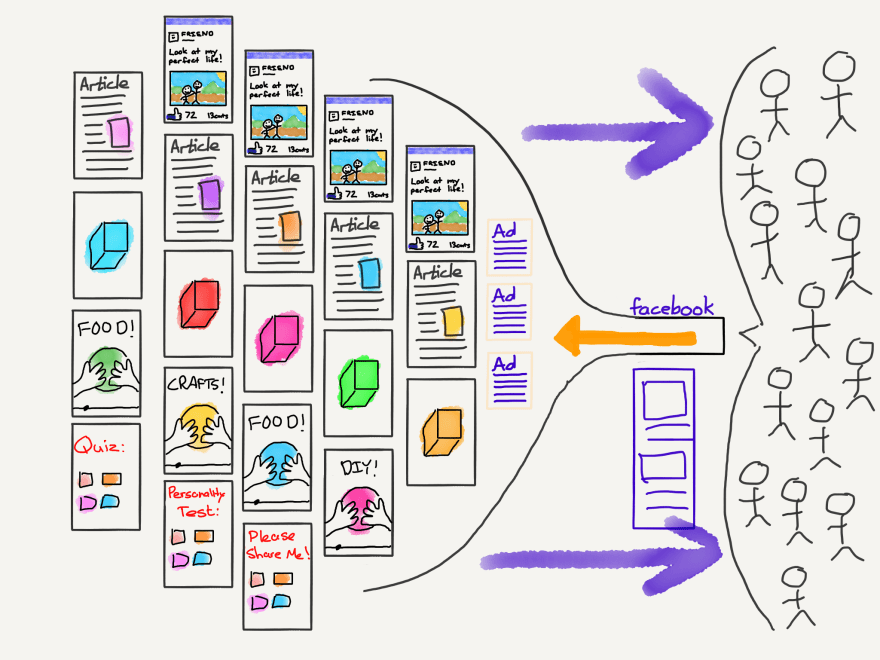 Companies such as Facebook and Google dominate this user attention so massively that they are called the gatekeepers of 'information presented to users'. All major internet companies have a record of giving away user information to the government and other agencies without acquiring their consent.

The most well-known situation is the Facebook–Cambridge Analytica data scandal. We know about these companies' dark secrets thanks to whistle-blowers like Edward Snowden, Tristan Harris, and others.

Since the advent of BlockChain networks, like Bitcoin by Satoshi Nakamoto, and Ethereum by Vitalik Buterin, etc. A new network system is taking birth whose most powerful architectural imperative is security, a system so secure in it's root that it's also called Cryptocosm.

A D-Web removes centralised data hosting services, using instead a peer-to-peer infrastructure. Not only will this remove any services from a third party that tracks your data, it will also secure and smooth your transaction. As a result, no single entity will be able to control or manipulate the network of systems on their will.

When is this happening?

To be fair, it's actually happening. Thousands of companies are investing billions in developing these decentralised networks. 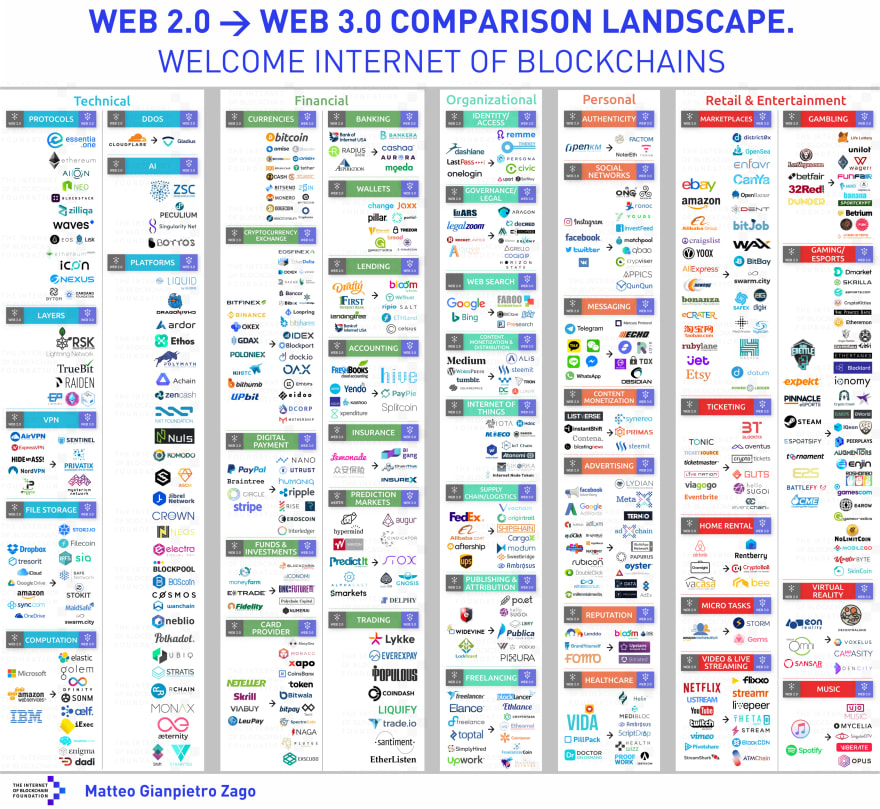 Let me give some examples:

Well, that's all for this article. I hope I did spark a little interest in you towards decentralisation. I believe this is the biggest thing happening in tech industry that will drastically change the way we use internet in coming years.

You can read more about this at:

What do you think about decentralisation? Is it good thing or bad? Let's hear your thoughts in the comment section.

Thanks for reading. Have a nice day.

Once suspended, anubhavitis will not be able to comment or publish posts until their suspension is removed.

Once unsuspended, anubhavitis will be able to comment and publish posts again.

Once unpublished, all posts by anubhavitis will become hidden and only accessible to themselves.

If anubhavitis is not suspended, they can still re-publish their posts from their dashboard.

Once unpublished, this post will become invisible to the public and only accessible to Anubhav Singhal .

Thanks for keeping DEV Community 👩‍💻👨‍💻 safe. Here is what you can do to flag anubhavitis:

Unflagging anubhavitis will restore default visibility to their posts.