Last year, I was privileged enough to see Peter Hilton give a presentation about source code typography at geeCON 2018, and the main points of that talk still roll around in my head pretty regularly. In a nutshell:

Fixed-width fonts and 80-column limits are a throwback to the IBM 80-column punch card which dominated the industry for decades until it was slowly phased out in the latter half of the twentieth century:

When colour terminals became popular, we could add things like syntax highlighting:

And what Hilton calls "the most recent innovation in source code", ligatures, which burst onto the source code scene around 2012, have been in common use in print typography for hundreds of years: 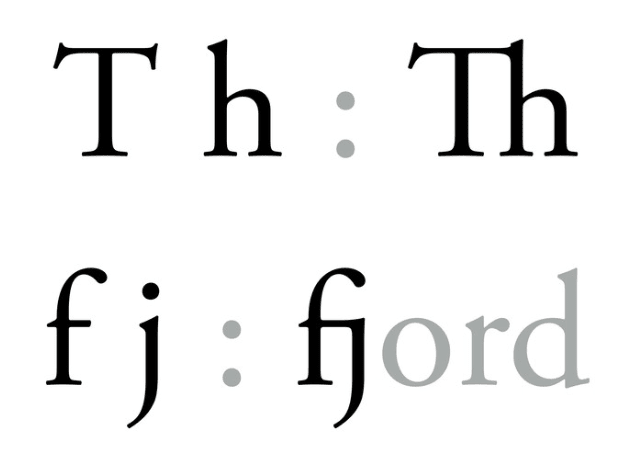 This begs the question...

Why is source code stuck in the past?

In a best-case scenario, modern users will define different fonts or styles for different keywords in VS Code in order to construct some kind of visual hierarchy within their programs:

...but we're not reaching the full potential of what's possible. Why not drag-and-drop modules? Why not AI-powered automatic code generation? Why not graphical coding like Scratch or Flowgorithm?

Why has there not been a single revolution in the way source code is written in nearly a hundred years?

How would you name this?

Andrew (he/him)
Got a Ph.D. looking for dark matter, but not finding any. Now I code full-time. Je parle un peu français.
Why No Modern Programming Language Should Have a 'Character' Data Type
#history #javascript #healthydebate
"The Lean Startup" 10 Years On: Have We Failed?
#books #healthydebate #startup
Bits of Syntax: String Literals
#design #healthydebate #watercooler