I’m sure you were affected by the Fastly outage yesterday. The company responded quickly, and it wasn’t the end of the world— But it was wild!

If you’ve been following closely, though, this was by far not the biggest story Fastly got tied into in the past year— Even if they were not really part of the new story by name the last time around. In the last fifteen months, Fastly’s stock has a low of about $14 and a high of about $136, as of writing this it’s sitting at around $60 (up 45% in the past month to boot!). 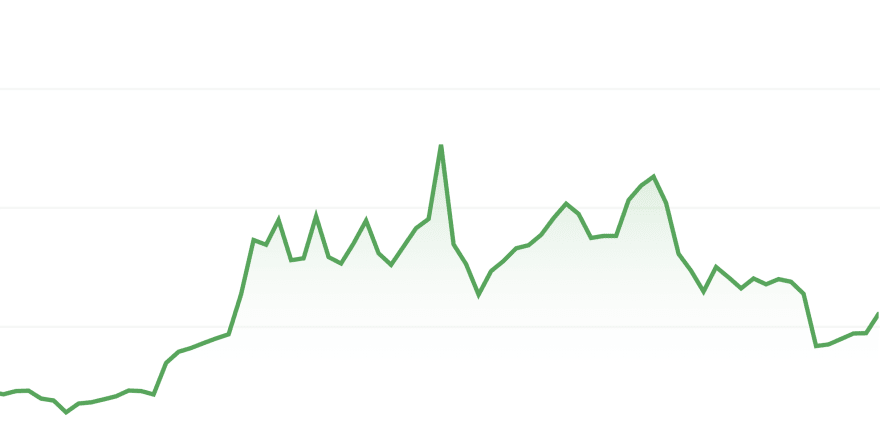 What causes a company whose core offering is a configuration layer which allows for slightly more efficient distribution of commodity bytes across the web to have such a chaotic financial journey as a publicly traded company? There are a lot of reasons— A pandemic which made efficient distribution of commodity bytes turn into the way we kept in touch with our loved ones. They are also a fairly young company which has typically not operated profitably, so there is a lot of speculation on their growth potential as opposed to classical evaluation of their track record.

Those are all contributing factors, but Fastly’s real hurricane came in the form of Donald Trump, TikTok and the Chinese government. Yes— Fastly is the kind of cloud infrastructure company which rises with the tides of its customers and TikTok became a big deal in the past couple years. Its rise in popularity also raised questions about data privacy and hostile international relationships.

The TikTok fiasco seems like a million years ago. For the average consumer, it played out as a bizarre question over whether the service would continue to exist. Players like Facebook were conveniently aligned in the sentiment that the Chinese government is not to be trusted, and Trump was trying to look like the tough guy— Likely without a greater agenda.

Following this story was exhausting and there is no public information about how things ultimately played out, but Fastly, the company with servers all over the world responsible for compressing and distributing TikTok’s bytes landed in a fairly untenable position. The company may have had to develop a much more sophisticated philosophy around video storage and distribution with regards to international borders— Or perhaps the chaos of the theatrical bidding war over the whole thing just forced them to change vendors. Fastly— leaders in this nascent space— were both unimportant and critically important to the whole story, depending on your perspective.

The situation was as fascinating as it was chaotic. The next version of this probably won’t come in the Donald Trump variety, but it will happen. Questions around how data is stored and distributed and how that relates to national sovereignty and security are truly the kind that are unprecedented and unlikely to be addressed in a “greater good” capacity.

Censorship, spying, hacking, AI— All the stuff that is juicy enough to make the top headline in the news have huge implications in the ever-more geopolitical cloud computing landscape. It now matters where servers are, where the computing happens, and who can access them— Or it doesn’t. Lobbyists for Google, Amazon and Microsoft will certainly work hard to position the debate in whichever way will best support their cloud product suite. Facebook and Apple will argue for their best narrative around conscientious stewardship over our privacy and livelihoods.

Most people won’t follow these stories in any capacity. Some will keep up with Scott Galloway and Kara Swisher’s pseudo-informed takes. And some will keep a close eye on how things unfold because part of their job involves pretending to know how GDPR works. Constructing a mental model for the interplay of government, digital security and cloud infrastructure is challenging and exhausting, on some level we just have to be along for the wild ride.

Edit: Interesting timing, Trump's unintelligible TikTok order was actually reversed this morning as I was writing this. This doesn't change the premise in any way. This is only the beginning of a complicated longterm matter, but the next chapters in the story will be slightly more... traditionally political.

I centered some themes of this post in Fastly’s stock price which is a good measure for chaos, but somewhat unimportant in all of this. But from that financial perspective, they are an interesting study.

Fastly is on the bleeding edge and big enough to basically take down the whole Internet when a customer enters incorrect input (fun fact, I personally caused a similar but much smaller outage on Heroku one time— but that is another story), but small enough that they can’t lobby or have a say in the Trump/TikTok madness. All in all I think they are in a great position to keep innovating in edge computing and benefit from this chaos in the end. I’m not a professional investor but I’m long Fastly, for what it’s worth. 😅

How to Easily Deploy a Spring Boot Application on AWS Fargate