Keybase never really developed an actual business model from what I can tell, so this is not all that surprising in some ways.

This seems like it must be a direct response to the very public security issues they've had. It's rare you see such direct cause and effect with this kind of thing. 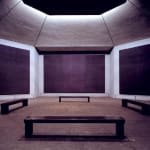 A semi technical explainer of all known Zoom issues

Have you any bot to recommend in order to test website security (SQL Injections or others) ?