This article was originally published on my website https://coder.today/software-engineer-from-monolith-to-cloud-auto-increment-to-uuid-a62f92f387c4

From monolith to cloud series 🌩

A series of articles designed to help developers switch from a monolith to a cloud mindset. The web is full of very good tutorials and examples on Why and How to make the switch, so I decided to focus on the small details.

This article focuses on the developers who worked only with numeric auto increment primary keys and need/want to switch to UUID’s.

Entries in a relational database like MySql/SQL/Oracle are usually identified by an incremental, unique (to table) number int(2232). The server collects the parameters, sends an INSERT(...) statement and the database generates a new ID (the next incremental value) and returns it.

When you begin to scale you may end up with a bottleneck, your MySql master instance, because that is the only entity from your system that can generate a unique identifier.

You already know the benefits of an auto increment PK’s , here is a list of its limits:

All of these issues can be mitigated to a degree (ex MySql sharding). To fix all of them you can use UUID’s.

UUID can be used in relationship databases and viceversa, auto incrementing in NoSql.

Some bits represent the UUID version (the algorithm used to generate it), others the variant. Starting from a UUID format you can even add your own logic (bits representing some aspects of your business logic).

To generate the random bytes of the UUID more factors are used to ensure a better entropy like the timestamp and the clock sequence. For more technical details you can read the Official Protocol paper of the UUID. Beware of the implementation you use, not all the libraries respect the standard. I have found some implementations that just use the predictable pseudo-random function found in every language to generate a number.

Basically the UUID/GUID is a random ID, the values are not sequential and anyone can create a new ID. 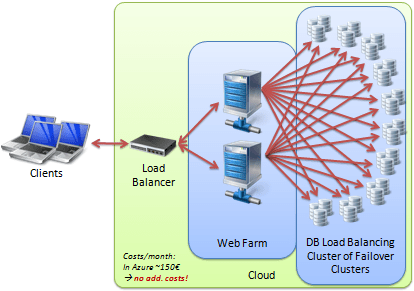 There are a few advantages over a linear incremental value 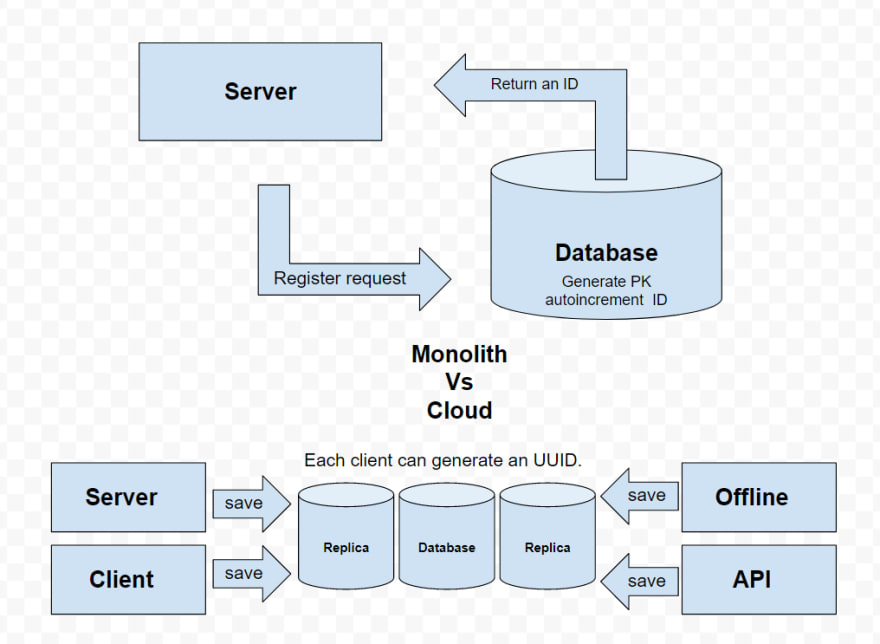 You will have to get used to a more difficult debugging process, UUID’s are impossible to remember. The trick of memorizing the first or last characters will probably not work.

The change is hard (any change) for the human brain, you will try to fight it, most likely using cheap reasons: an INT is prettier, occupies less storage space. Embrace the change for a greater good, is part of the software evolution.

New factors in town based on async: time and location. An UUID may exists somewhere, but is not synced YET or it’s in other shard. There is no universal sync view anymore. Your production is in chaos now, distribution can mess up your karma, don’t feel frustrated, is just another way of doing stuff.

A few bad things can result of distribution: duplicate or lost data. This means extra coding and extra meetings to explain why and how to the product owners.

I do not think that UUID are universal better or worst than incremental ID’s, they just serve different purposes. But …

Before you go, I recommend reading some more:

Please (like)👏 and subscribe if you learned something new. Send me your feedback so I can improve the following posts. 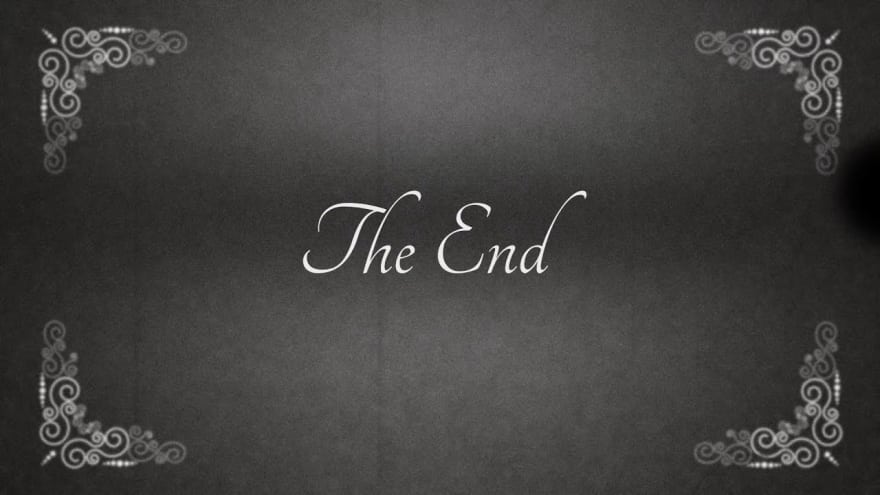