You have created your CSS rule and found out that it didn’t take a desired effect. You checked the CSS selector and HTML code again to check if they correspond. Or you just opened the developer console in your browser, inspected the element and checked if your CSS rule was present in the styles list. It turns out that it is there, but the declarations are strikethrough. This means you have just encountered some kind of CSS specificity issue. You could just add the !important flag to your declarations and have it done. Is it a good solution? Never. I do not say you should never use !important though. What I really want to say is that you should never use !important if you are not aware of the consequences. 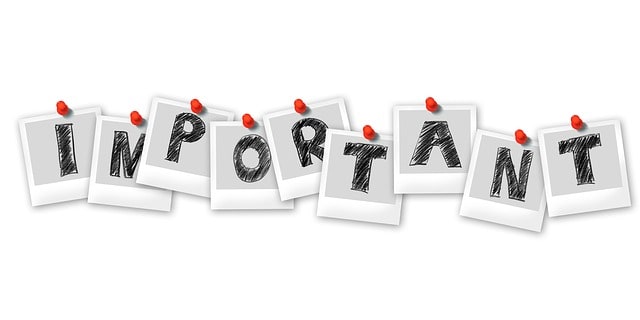 First things first. If more than one selector applies to a certain HTML element, there is the order taken to decide which particular style to apply:

I will elaborate on them bottom up.

1. The order of CSS rules

This is quite obvious - the last rule takes it all.

In the example above the text in p will be blue. An important remark: when you include multiple css files (i.e. some vendor files), the order of link tags also matters. Always include your own css file as the last to make sure your styles take effect.

So, what is it? In a nutshell, this is a kind of weight applied to each CSS selector based on the number of occurrences of each type of selector. It is a number in a system with a large base composed of three digits, which are as follows (from the most specific):

The commas between the digits are there so that you remember this is not a decimal number and the “digits” might be greater than decimal "9". Nonetheless, to make things easier, you can think of this number as a decimal. At least as long as your selectors don’t contain more that ten elements of the same type.

In my opinion it is important to understand the specificity and know why one selector is chosen among the others. And if you have already realized it, you can help yourself with a specificity calculator like this one.

Inline styles are the ones defined directly in your HTML tag. They always beat any other CSS declaration. Sometimes you may find the specificity presented as a four digit number where the thousand’s digit is for the inline styles (just as in the calculator previously mentioned), but I personally prefer to treat the inline styles separately.

Here is my subjective list of situations where you should not even think of using it.

On the other hand, are there any situations when you can use the !important flag and do not feel ashamed? You can use it in the user stylesheet (a piece of CSS defined for you as a web page visitor in your browser - people with special needs may use it to i.e. enlarge the text or change contrast). Some say this was the reason to introduced the flag though I haven’t found any reliable information about that.

What about the use cases strictly tight to development? The one I can think of is overriding styles defined inline or flagged as !important. However, if they appear in a third party library, it might be the perfect time to take a look at other libraries and reconsider your choice. If they sit in your project and you do not have privileges to change them, well, here you seem to have no choice. Of course, there is no need to mention the ones you have created. They do not exist. You just do not overuse !important :)

How to Fetch Data with React Hooks

Top 9 features of Flexbox that you may don't know

the cloud turns everything upside down !

How to Add a .NET Core 3.0 Custom Control to Your Visual Studio Toolbox in Less Than 3 Minutes