ES2018 aka ES9 is the version of ECMAScript corresponding to the year 2018. This version does not include as many new features as those that appeared in ES6 (2015). However, some useful features have been incorporated.

This article introduces the features provided by ES2018 in easy code examples. In this way, you can quickly understand the new features without the need for a complex explanation.

The new #JavaScript features in ES2018 are:

The proposed solution is to set the cooked value to undefined for template values that contain illegal escape sequences. The raw value is still accessible via .raw so embedded DSLs that might contain undefined cooked values can just use the raw string: 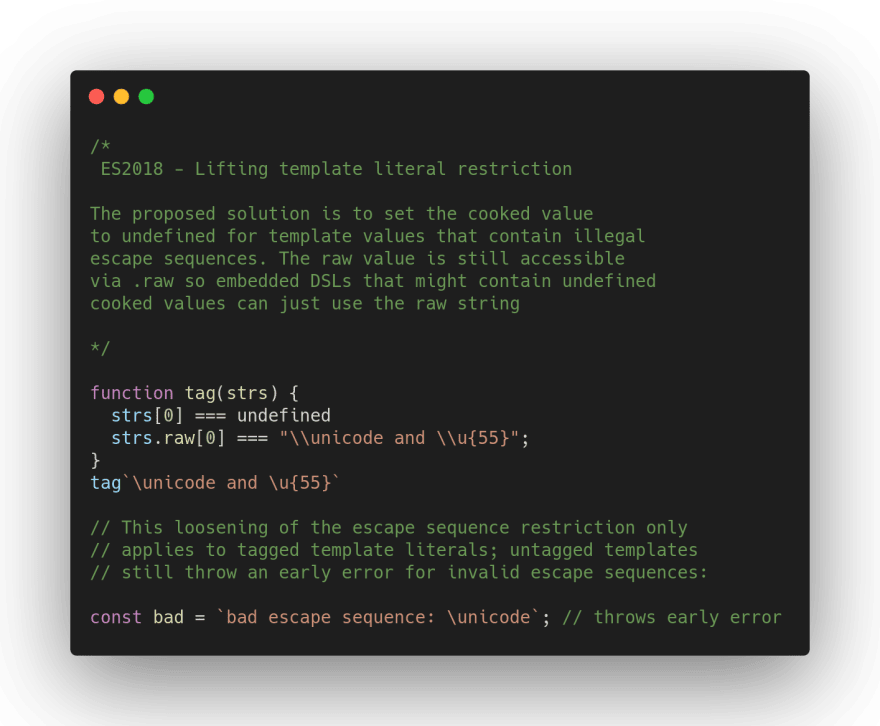 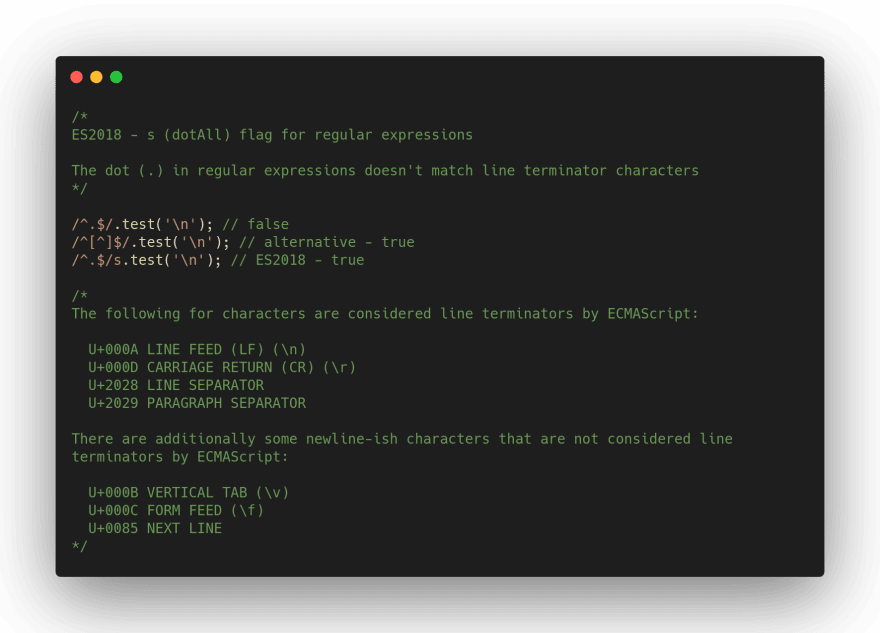 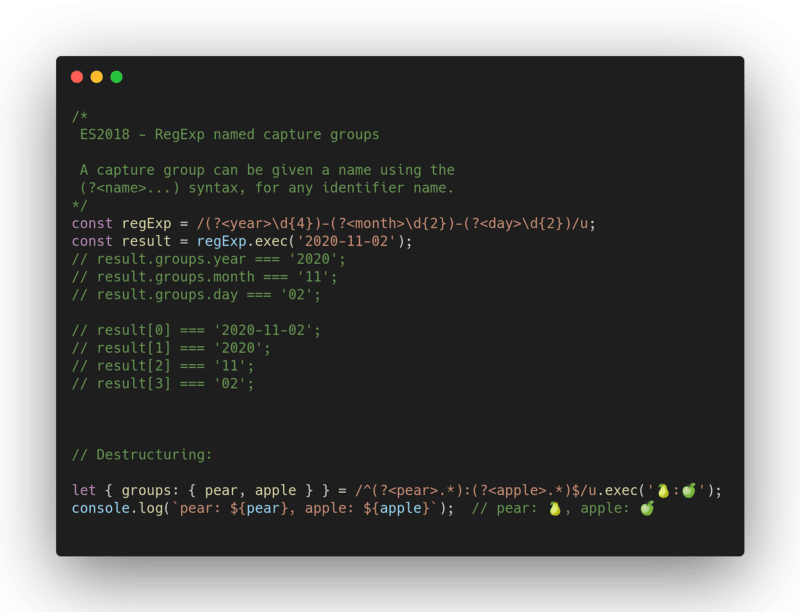 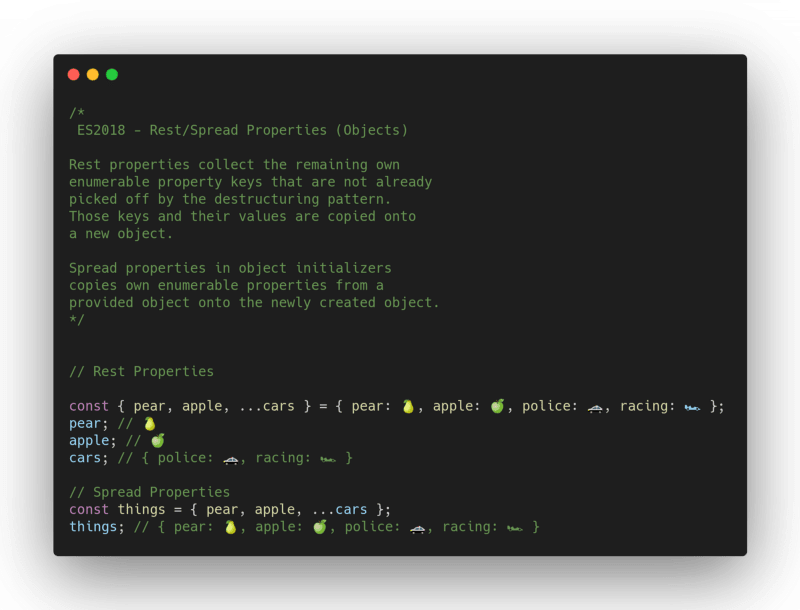 There are two versions of lookbehind assertions: positive and negative.

Positive lookbehind assertions are denoted as (?<=...) and they ensure that the pattern contained within precedes the pattern following the assertion.

Negative lookbehind assertions are denoted as (?<!...) and, on the other hand, make sure that the pattern within doesn't precede the pattern following the assertion. 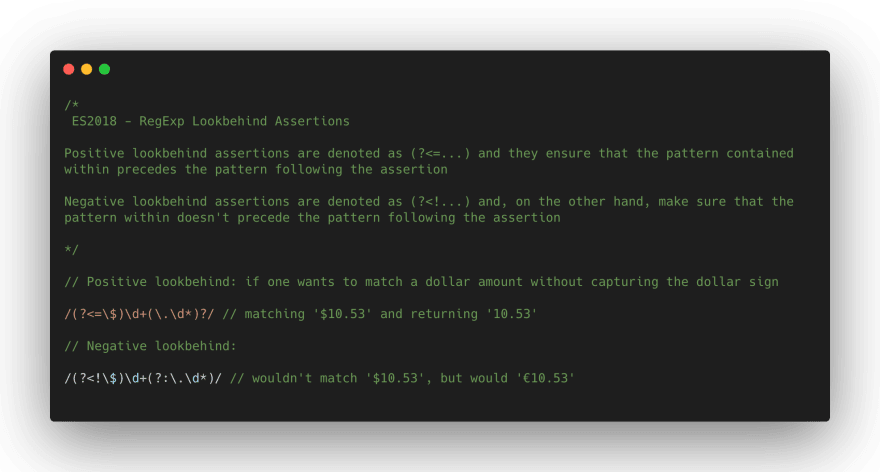 This proposal solves all the above mentioned problems: 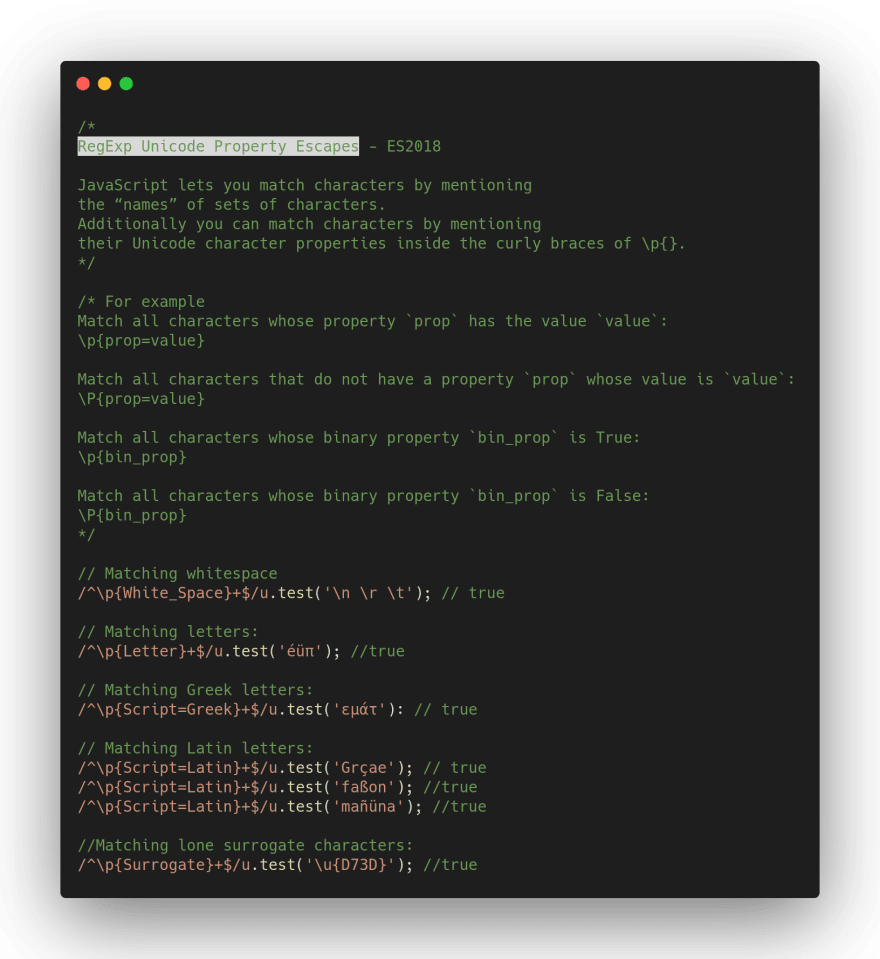 A finally callback execute logic once your Promise has been settled one way or the other. It has absolutely no impact on the value that your promise will resolve to. 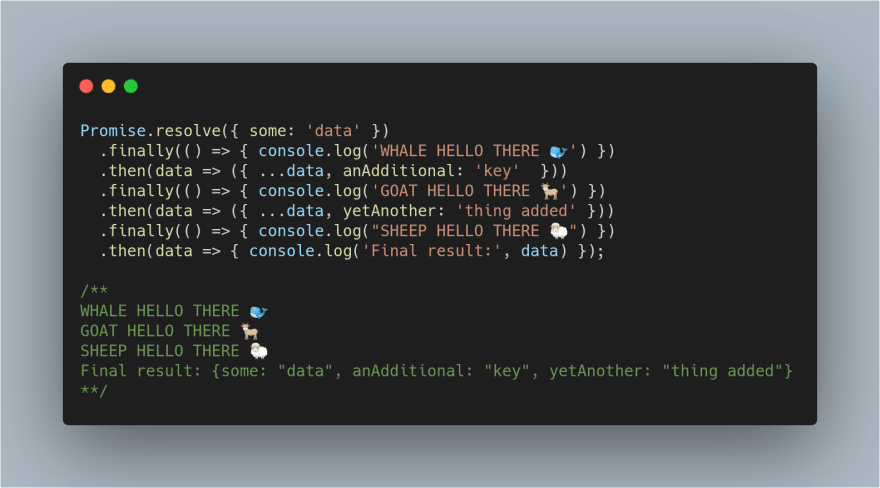 We introduce a variation of the for-of iteration statement which iterates over async iterable objects. An example usage would be: 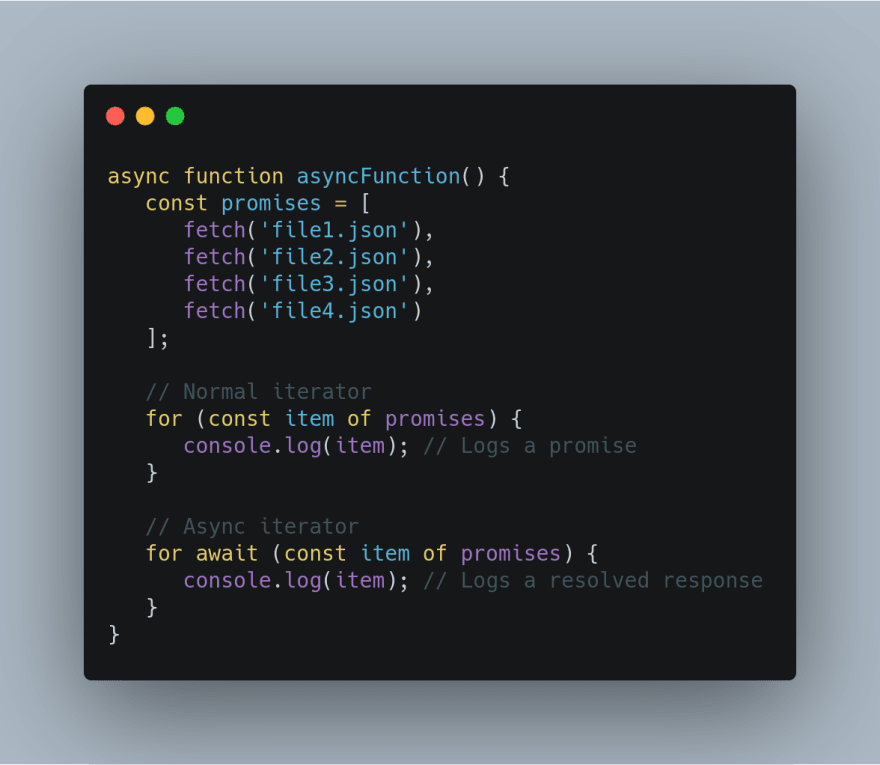 JavaScript is a live language, and that is something very healthy for web development. Since the appearance of ES6 in 2015 we are living a vibrant evolution in the language. In this post we have reviewed the features that arise in ES2018 (aka ES9).