This is the first post about the frontend for our clock-in/out system, which
already has a basic, functional backend working. The frontend will be developed
using the JS framework Angular due to it being the
best framework, in the sense of software architecture, (my intent isn’t to
unleash a war about which is the best/worst JavaScript framework). This is a
post about my system, I’m sure that there are better solutions for developing
this layer of my software :-).

The result is shown below

The first step is creating a new project using angular-cli:

In our context, a routing is not required, because our frontend is not an SPA (OMG! So why are you using Angular then? Because this is a simple tutorial to show how to integrate NestJS + Angular).

The next step is to install several libraries that are dependencies in our code (Angular Material):

Our project has three important points:

Now, I’m going to show and explain each of the modules.

This is the module which is used to launch the other modules. In the following code I’m loading the modules:

The Route[] are the routes to load our components. In our case it's very easy,
because the default path will load TicketingComponent and the path /user
will load our admin page (UserComponent). 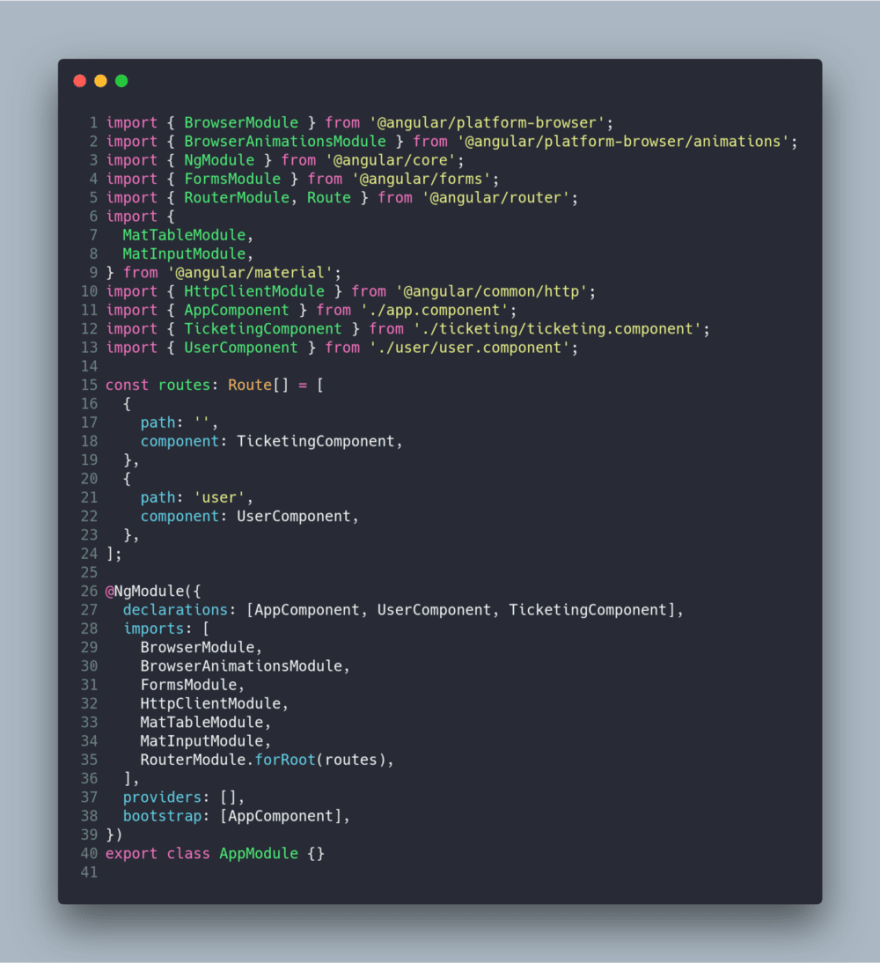 The AppComponent is the bootstrap of our app. This component only runs the
router-outlet.

In any software we develop, we need different constants and environment variables, i.e, http://localhost:4200 is the traditional URI to develop an Angular app, although you need to change the domain or the port when you deploy your app. For this purpose, Angular provides us with configuration to change between different environments.

So, the file AppSettings can define every our constants. The most important
constant is the APIENDPOINT which is provide from the file environment. 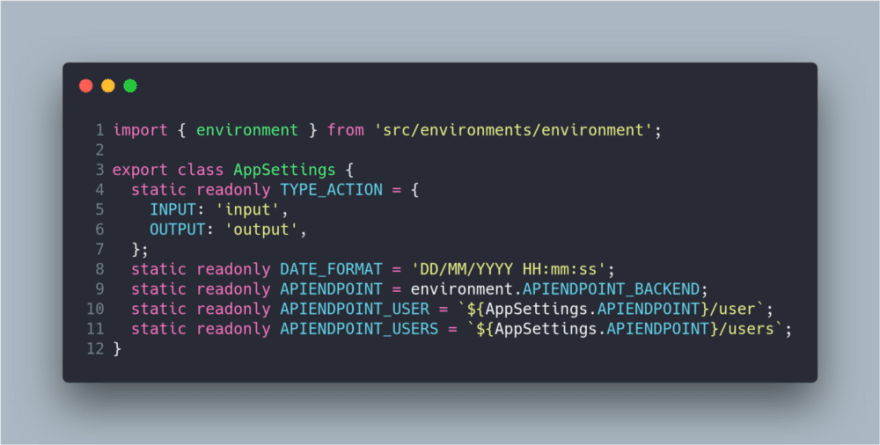 The environment file is loaded by default when you're developing an Angular
app:

The only difference in the environment.production.ts file is the APIENDPOINT_BACKEND constant, which contains the name of the machine on which our app is deployed (In our case, a docker container).

The ticketing component is the most interesting piece of code in this project,
due to it having been developing using RxJSto make the system in near-realtime. This example doesn’t use redux, so the double data-binding is used to refresh the template, from the logic part. This component’s template is the following. 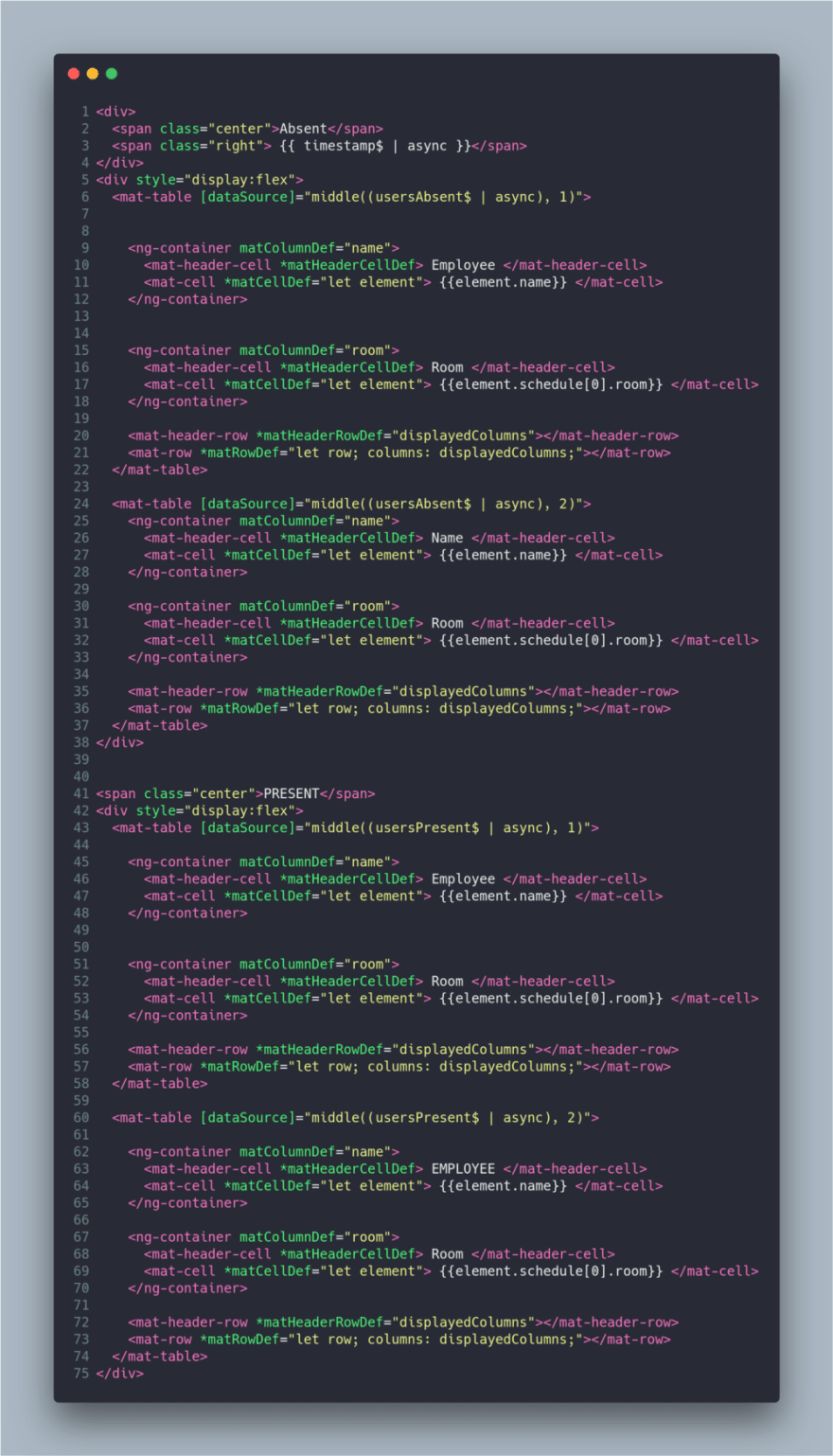 You may note that the template has several Observable$, which are rendered using the pipe async. For example, in the following code, the span tag redered the result of the subscription of the observable timestamp$. This pipe is a syntactic sugar for the traditional subscribe method. You can read more about this pipe in the official documentation.

Other interesting point of the template is the use of the component Material Datatable which can received a set of data to be rendering in a table or an observable using the input [source] but in our case the Datatable will receive a set of data (after that the pipe async will do its job). Futhermore, the data are show in two different tables, so the data are separated in two sets using the method middle.

The CSS is quite simple and is shown in the following code: 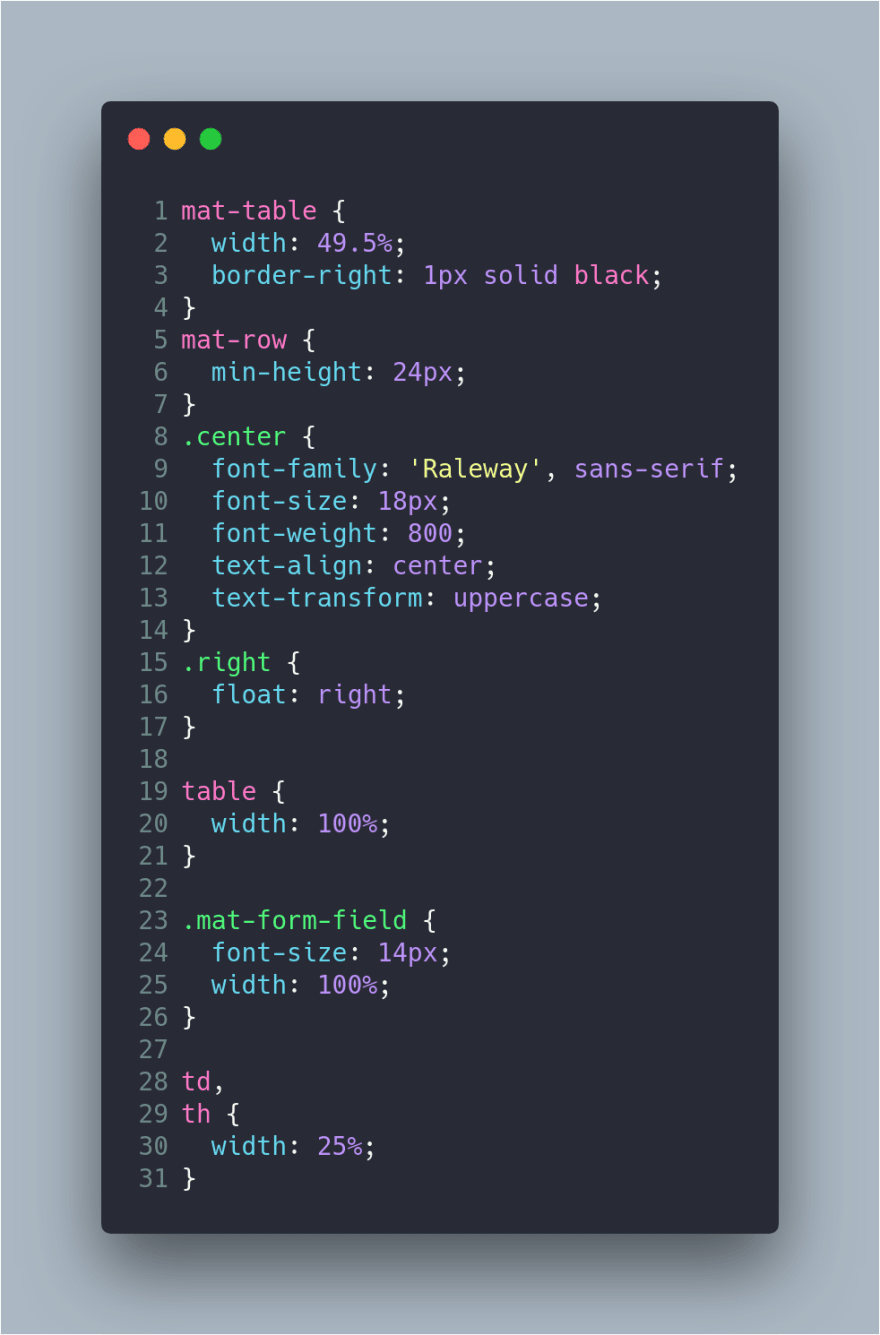 Although this post isn’t about CSS, you must know NEVER to use id's in styling your web (you can read more about this fact in dev.to, CSSWizard
and developingdesigns).

Our CSS file is simple, since it’s only styling our table (which must have a width of 49.50% and different typography size adjustments).

I will now reveal the most interesting piece of code in this post, the TicketingComponent, which has the subsequent attributes: 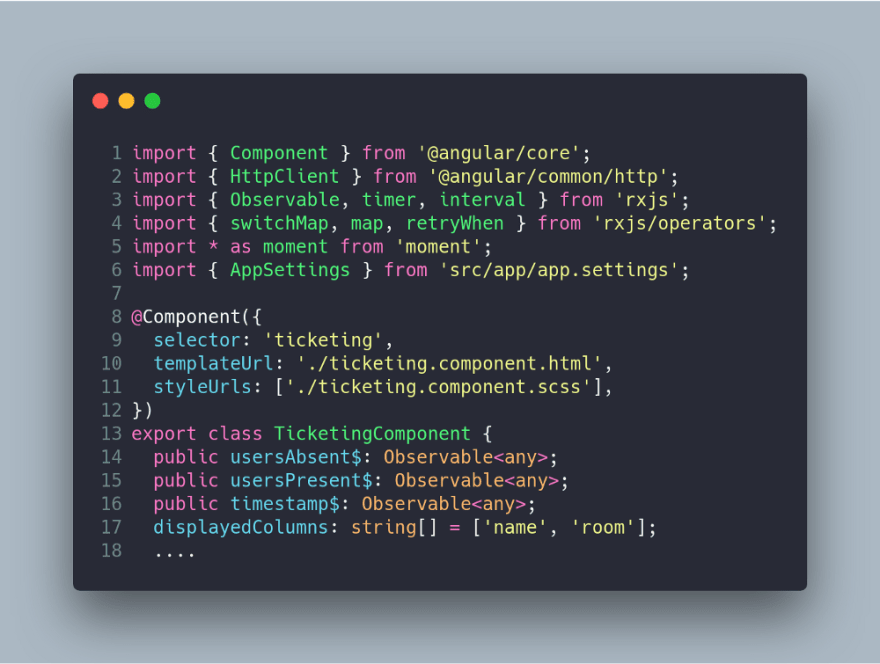 The description of each of our attributes is:

It is very important to remember that we’re using observables in our code to provide us with the power of stream’s manipulation by using the RxJS operators. These observables are subscribed using the pipe async in the template.

Our next step is the component constructor, where the real magic appears! You
must understand the streams in RxJS to be
able to understand the following code: 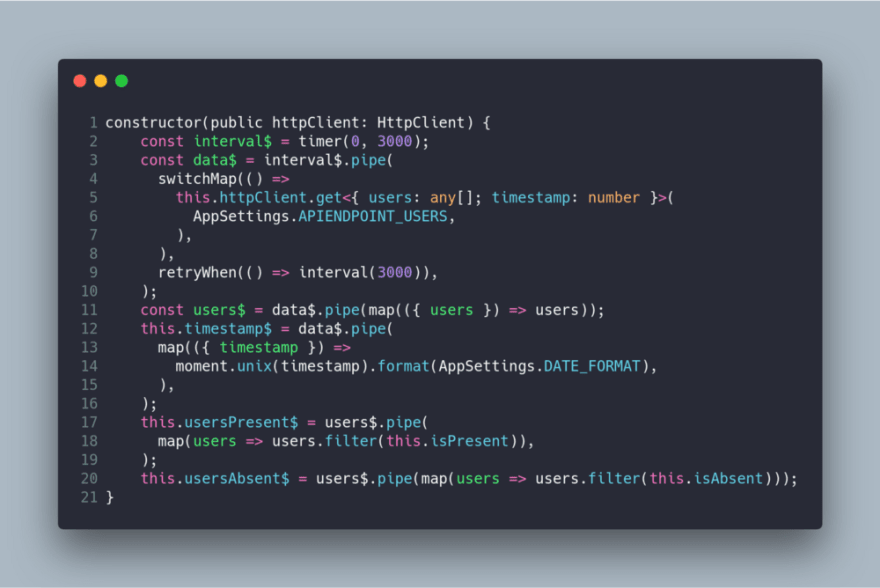 This code does the following:

The get request then return an object comprising a list of users and a timestamp (from the server). Two sections of this code fragment are particularly
relevant:

Perhaps you can now imagine how the usersPresent$ and usersAbsent$ observables are created from the users$ observable. For these observables you must use the RxJS map operator to create a new observable, using the Array.prototype filter method. The last step is creating the private isPresent and isAbsent methods, which are shown subsequently: 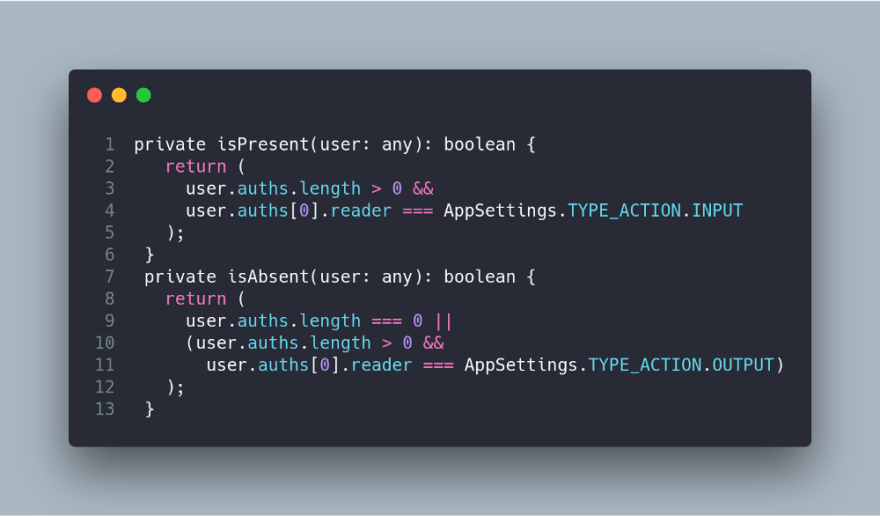 These methods basically check if the user has been authorized by the system, and whether the action is INPUT or OUTPUT.

So, the complete controller code is the following: 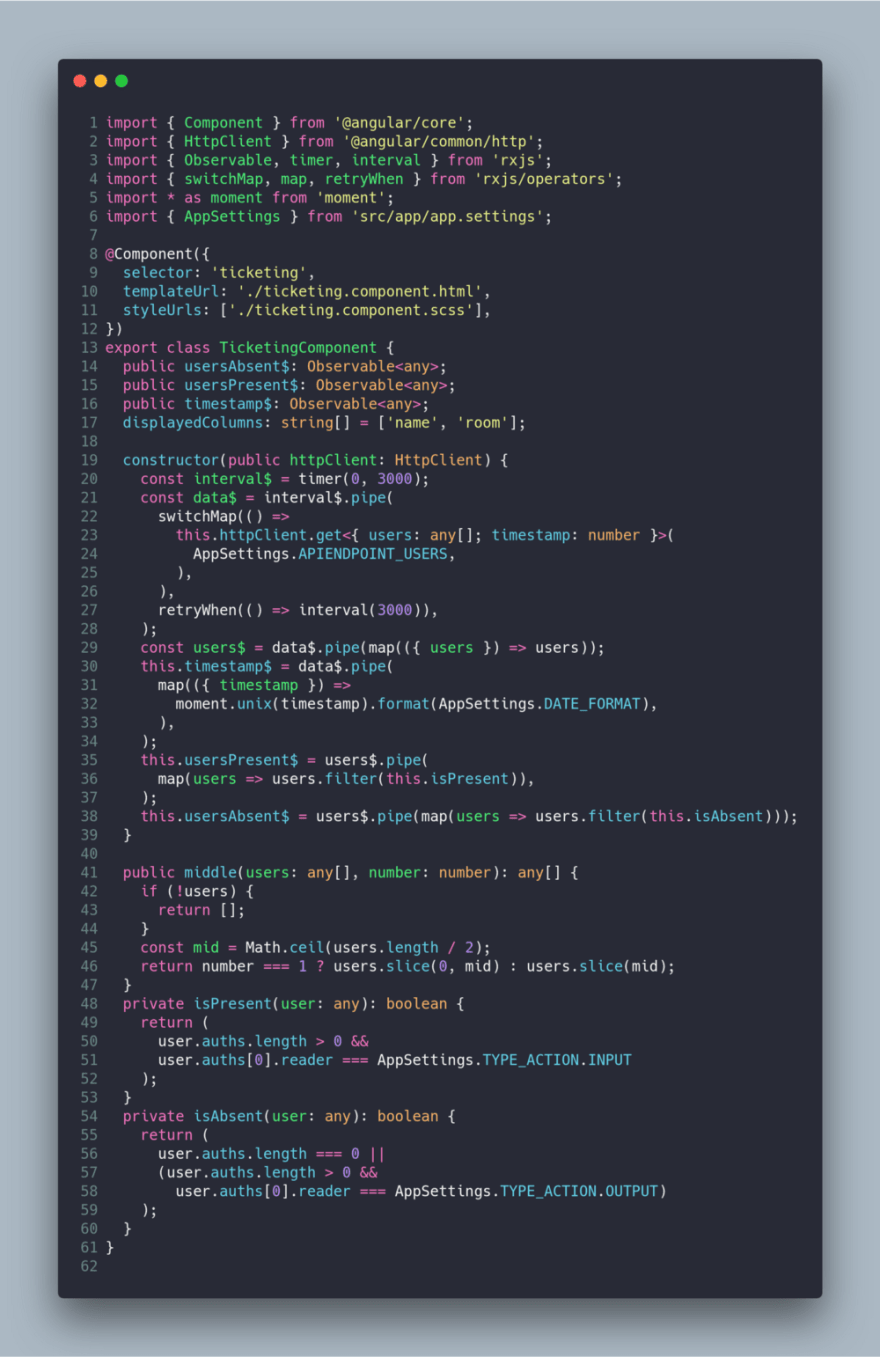 The last component of our basic frontend is the UserComponent, which is a simple form to add users and keys to our database. The idea to build this component is the same as the one used in the TicketingComponent. Therefore, the template to do the operation subscribes using the async pipe.

The template uses the if-else of the ng-container to show a message when nobody has a key.

The UserComponent code is the following: 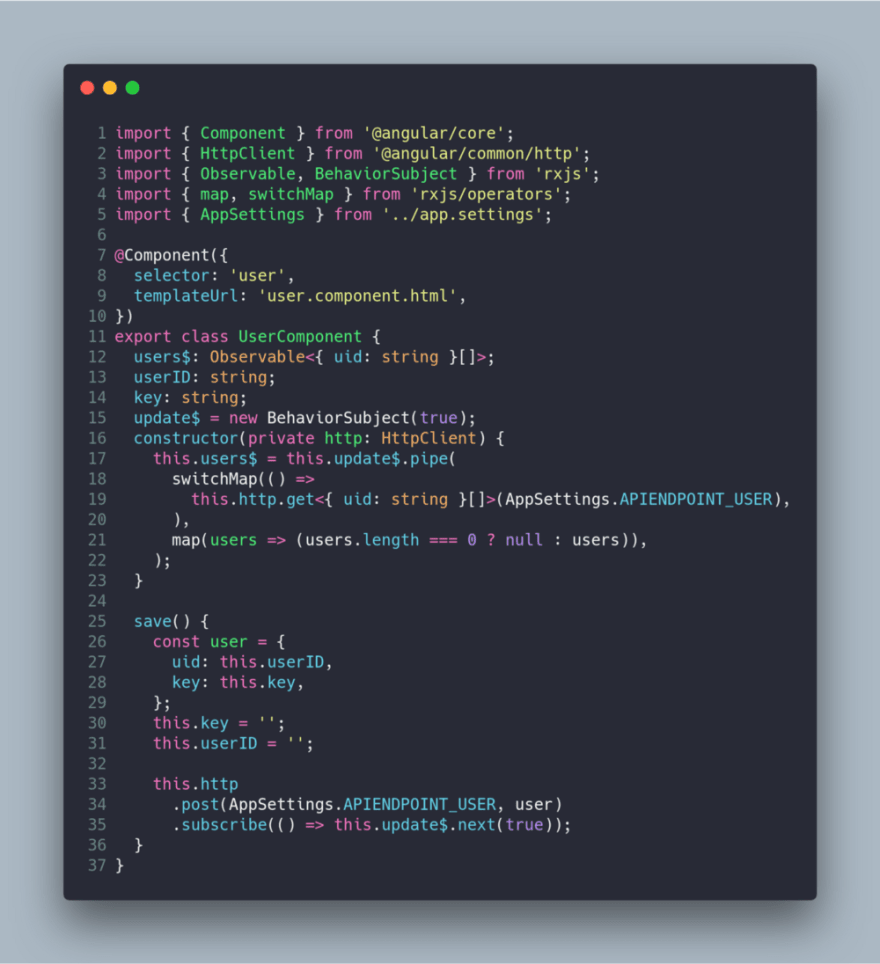 The constructor is very similar to the constructor in the TicketingComponent, due to it recovering the list of users' UID from the backend, by using the switchMap and map operators.

Finally the save method makes a request POST to the backend with the object that the backend requires to save the information.

‌In this post I’ve explained my basic frontend, developed with Angular and RxJS to ensure a near real-time system (using polling as the technique to connect with the server).

The GitHub project is https://github.com/Caballerog/clock-in-out.

Originally published at www.carloscaballero.io on January 18, 2019.