In the previous post, I presented the basic backend structure and the first
module (AuthModule). So, I recommend you that you read that post before this
because you can understand the whole system.

Originally published at www.carloscaballero.io on December 3, 2018.

This post will be presented the UsersModule which is used to manage the user
information. The service UserService provide two important methods:

These methods are used to know that user have not a valid ID Card and add an
user to the system.

So, the first step is show the structure of files of the UsersModule which
is shown in Figure 1. 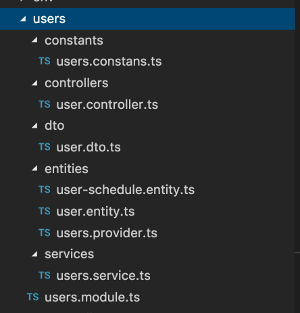 In the develop of this module, we’ve use the same directory structure that the
used in AuthModule but we’ve a new directory called controllers which is
used to communicate this module with the exterior using an APIRestful.
Furthermore, you can see two entities because in this module we need two tables
(User and UserSchedule).

So, the module’s file is shown in the following code: 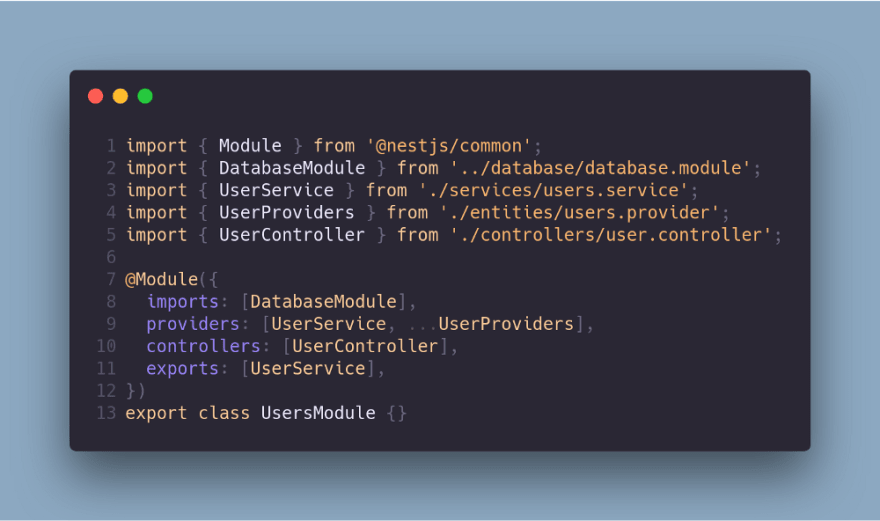 This module only import DatabaseModule to connect with our Postgres using
TypeORM and export the UserService which is used in AppController. In
this module is defined the controller UserController which will be used to
communicate this module with the exterior.

In this module we need use two entities:

So, the first step to define the entities is defined the provider which allow
used the UserRepository in our services by injection. 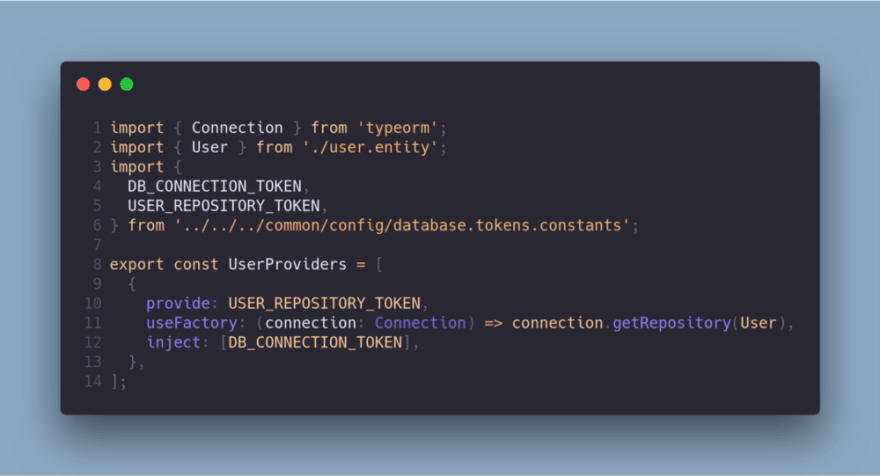 So, the first entity is user which is defined by the following fields: 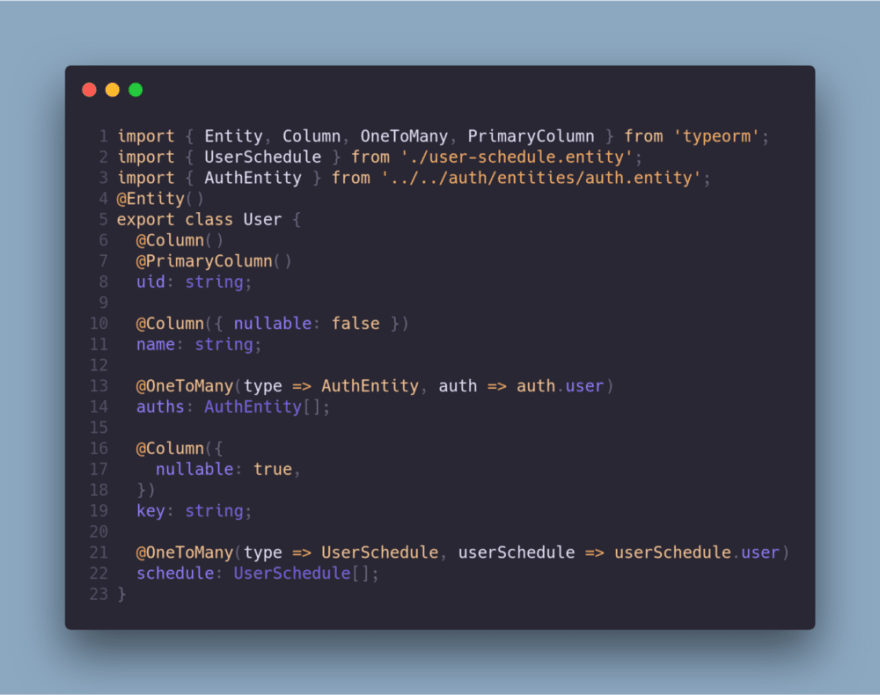 The UserSchedule entity is used to reflect the fact that each session in
which the user must be in the building. The fields which are store in this table
are the following: 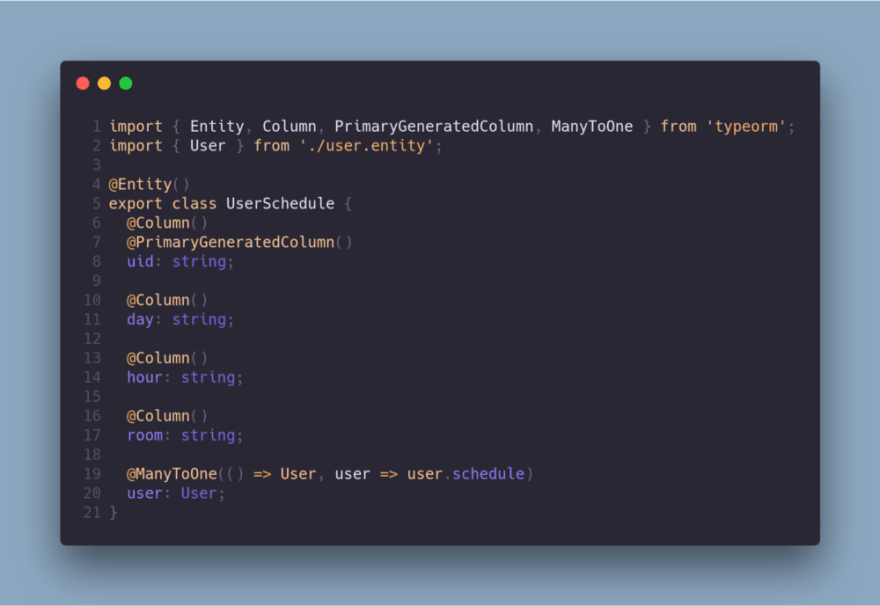 Finally, the system is composed of 3 tables:

The next section is very easy as in the previously post. In this section we
define the constants and DTOs to obtain a better code. The constants are used to
clean the code of strings or numbers while DTOs are used to validate the user
from client-side.

In the file user.constants.ts you can see several arrays: 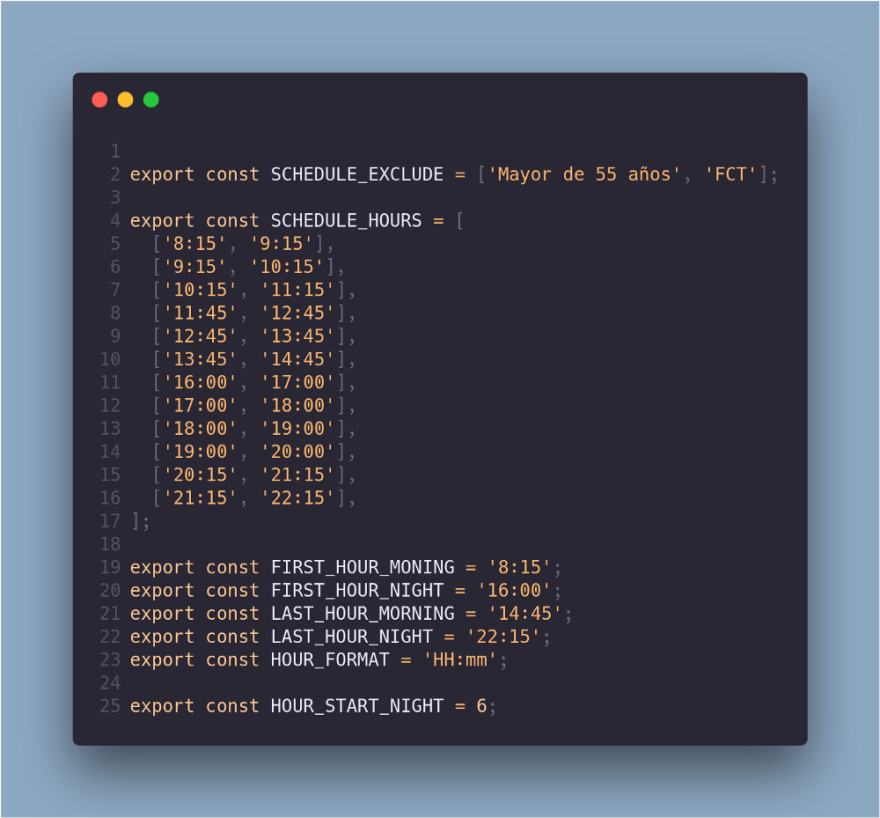 The user.dto file is very simple too. In this file you can see the
definition of a class in which is defined two fields (UID and name). 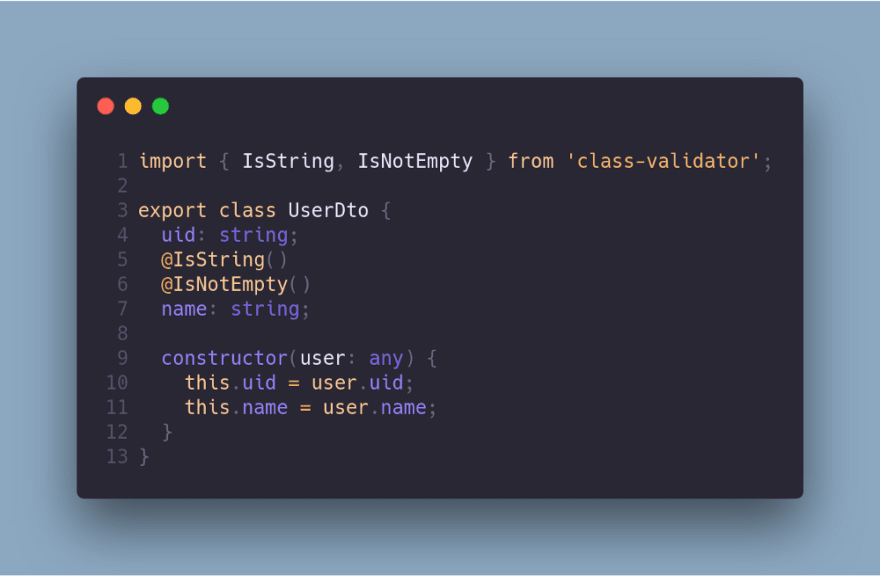 Now is the moment to introduced the user's controller. In this file you can see
that the controller is called user and two verbs are used: 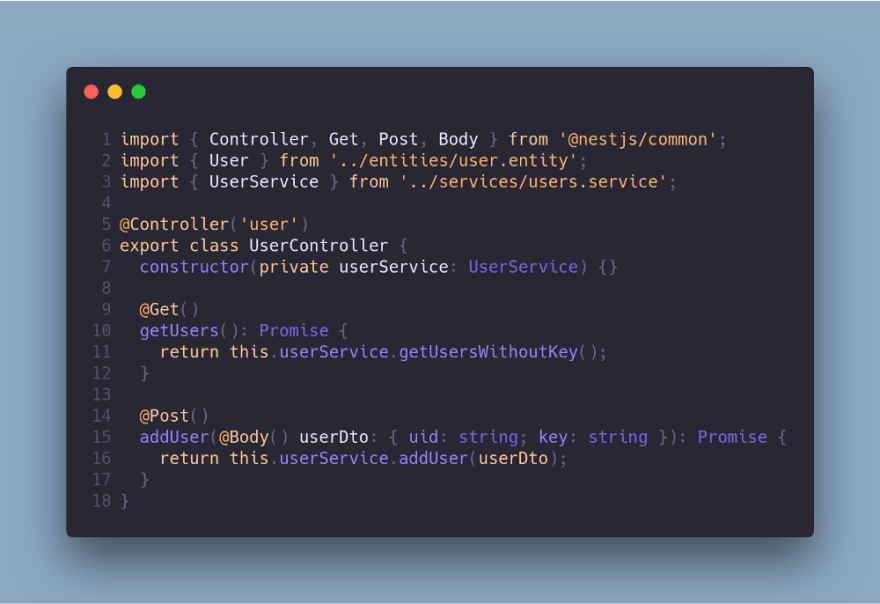 Finally, the most important of this module is the service due to logic of module
is inside this file. So, the UserService has three important methods: 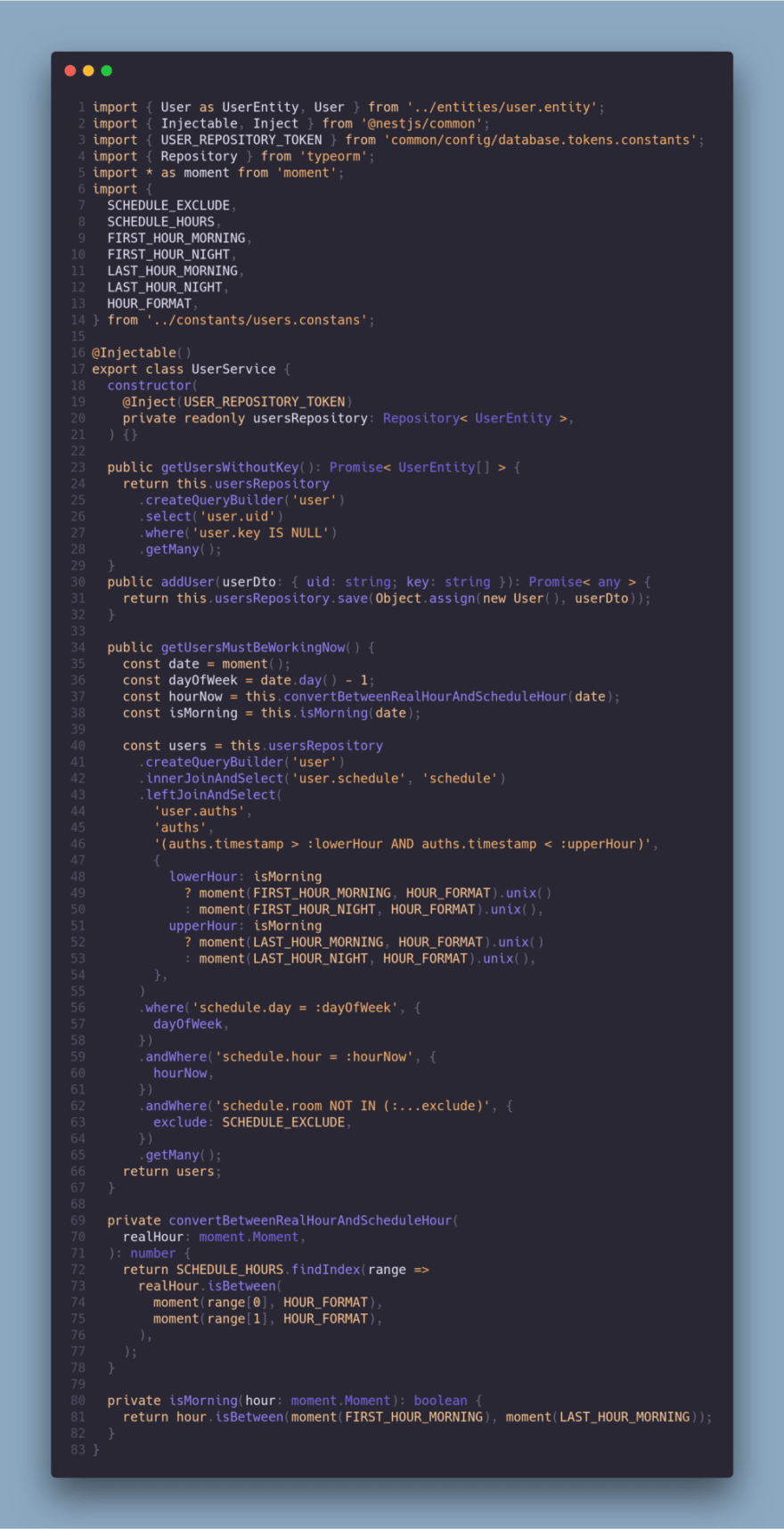 ‌In this post I’ve explain my UsersModule which is very simple because I’m
using clean code in my coding. This module is used to save the information about
users and clock-in/out. The method getUsersMustBeWorkingNow is the main method
of the system because this method return the list of users which must be in the
building using several constraints. This constraints are easily customisable.

In the following post of this series I’m going to explain the AppModule which
communicate the client-side with the server-side and the modules of the
server-side between them.

The GitHub project is
https://github.com/Caballerog/clock-in-out.

Originally published at www.carloscaballero.io on December 3, 2018.