In this first post of the series of post about the clock-in/out system I’m going to describe the system’s architecture. The best way to describe the problem
which our system will resolve is using a diagram. In this diagram you can see
different components which can be in different or in the same server. The Figure
1 show the diagram used to build the clock-in/out system. 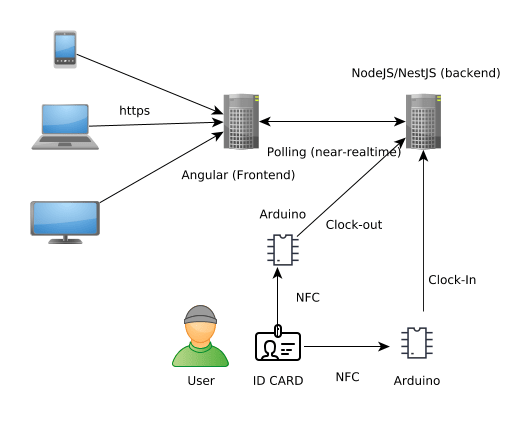 So, the components of our system are the following:

There are several components which could be developed in the future as an
admin panel to manage information about users and cards, personal
information about my check-in/out in the system, the frontend could do search by
users to know if the user is in the building or not. Maybe, in the future this
features could be develop but today will go to presented a basic system of
clock-in/clock-out.

The GitHub project is https://github.com/Caballerog/clock-in-out

Solving day 01 of Advent of Code 2022 in JavaScript