This is the first post about testing and can be the first post about Quality Assessment (QA). This project has not been developed using Test Drive-Development (TDD) from the beginning but I am currently doing the testing phase. Thanks to the testing phase I have identified a lot of mini-bugs which could had been a big problem in case this project had been in production. The reality is that the project will be in production mode in the following weeks. These tests will be very useful to repair several bugs that have been discovered in this time.

In our case, I am going to describe that we should test:

Therefore, in our project, there is no need to do test DTOs, constants, entities and modules because those test are hard and the value is small.

The backend is developed using the NestJS framework which uses Jest as testing tool. Furthermore, NestJS includes a powerful package to testing which emulate an environment similar to the Angular Testing Package. 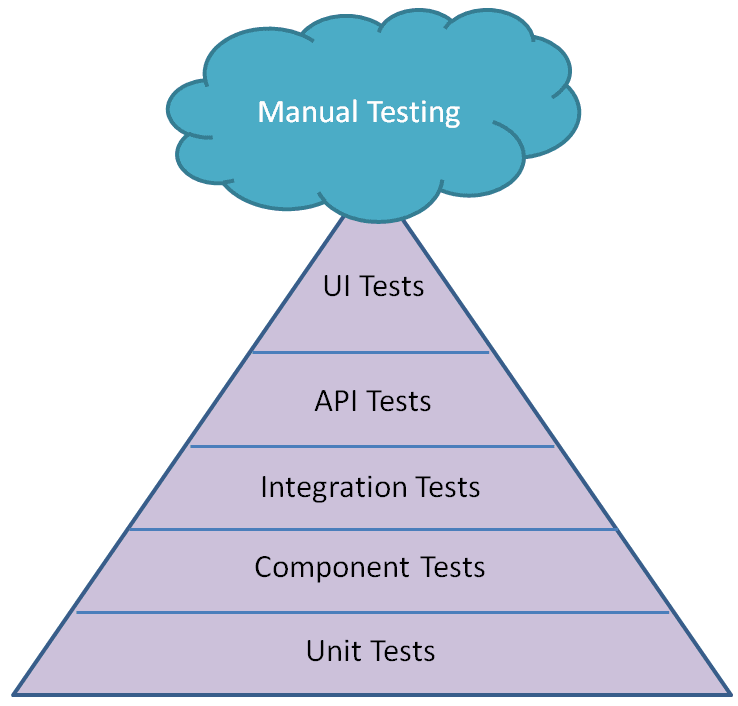 The first controller we are going to test is the app.controller.ts which use a service: AppService. Therefore, our test suite must check that app.service will invoke the methods using the correct parameters.

The first step consists of the initial configuration for each test that we will develop. So, the app.controller.ts requires a service in its constructor (AppService) which will be a spy. The Testpackage from @nestjs/testing provides the method createTestingModule which creates a testing module to test. In this testingModule the providers array is composed by the AppController and a spy created using a factory to intercept the AppService. The following code shows you this initial configuration: 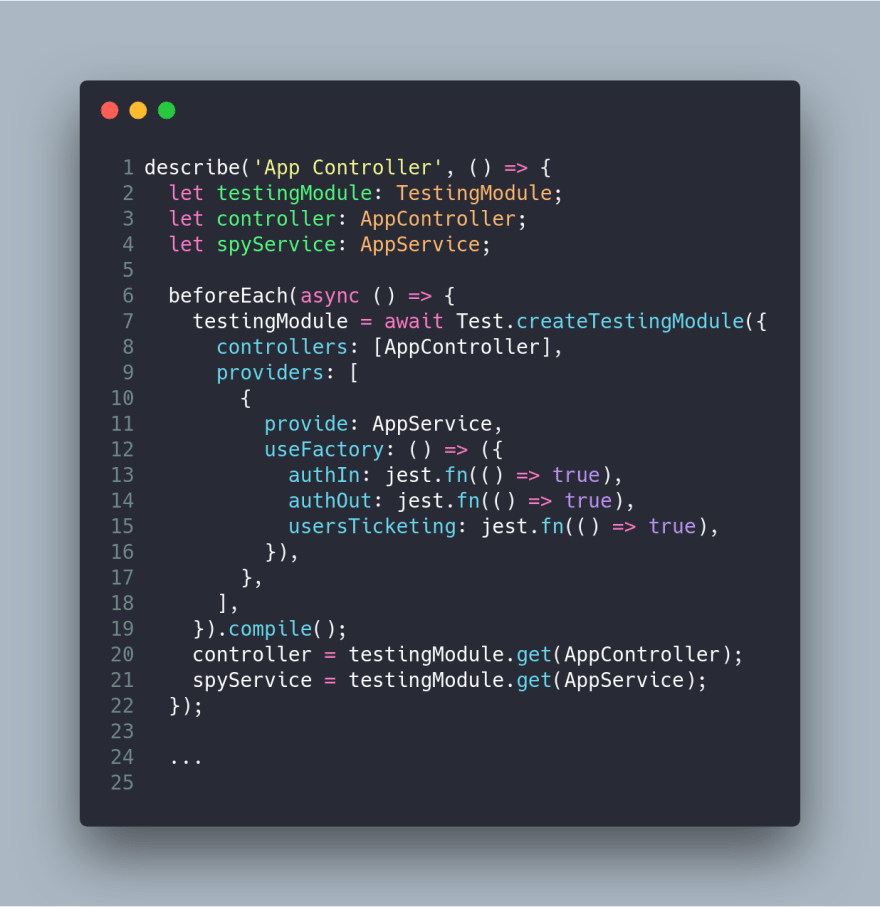 The next step consits of knowing what we want to test. The main idea is to test each function/method independently of any other. So, the following methods are the code of app.controller.ts. 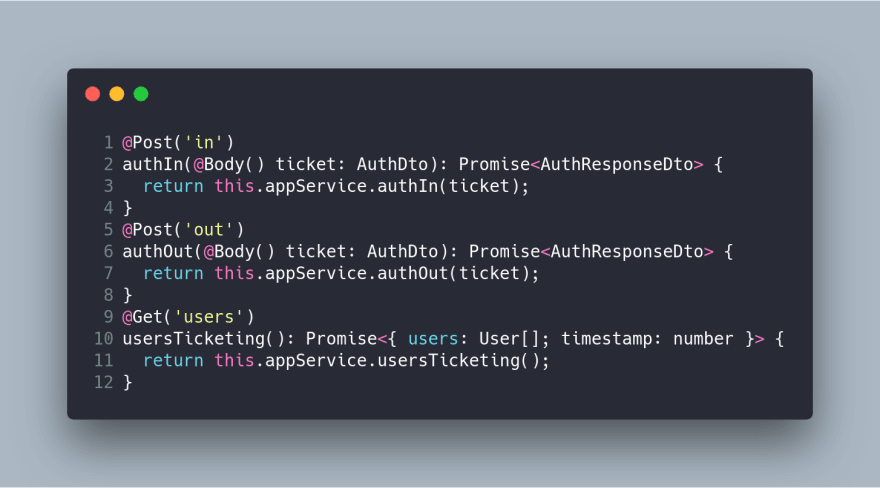 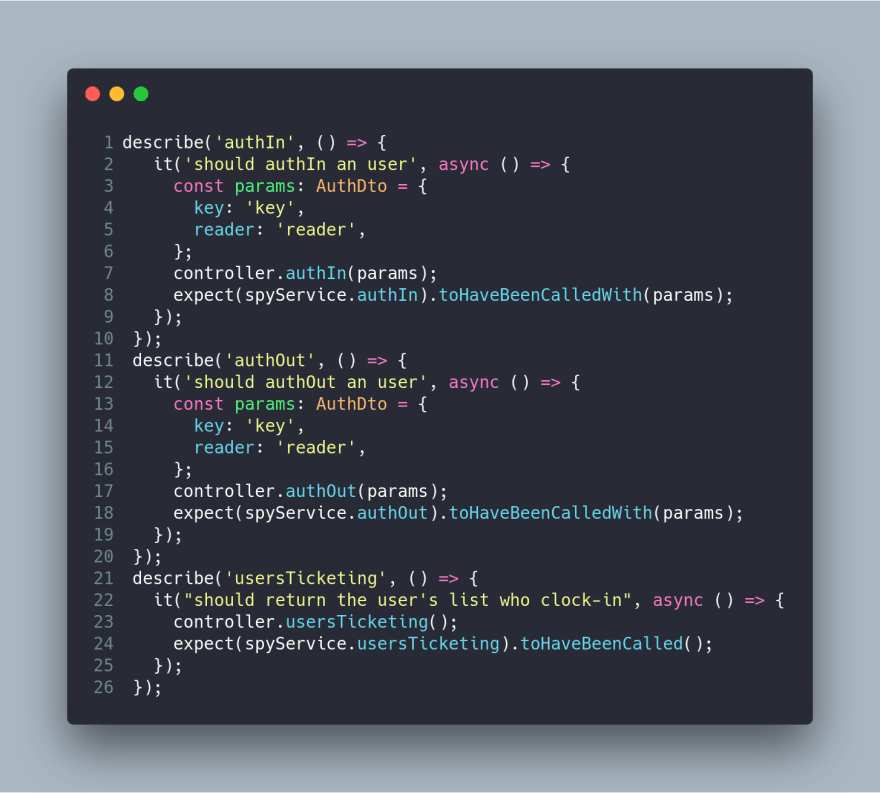 In the previous tests you can note that the expect is related with the method authIn, authOut and usersTicketing which check that these methods were invoke and the parameters were the corrects ones. In these methods the errors thrown in the methods authIn or authOut are not relevant due to in theses methods the responsibility is delegated to the AppService.

The procedure to test the user controller is the same that was used in app.controller.ts. So, the first step is the create the test module which contains the spy and controller that will be used in the following test. 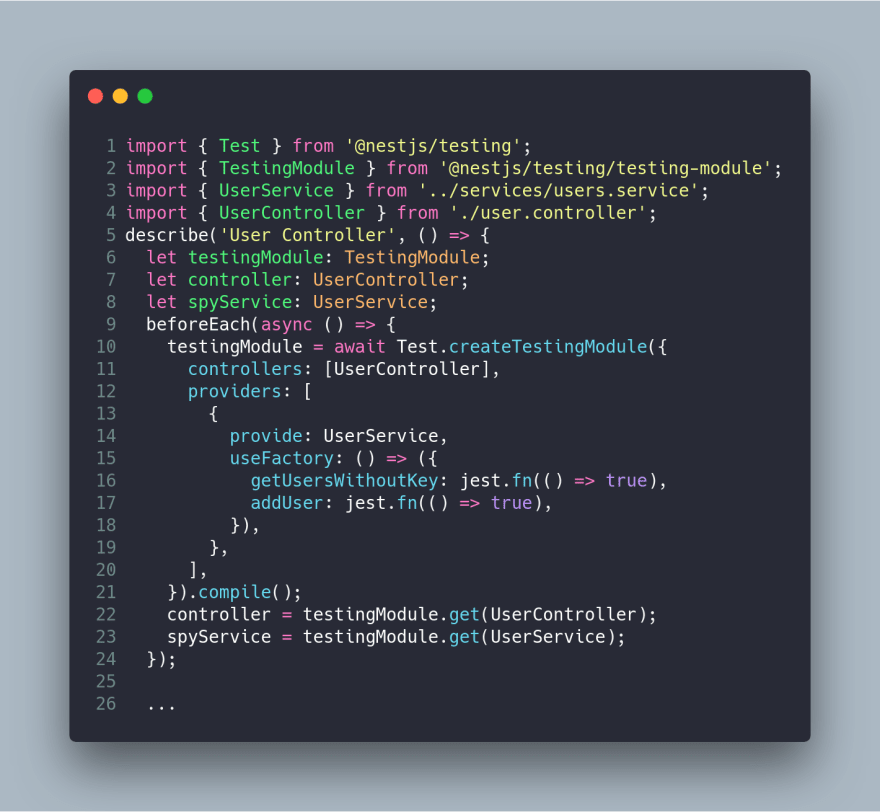 The methods are very easy to testing because the technique used is the same that in the app.controller.ts. So, the code to test is the following:

And its test suite only check if the methods getUsersWithoutKey and addUser are invoked with the correct parameters as you can see in the following code: 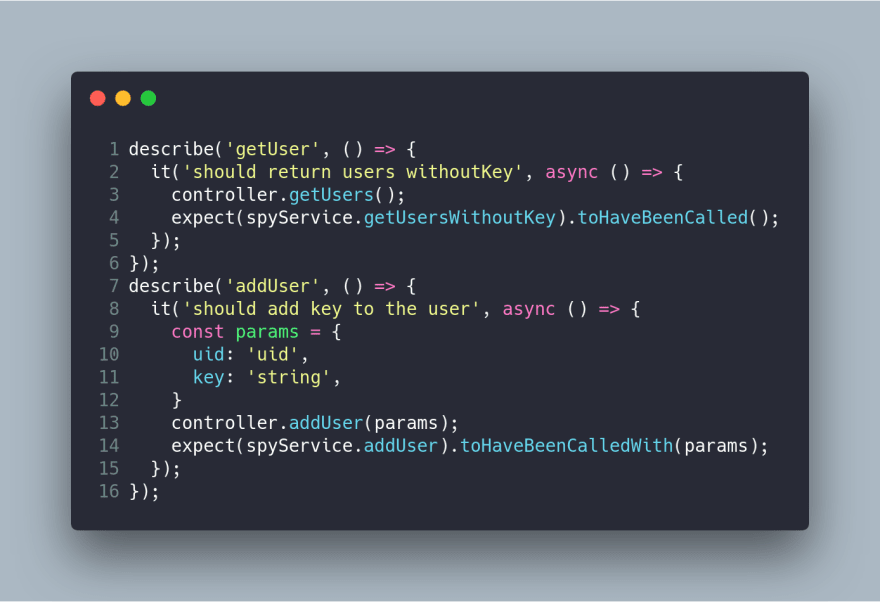 In this post I have explained how you can test controllers of your backend using jest and the NestJS Framework. These test are very easy if you know as the spies works. In fact, the controllers frequently invoke methods of the services.

In the next post, I will show you as you can to do e2e test of the backend.