Create a "store" with "configureStore" 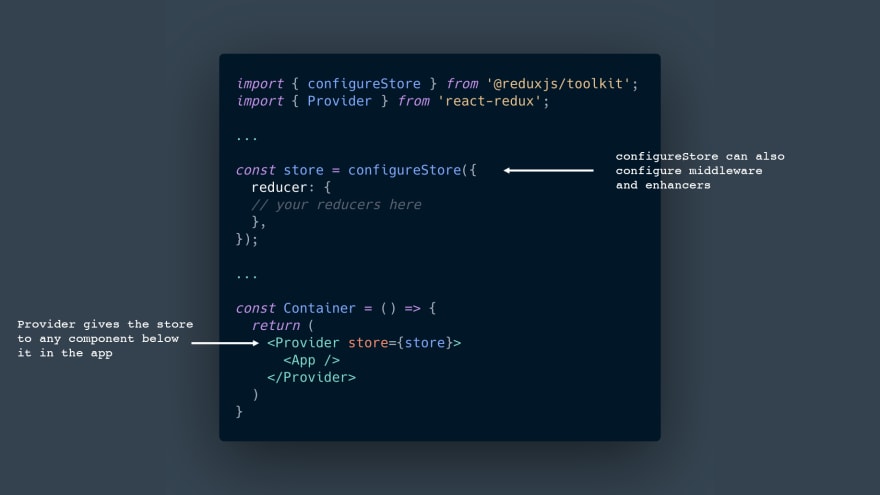 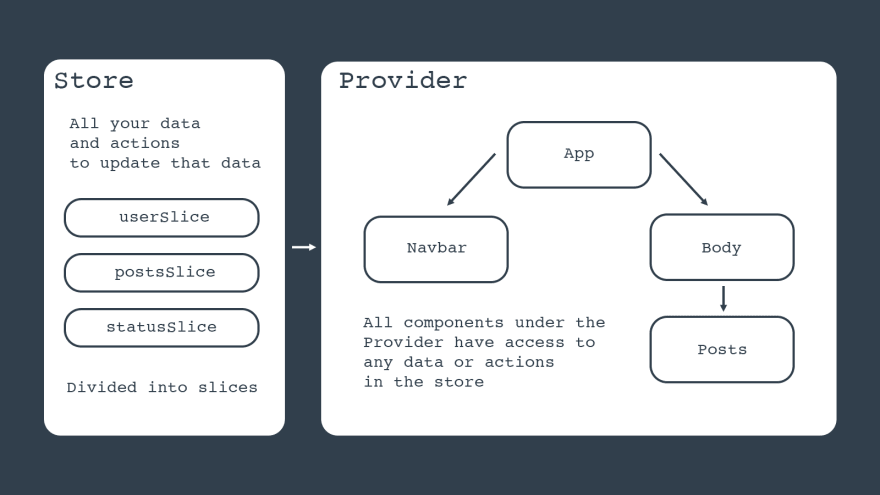 A slice holds a chunk of the state, plus the functions that can update that state

No more changing 4 different files just to write one action! 🎉 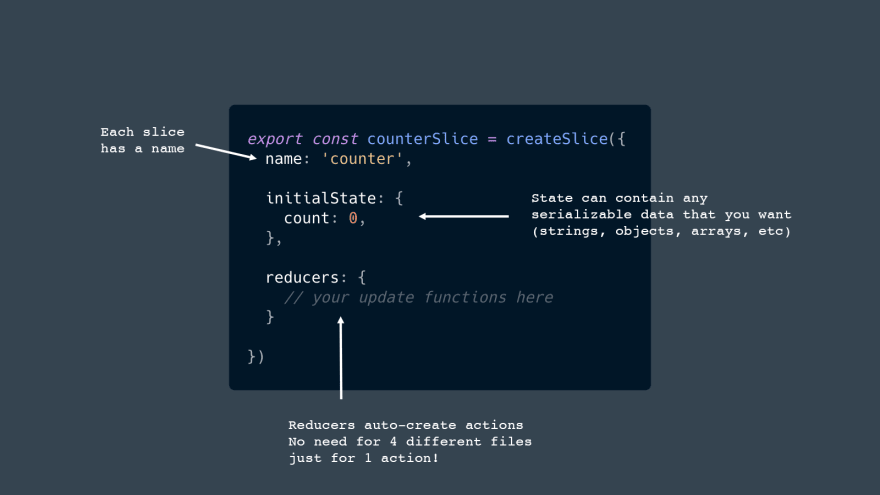 The slice ".reducer" (singular) is auto-created when you define your "reducers:" (plural) in the slice 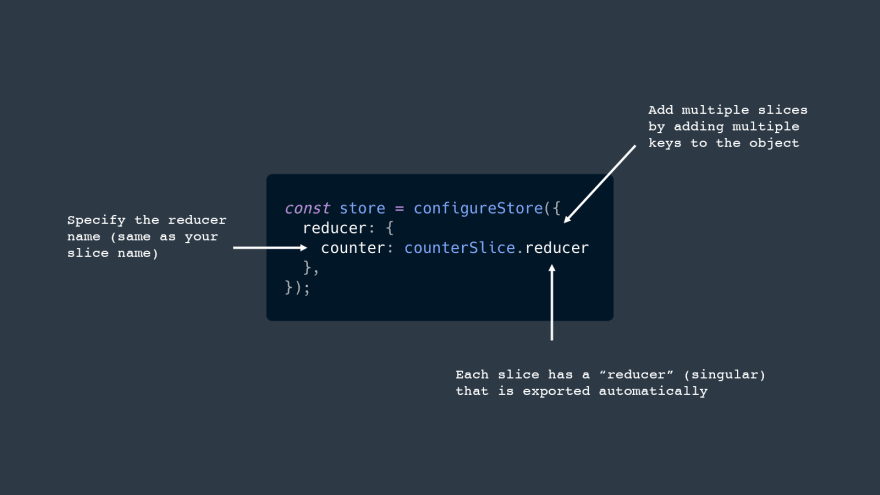 Functions that update the state in your slice are "reducers"

A reducer takes the current state and the action (data) being performed,

and updates the data in the slice's state

(redux-toolkit uses immer, so those state changes are actually non-mutating) 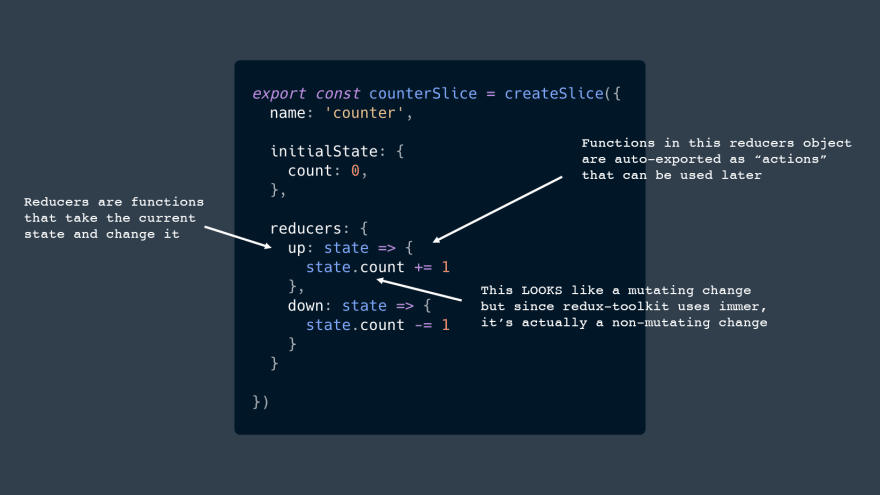 To get values from the store in a component, use a "selector" 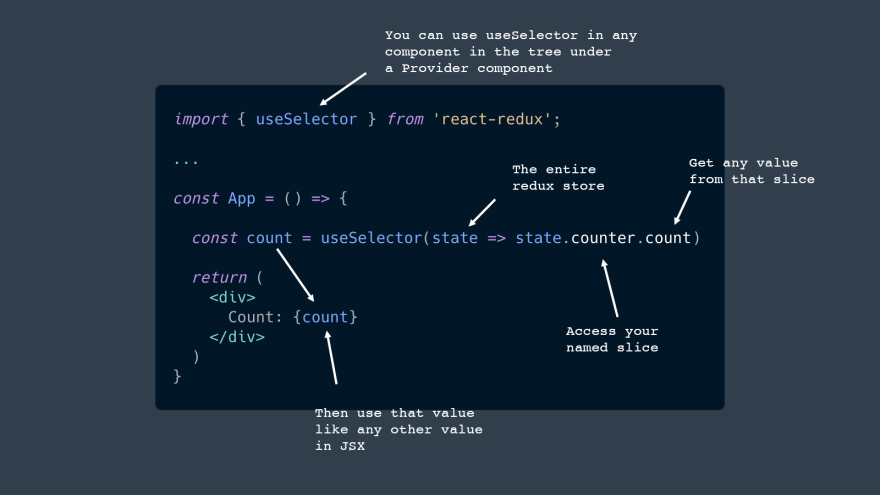 To change data in the store, use the "actions" that are exported from the slice

These actions are named based on your named reducers

You don't call on their own however, because they need the current state and action params 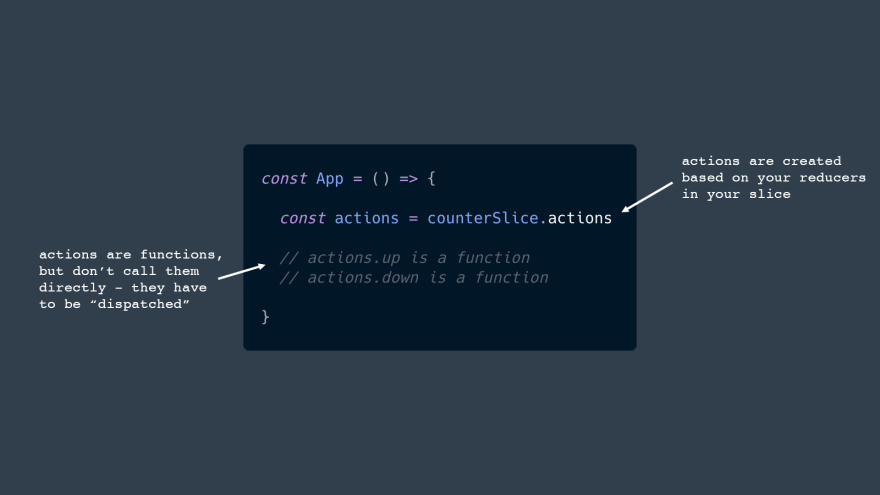 To call the action, you "dispatch" it to the store

Use the "useDispatch" hook to get access to the "dispatch" function

then dispatch your action using that function 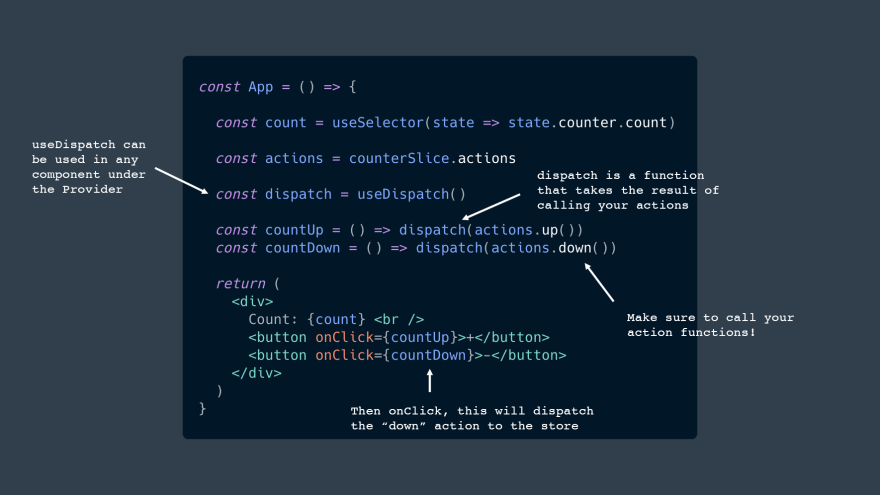 Actions can take params as well, which are passed in as the second argument to the reducer

the action "payload" will contain whatever is passed to the action

(to pass multiple params, use an object) 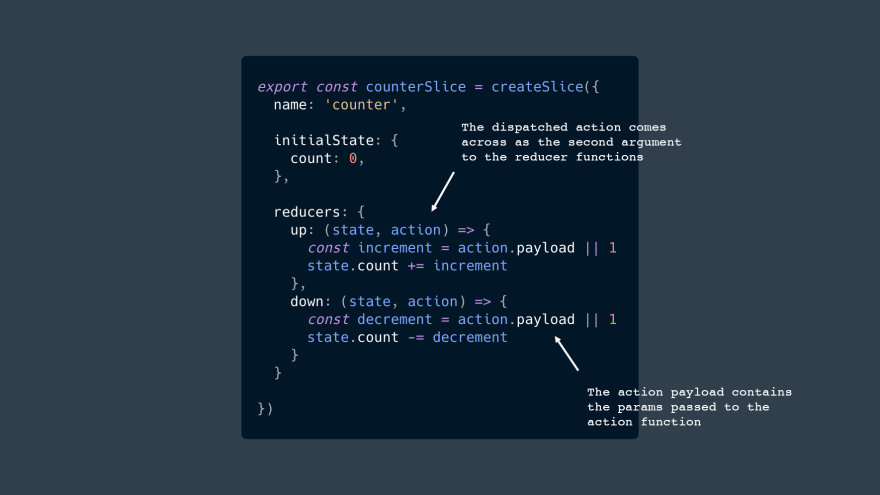 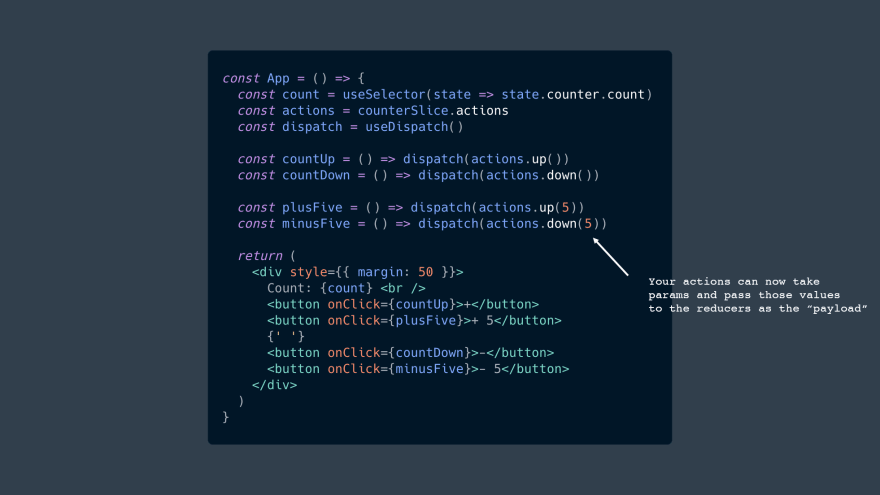 For async actions (like fetching data), you can use redux-thunk (already included!)

Create a thunk (function that returns a function)

it's async and gets dispatch as a param

dispatch inside your thunk function 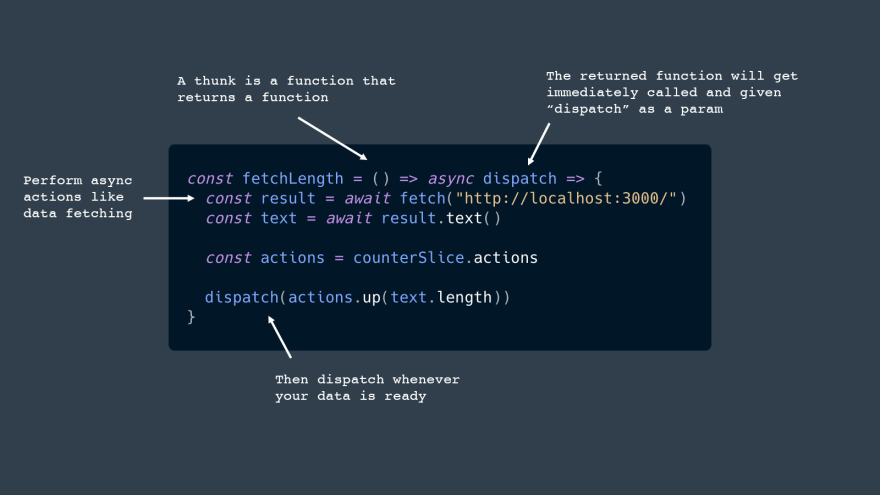 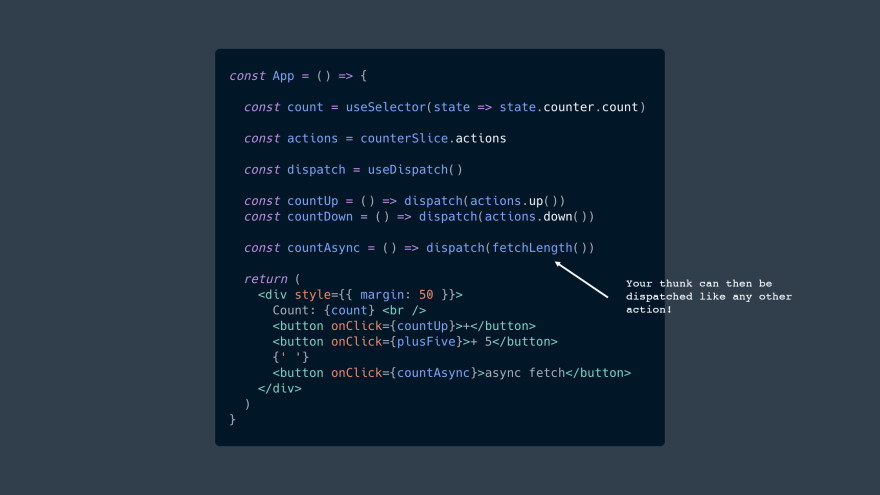 What about just using Context instead?

Yes, I generally start projects with just context, but redux can have some advantages for larger projects or teams:

Code for this example:
https://github.com/chrisachard/redux-toolkit-example

The current redux maintainer and general keeper of many links:
https://twitter.com/acemarke

Fresh – Is this new Javascript framework the Node-killer?