Hey everyone! Hope you enjoyed solving last week’s challenge. In case you haven’t seen it, I’ll link last week’s article so you can go check it out.

The article
The challenge on Coderbyte

So for the example:

Here is an illustration that might make this a little clearer. 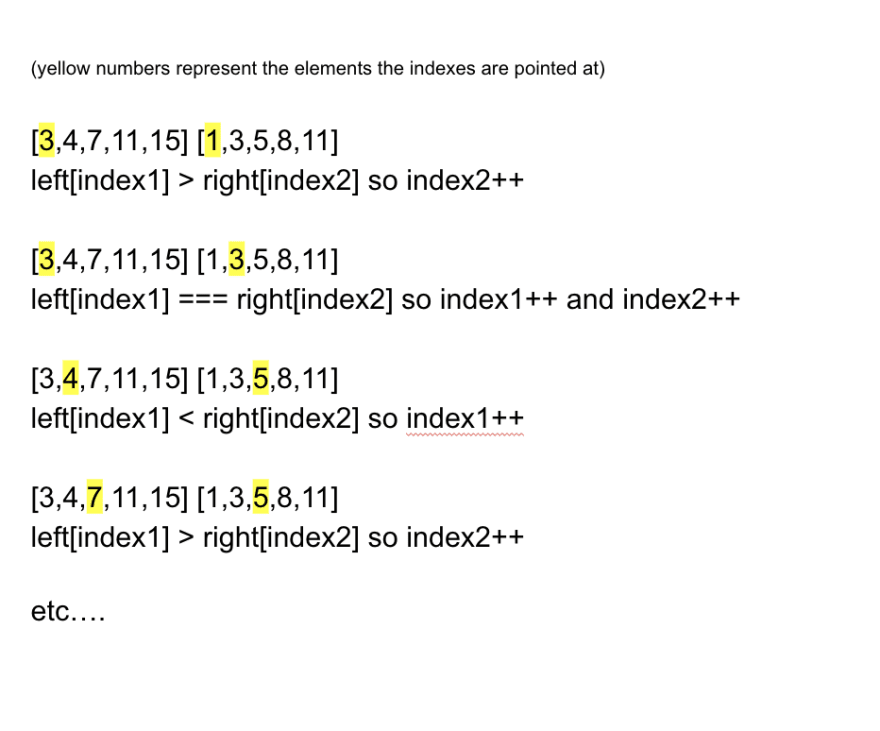 For this week, we'll be solving a coding problem that was given in an actual Google phone screen interview. Remember to head over to Coderbyte to submit your code!

Write a function that takes an array containing two strings where each string represents keypresses separated by commas. For this problem, a keypress can be either a printable character or a backspace (represented by -B). Your function should determine if the two strings of keypresses are equivalent.

Have fun and you got this!!

We’re going to be sending out a small, feature reveal snippet every time we release something big, so our community is the first to know when we break out something new. Give us your email here and we'll add you to our "first to know" list :)

7 Supportive Tech Communities You Want To Be Part Of

Visit Coderbyte to improve your coding skills and prepare for your next job interview.

Once suspended, coderbyte will not be able to comment or publish posts until their suspension is removed.

Once unsuspended, coderbyte will be able to comment and publish posts again.

Once unpublished, all posts by coderbyte will become hidden and only accessible to themselves.

If coderbyte is not suspended, they can still re-publish their posts from their dashboard.

Once unpublished, this post will become invisible to the public and only accessible to elisabethgross.

Thanks for keeping DEV Community 👩‍💻👨‍💻 safe. Here is what you can do to flag coderbyte:

Unflagging coderbyte will restore default visibility to their posts.