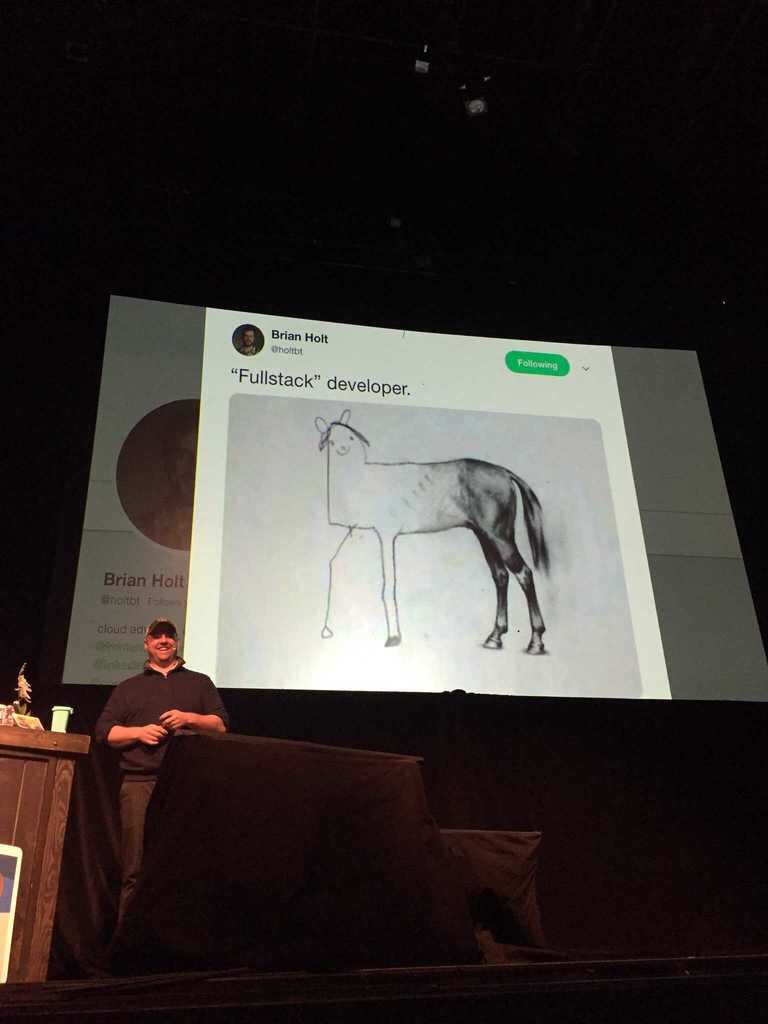 The meme above could potentially be casting shade on “full stack devs” by depicting them as a drawing of a horse but where only the backend is drawn out. If you were building a team, would you rather have that meme image above, or a developer who only knows one part of the system?

Personally, I would take that meme image in a heartbeat. I’d also take a “partial stack” dev if they are curious (described below).

I mean I get it. It’s a funny meme, but we need less walls and more bridges. All too often, managers stand behind tired ideas like “there is no full stack developer” and then force team structures that prevent good, quick conversations. Listen, our users don’t care about our architecture, they care about the code working end-to-end. I’d prefer that managers and leads invert their thinking or at least open up to the notion of a happy, autonomous team.

I think the best rationale for a “full stack dev” is that the healthiest teams are full of empathetic people who are willing to put themselves in the shoes of any member of their team (regardless of where they specialize) so they can learn about the challenges of their teammates. It’s a great way to ensure:

Modern web development is pushing hard for “full stack teams” not “full stack devs.” If there was an image like that of me, it would be a horse with mostly the ribs and the abdomen shaded in. I am no CSS expert, nor am I a SQL guru. Each person will always have their strengths and weaknesses, but together the team should be fully autonomous and productive. I mean it. Each member of the team is valuable.

I know that I shouldn’t be so bothered by this but I am. And if I’ve learned anything from the Buddhist scholars that I use as research for this blog... it’s that you shouldn’t cast judgement on your emotions—- you should accept them. And I’m accepting the fact that I’ve been burnt by teams before that were not truly operating like a team. I don’t want to wait 2 weeks for the backend developer to get back to me with a new API so I can finally start my UI task. Let’s just work on the API and the UI together.