While Working with any backend framework , I am sure you must have heard of this recurring term , JWT(JSON Web Tokens) ,
and I tried to gain more insight into this concept since past few days while working on my Full Stack MERN Project and thought why not share some insights , which can help other Developers in the Community as well.

So , Let's get started and get to the meat of the things :

JWT or JSON Web Token is basically a token which is used for authorisation of a Client/or Host/or User , and mind my words , it is used for Authorisation , not Authentication . There is a fine line difference between both of these two terms.

Let's take example of Facebook, which we all use in our day to day lives : 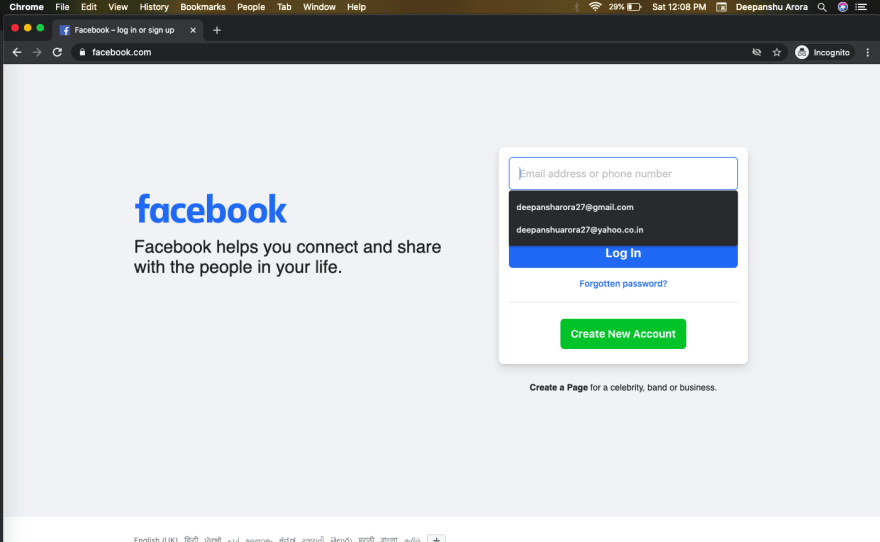 Now , since we are clear with Authentication , let's get to Authorisation .

By Authorised in this context , I mean that you must have the access right and privileges, to make sure that Facebook's Server accepts your request, to update your Profile Picture on Facebook

Now , the question which arises here is that , How will Facebook get to know , that I am an Authorised User , and can successfully update my profile picture on Facebook.

It gets to know it through the help of JWT(JSON Web Token Only). Let's see how :

Let's have a look at the Second Process as of now:

Step 1 : In the Initial Step Number 1 , the client tries to login using their credentials.

Step 2 : After getting logged in , in Step Number 1 , and getting authenticated successfully, the backend generates a JWT Token and embeds it along with a secret key(which is generated at the backend server side only) and then that token is sent back to the Client/Browser.

Let's also analyse the structure of JWT also for a minute : 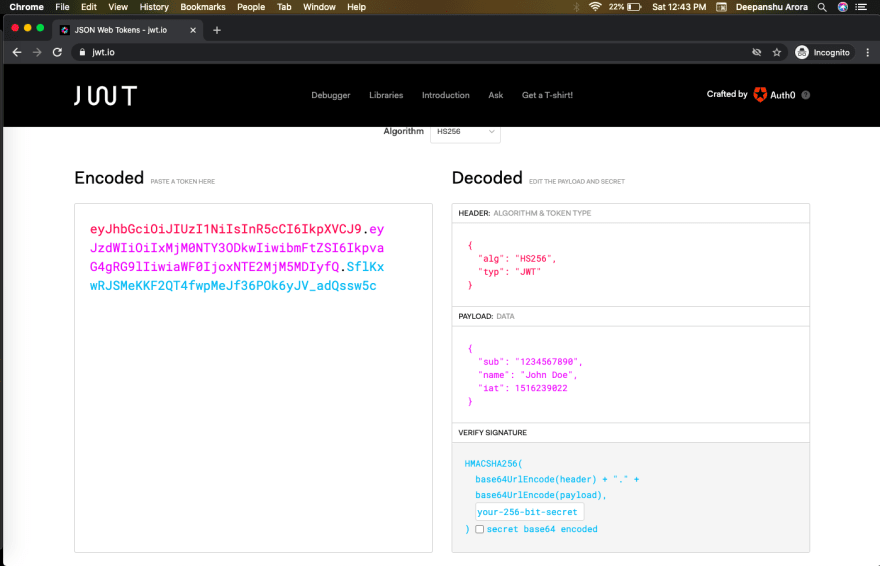 If you take a look on the left side, the token is encoded and if you observe carefully , there are 3 parts to this token. These three parts are as follows :

HEADER PART:
The Header as you can see in the Screencast as well , contains information about the Type Of Algorithm with which the Token is encoded(which is generally HS256) and the type of token it is .

PAYLOAD PART:
The Payload part is the main part, where the details of the client who is making a request to the server , so that the server knows that client is actually an authorised user and he is having the access privileges to access what is technically known as a Protected Route

Payload is a JavaScript Object

Signature Part is I believe where the real magic happens. It is where the Server in the Backend actually gets to know, that
the User is who is trying to gain access to the Protected Route , should be given the access or not.

Now,How does the Server Identify that ?

When the Client to access a protected route , we know that along with the request , token is also sent and it contains details about the User , which are encoded in the Token Itself.

So, this is how the process of Authorisation with Tokens Work.

Now, Coming to the Second Part of the Question i.e. Why this Approach of Authorisation with Tokens is more powerful than traditional Session Management

Let's say , you have your Application and 2 server(First is the Primary Server and Second is Secondary Server). In Case the traffic load on one server reaches its threshold , all the requests are redirected to the Second Server. Now , Had we used the traditional session management , the Users who had been redirected to the second server , would not have been able to access the Protected Routes.

Reason being , in case of traditional session management, the data related to the User would have been stored as Session ID in the Cookies of the Browser , and since second server is not the primary server , all the requests of authorising themselves would have been rejected.

So, this was all about Process of Authorisation with Tokens and with the Help of Traditional Session Management

I hope , I was able to provide some value with the help of this article. If you liked it , please share it so that other developers in the Community can benefit from it. Thank You

Once suspended, deepansharora27 will not be able to comment or publish posts until their suspension is removed.

Once unsuspended, deepansharora27 will be able to comment and publish posts again.

Once unpublished, all posts by deepansharora27 will become hidden and only accessible to themselves.

If deepansharora27 is not suspended, they can still re-publish their posts from their dashboard.

Once unpublished, this post will become invisible to the public and only accessible to Deepanshu Arora .

Thanks for keeping DEV Community 👩‍💻👨‍💻 safe. Here is what you can do to flag deepansharora27:

Unflagging deepansharora27 will restore default visibility to their posts.