In this guide, we will build a reusable module and publish it as a Node.js package. 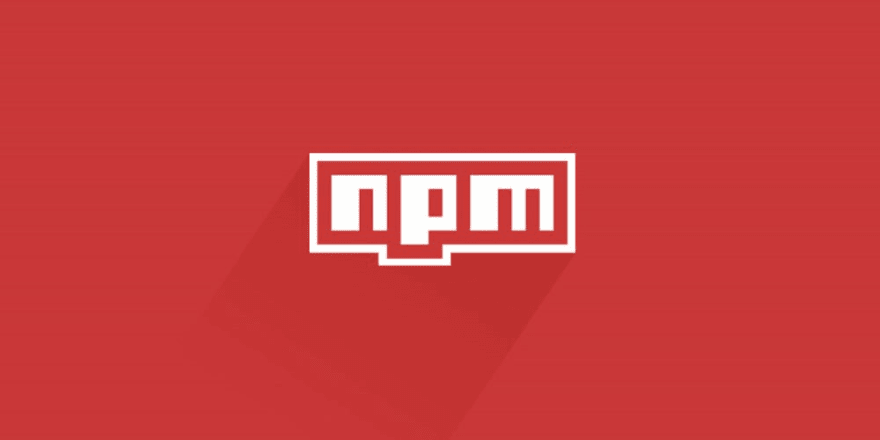 npm is the most popular package manager for JavaScript. It’s the most extensive online package repository, containing over one million packages. Also, it’s a command-line interface tool used by developers to manage their Node.js projects.

Developers can easily share and update software. When developers find solutions to small but powerful problems, they submit their software to npm’s central registry. Here anybody can download the code as well as receive future updates on the ‘module’ or ‘package’. Some packages are widely used.

How npm is working?

As I mentioned, npm provides us command-line interface tool so it provides such important commands to use (add a dependency) in our project.

npm, install downloads a package and its dependencies. npm install can be run with or without arguments.

if you run without arguments, npm install downloads dependencies defined in a **package.json** file and generates a node_modules folder with the installed modules.

npm, install also generates a package-lock.json file. This file describes the exact dependency tree that was installed. This makes it easier for subsequent installs to use the exact same tree.

if you run with arguments, npm install downloads specific modules to the node_modules folder. and add dependency in package.json file and package-lock.json.

npm install can be run with different options. Here are some of the more important ones to be aware of.

if you run with — global or -g, npm install installs the package globally. This means the package is installed in two places. The first is at the root directory where package.json is defined. The second is the global node_modules folder on the user system.

Other few Commands which is useful when you deal with npm.

There are two types of npm packages.

With npm private packages, you can use the npm registry to host code that is only visible to you and your chosen collaborators, allowing you to manage and use private code alongside public code in your projects. see more

As an npm user or organization member, you can create and publish public packages that anyone can download and use in their own projects. see more

Step 2: Create Project if you don’t already have a project.

This command will help you to create a new package.json and it will ask you for the basic information which will be useful to publish the package.

Version: you will be advised to start your project with version 1.0.0, however, if you are just starting your project you’re probably better off starting with something like 0.0.1 and switching to 1.0.0 when the code has been tested further. Also, other developers using your library will appreciate that your versioning reflects the state of your code.

Description: it should be straight to the point and easy to understand.

Entry point: This is the entry file for your library. default index.js

keywords: it can help identify a package, related modules and software, and concepts.

Now Your Package.json file is ready.

Now, you are done with creating the npm package but before publishing it to the npm repository, you need to make sure it works when you use it

go to the publish-npm-test directory.

Executing npm link the command creates a symbolic link for your current package inside the global npm node_modules folder (The same folder where our global npm dependencies get installed).

Now, create a test directory, for testing our package.

the name property in our package’s package.json file was publish-npm-test so you need to require the package using the same name.

Now, execute the following command from inside the test-package folder to use the package you created:

Create a new file with the name index.js and add the following code inside it:

You will see the output displayed:

Now, when you publish the npm package on the npm repository, anyone can use it by installing it and using the require or import statement.

Step 7: Publish to the npm repository.

Open terminal and from inside the publish-npm-test folder execute the following command:

if you are already login you will see your username.

if you are not logged in then hit the following command.

Now, to publish it to the npm repository run the following command:

you will get an error if the package name has already registered with the same name or if your account is not verified. otherwise, you’ll be able to publish the package.

If you navigate to your profile in npmjs.com you will see your published package in your profile.

Now, anyone can install your public package and use it in their project by the following command.

Step 8: Now, adding some changes in code with the readme file. and then publish again.

Go to the publish-npm-test directory and do some changes to index.js the file.

and add a readMe file.

The importance of the readMe file is to help others find your packages on npm and have a good experience using your code in their projects, we recommend including a README file in your package directory. Your README file may include directions for installing, configuring and using the code in your package, as well as any other information a user may find helpful.

It’ll give an error. This is because you are publishing the package with the same version again.

If you check our package.json file, you will see that the version mentioned in the file is 1.0.0You need to increment it every time publishing a new change. So what should you increment to? For that, you need to understand the semantic versioning concept.

So you’ll have to change the version inside package.json file from 1.0.0 to 1.0.1 and run the npm publish command again.

The semantic versioning spec helps other developers who depend on your code understand the extent of changes in a given version, and adjust their own code if necessary.

To help developers who rely on your code, we recommend starting your package version at 1.0.0 and incrementing as follows:

You can specify which update types your package can accept from dependencies in your package’s package.json file.

The Semantic Versioning concept is simple: all versions have 3 digits: x.y.z.

When you make a new release, you don’t just up a number as you please, but you have rules:

To Remove Your published npm package open the terminal to your directory and hit the following command.

Your public package will be removed from the npm registry.
**References