Recently, I updated my react-starter project by adding the following notable changes:

The react-redux-starter project is a basic template that consists of the essential elements that are required to start building a Single Page Application (SPA) using React, React Router, Redux, Bootstrap 4, Sass, and Webpack.

Although I am calling this project a template of sorts, it is also a mini application in that it demonstrates a full vertical slice of the architecture. What this means, is that there is an example of Redux and React-Router in action. I provide a very simple component that fetches a list of zip codes. I kept the example simple by providing data via a 'Zip Code JSON file'. This simple component does however illustrate the use of Redux Actions, a Redux Container, and a Redux Store.

The following diagram illustrates how data is fetched using Redux and a Zip Code Service: 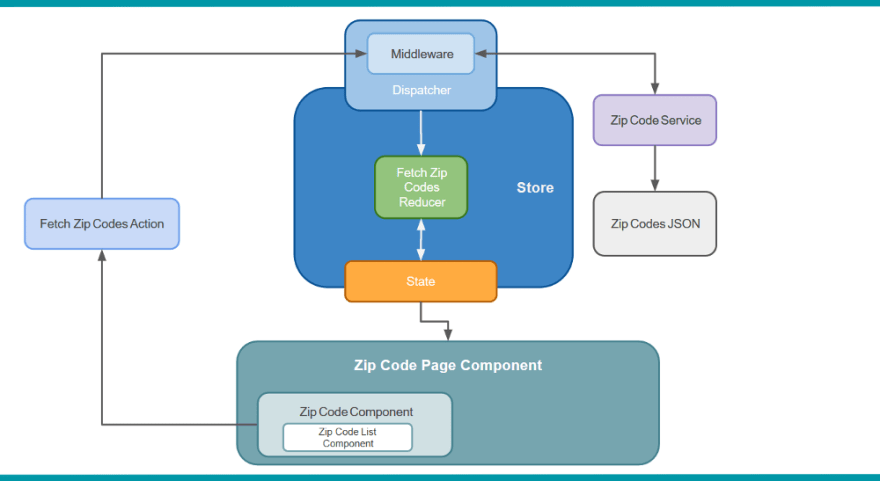 The template consists of:

Additionally, the template provides a development and production webpack configuration.

The template also allows one to include specific plugins as part of build. Please see here for more detail

The following animated gifs illustrate what the application looks like.

These instructions will get you a copy of the project up and running on your local machine for development and testing purposes.

The following software is required to be installed on your system:

Follow the following steps to get development environment running.

Build Application And Watch For Changes

After running the above command, a browser window will open displaying an interactive graph resembling the following image:

This will run the 'serve:dev' npm task

The above command will display a dashboard view in your console resembling the following image: 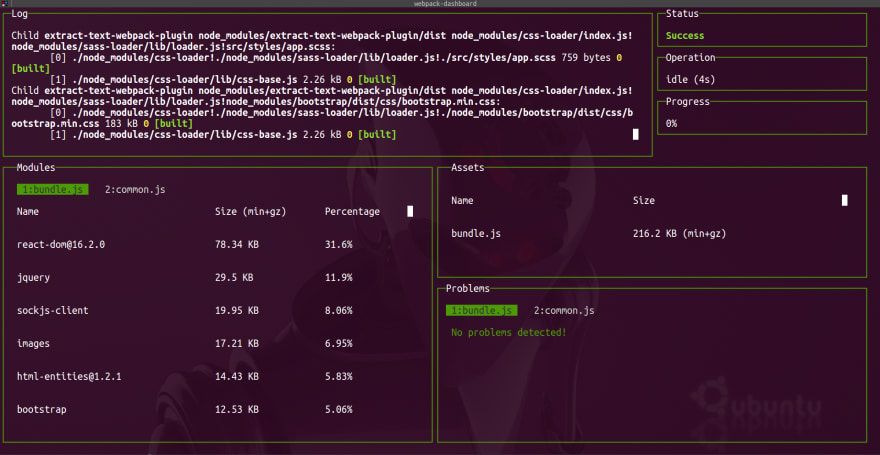 It's always difficult providing a starting point that's simple but has enough detail to illustrate a few important concepts. I hope this project helps achieve that goal. I will be updating and tweaking over time to try and align the project as an ideal starting point to learning how to build React applications using Redux, Webpack and React Router.

Once suspended, drminnaar will not be able to comment or publish posts until their suspension is removed.

Once unsuspended, drminnaar will be able to comment and publish posts again.

Once unpublished, all posts by drminnaar will become hidden and only accessible to themselves.

If drminnaar is not suspended, they can still re-publish their posts from their dashboard.

Once unpublished, this post will become invisible to the public and only accessible to Douglas Minnaar.

Thanks for keeping DEV Community 👩‍💻👨‍💻 safe. Here is what you can do to flag drminnaar:

Unflagging drminnaar will restore default visibility to their posts.