In this article, I'll show you how to create a Svelte application with Nrwl NX and how install/configure Tailwind. 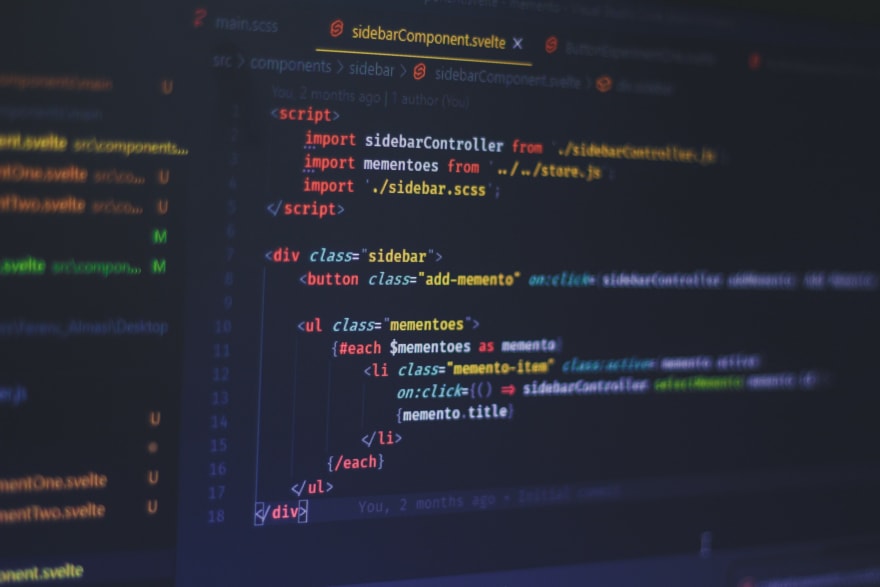 Tailwind is more popular than ever. If you've been following me, you know that I'm a huge fan. Recently I've started exploring Svelte, and wanted to know how to combine it with Tailwind. Not only that, but I also wanted to use Nrwl NX. This is a summary of my findings.

This is a short, but very practical article. If you hope to learn how Svelte/Tailwind work and why you should use those then this article is not for you.

Once we're done, we'll install the Svelte plugin into the workspace, and we'll use it to create our Svelte application.

Then, we'll install Tailwind, and a few supporting tools (e.g., PostCSS and autoprefixer). After that, we'll configure Tailwind, PostCSS, and our Svelte application. Finally, we'll load Tailwind's base styles in our application, and we'll add some styling.

NX is a really powerful tool that I use in most of my projects. NX supports many frameworks and programming languages.

Creating an Nx workspace is as simple as running the following command:

At the moment, NX does not natively support Svelte, so we need to create an empty workspace. The create-nx-workspace command should generate the following structure for you: 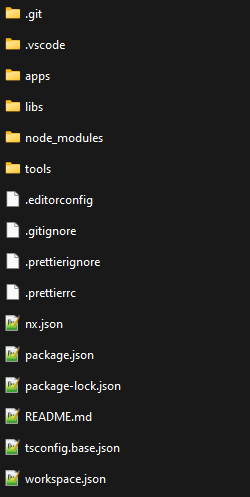 This is the standard structure for Nx workspaces. The key elements are:

Installing the Svelte plugin for Nx

Now that our workspace is created, we need to install the Svelte community plugin, created and maintained by Dominik Pieper. This plugin makes it possible to create and build Svelte applications in a Nrwl NX workspace. You can find the official documentation here.

For this example, I'll use npm, but feel free to use yarn if you prefer. Installing the plugin is quite straightforward:

Once done, we have access to the schematics and builders.

The Svelte plugin for NX includes a schematic that we will use to create our Svelte application:

This command will generate the application and store it inside the apps/<app_name> folder. Pick any name you fancy.

Inside that folder, you should find the following: 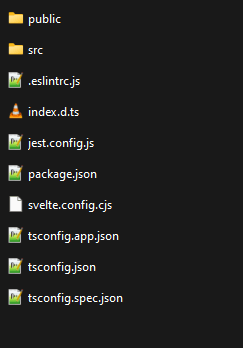 The code of the application can be found under src, while the assets (e.g., images, fonts, global styles, etc) will go into the public folder.

Notice the svelte.config.cjs file. This is the configuration file for Svelte. We'll adapt it in a minute.

In the previous section, I've mentioned the svelte.config.cjs file that you should find under apps/<app name>. Let's take a look at it:

All this file does is export a configuration object for the build of our Svelte application. By default, it uses the svelte-preprocess package, which is a preprocessor for Svelte providing support for PostCSS, SCSS, TypeScript, and much more.

The question is: how is that file used by the build system? To answer that question, we need to look at the workspace.json file at the root of the NX workspace. It has been updated by the Svelte plugin for NX:

As you can see, the different targets (e.g., build and serve) use a specific executor: @nxext/svelte:build, which is provided by the Svelte plugin for NX. That executor supports a number of options. In the example above, we care about the svelteConfig setting, which defines the configuration file to use for Svelte.

When we build the Svelte application using NX, here's what happens:

To install Tailwind, we need to add a few packages to our project, as explained in the official documentation:

Next up we'll configure Tailwind.

To configure Tailwind, create a file called tailwind.config.js at the root of the NX workspace with the following contents:

This configuration enables the JIT mode of Tailwind and configures PurgeCSS properly. If you want to know more, check out the official documentation of Tailwind.

Now, we need to configure PostCSS.

PostCSS is a CSS processor that Tailwind relies on to do its magic.

The details about PostCSS are out of scope for this article, but let me explain something anyway. One thing you need to understand is that PostCSS can be used to define a processing pipeline for CSS code. The very first step of that pipeline receives the CSS as you wrote it, and processes it in some way. Then, the next step receives the result of the previous one and applies its own processing. And so on and so on. Now that you know this, you'll understand that the order of the elements in the configuration below does matter.

Go ahead and create a file called postcss.config.js at the root of the NX workspace, with the following contents:

What does this do?

Open up the svelte.config.cjs file under apps/<app name> and adapt it as follows:

Load Tailwind in the Svelte application

We're almost ready to start using Tailwind in our code.

The next thing we need to do is load the default styles of Tailwind. To do so, go ahead and create a file called Tailwind.svelte under apps/<app name>/src, with the following contents:

There are a few things to notice here:

Next, we need to load and use our Tailwind component inside the App component. Open the src/<app name>/src/App.svelte file and adapt the contents as follows:

What we did here is simply import the Tailwind.svelte file, and use it.

We're done with the configuration! Great.

To run the application, we can now use the following command:

I recommend getting used to the nx command, which is the CLI of Nrxl NX.

If you're anything like me, then you might want to update the scripts section of your package.json file:

The names of the script should be self-descriptive. Just replace <app_name> with the application name you've chosen.

To run our application, we can now use npm start

To learn more, make sure to look at the NX CLI documentation.

Alright, we can now start playing with Tailwind!

Let's look at a few ways we can use Tailwind in our Svelte application. Edit the App.svelte file again as follows:

In this example, we've used Tailwind in three different ways:

If you look at the application now, it should look like this:

If you're in a hurry, then you can use the template I've prepared and published on Github with the results of this experiment. You can find it here: https://github.com/dsebastien/svelte-tailwind-nx-template

That’s it for today!

When to Use Context API vs Redux