This article was written by Debbie Otuagomah
and was originally published at Educative.

JavaScript is the language to learn if you want to build for the web. It can execute right in your browser and allows you to create powerful functionalities for a web app’s frontend or backend. There are tools that allow you to build web applications faster with high-level functionality. These tools are called frameworks. In this article, we will look at:

What is a front-end framework?

In web development, developers either work on the front-end or the back-end. The front-end refers to any part of your website or application the user interacts with. When you visit a website, all you see, from the header down to the content, and all the interactions are part of the front-end. This includes the buttons, forms, images, layout, and basically everything you can see and use on the website. On the other hand, the back-end is what happens under the hood. This includes everything that happens on the server-side, databases, and everything the user does not see behind the scenes.

JavaScript developers use frameworks as a foundation to build applications faster. A framework is a bunch of reusable code created for specific functionality that you can use in your programs. Frameworks help you to avoid unnecessarily reinventing the wheel or wasting time writing code that’s already been made! Many popular front-end frameworks for web dev are written in JavaScript, so you can manipulate them to suit your needs.

Front-end frameworks are pre-packaged code you can use to build user interfaces faster. They allow you to organize the design elements of your web applications and come with pre-built components like buttons, forms, navigation bars, and more. Popular examples here include React.js, Vue.js, etc. Conversely, back-end frameworks allow you to build robust APIs, work with web services, and databases. You can use them to handle multiple HTTP requests and connect with any database you want to use.

Why use a front-end framework?

Using a front-end framework has plenty of advantages, and most developers will encourage you to use them. Some of the advantages are:

For instance, in React, we can create a component like so: 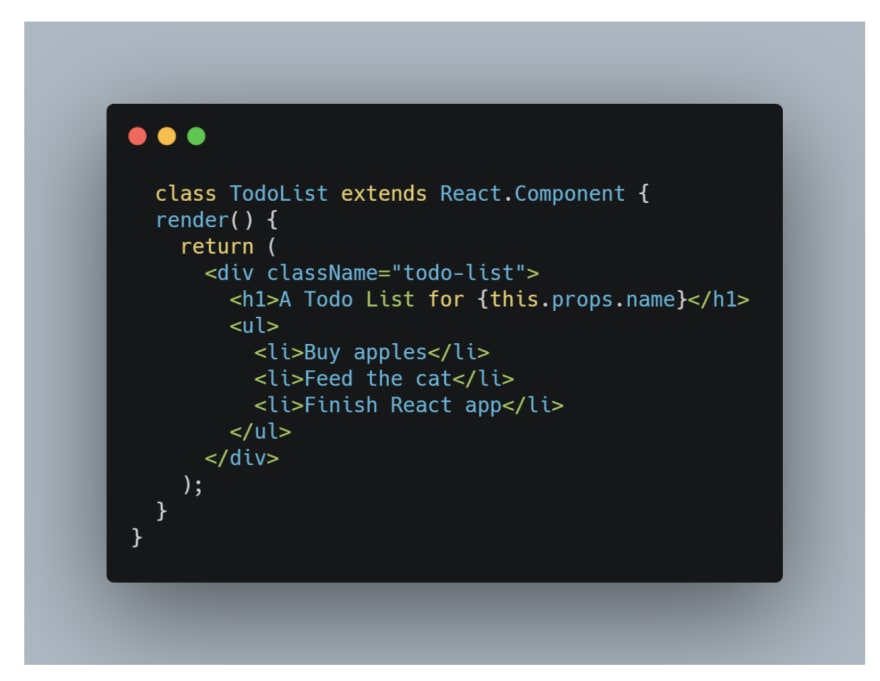 Here, we have built a small component we can use throughout our website instead of creating yet another copy of the same piece of code as we would in plain HTML/CSS. How great is that?

The seven most popular JavaScript frameworks

Now that we know what front-end frameworks are and why we need them, let’s dive into the most popular JavaScript frameworks of 2020 that you should know. Choosing a framework can be a difficult decision, so let’s take a look at what each offers and how they differ.

Vue is a JavaScript framework used to build user interfaces for web applications. It was created by Evan You in 2014 and is best suited for single-page applications, asynchronous components, prototypes, and server-side rendering. If you are already familiar with JavaScript, you can easily pick up Vue.js, as you don’t need to know tons about JSX or ES2016 to get started. The latest version of Vue features composition API, the global mounting API change, and fragments. Some notable companies that use Vue.js are Facebook for their Newsfeed marketing, Adobe's Portfolio product, and Grammarly's interface. 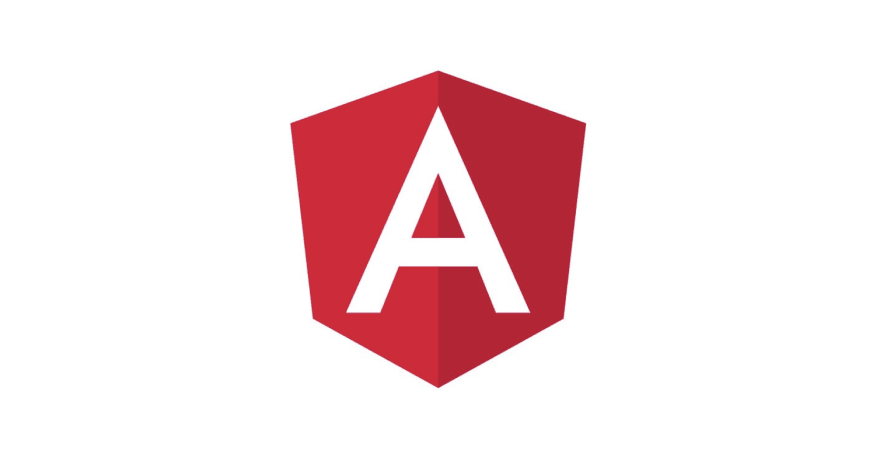 Another popular front-end framework is Angular. Created by Misko Hevery and Adam Abrono in 2009 as a side project, it is currently maintained by Google. Its current version, released May 2019 is called Angular 8 and built entirely with Typescript. The framework features differential loading, lazy loading syntax, and builder and workspace APIs.

With Angular, you can use HTML for your templates and bind the HTML to express your components clearly. It also helps you reduce the amount of code you have to write with its data binding and dependency injection, all in the browser. Some notable companies with Angular in their tech stack are Google, Udemy, and Amazon.

Note: There is a difference between Angular.js and Angular. Angular is the new version of Angular.js, and it offers many improvements. AngularJS is open-source, JavaScript-based framework for dynamic app development. HTML is its template language.

React is a widely-popular front-end library created by a Facebook software engineer, Jordan Walke in 2011. It is used to create dynamic user interfaces and is well-loved among JavaScript developers. React has a thriving community online, great documentation, and even courses on its website. Sometime after it was released, the React team created React Native, a framework for hybrid mobile development.

React renders web pages in a way that makes them dynamic and responsive to a user’s input. It is an open-source JavaScript library and lets you build impressive user-side interfaces that are fast and SEO-friendly. Some features of React.js include reusable components, one-way data binding, and the virtual DOM. Some notable apps build with React are Facebook (homepage), Instagram (geolocations and tagging), and the New York Times (Oscar red carpet project interface).

Become a frontend developer without scrubbing through videos or documentation. Educative's text-based courses are easy to skim and feature live coding environments, making learning quick and efficient. And with Educative's organized learning track, you'll always know what to learn next.
Become a Front-End Developer

Express is a JavaScript back-end framework that helps you create Restful APIs that accept requests from the frontend and send an appropriate response. With Express, you can build a sturdy back-end server. Created in 2010, Express.js is a flexible Node.js framework that can help you build a backend for single-page applications and hybrid applications. It is an open-source tool, and some of its features include a flexible middleware pattern, debugging, and robust routing tools. Some notable companies with Express in their tech stack include IMB, FOX Sports, and Kuali.

Backbone.js is another frontend framework that allows you to structure the code you write in the Model View Controller pattern. In this framework, the view also doubles as a controller, and it listens to events that happen in the DOM and passes them to the models as needed.

Backbone was created in 2010 and is written in JavaScript, even though some parts of it rely heavily on jQuery. It provides a structure to your web applications and features key-value binding, custom events, and a rich API. With Backbone, you can also connect an API you’re already using with your user interface. Some notable companies with Backbone in their tech stack include Reddit, LinkedIn, and Trello.

Ember is a user-side front-end framework for creating single-page web applications with complex user interactions. It’s mostly used for its scalability and flexibility. Created in 2011, it has a small but active community and gives the ability to write structured, organized code. It’s a Model View Controller framework that developers used to build user-side web applications. It uses a route as a model and handlebar template as views, and the controllers manipulate the data in the model. Some notable companies with Ember in their tech stack include Square, Twitter, and Groupon. 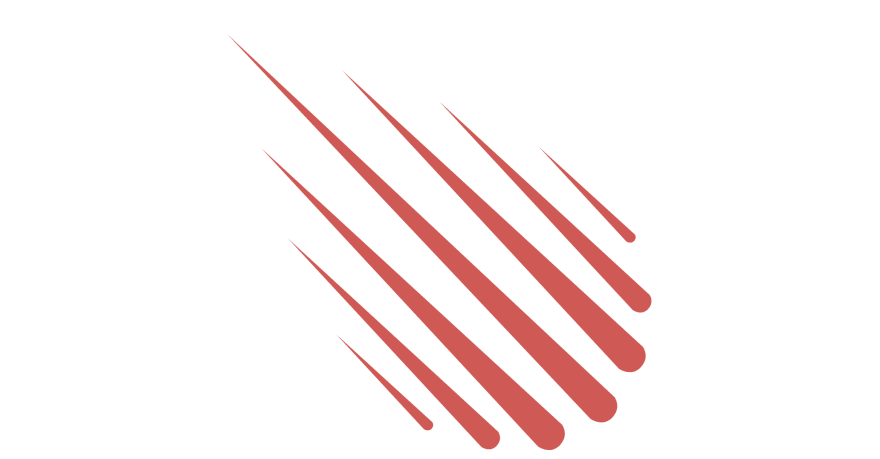 With Meteor, you can build a full-stack application without needing to integrate with another framework. It is easy to pick up and gives you access to a ton of useful libraries with different functionalities you can use to get your app up and running. Libraries like Tracker and Blaze help you build a smooth, consistent user interface in no time. You can also integrate this framework with MongoDB. Meteor features a complete development ecosystem, live reload, and isomorphic JavaScript code. Some notable companies with Meteor in their tech stack include Accenture, Rocket.Chat, and ShopCo.

Other frameworks you should know: honorable mentions

Even though we have covered the most popular JavaScript frameworks and libraries, there are some that aren’t as popular but still worthy of note.

Svelte is a component-based JavaScript framework for frontend development that’s similar to React and Vue. It was released in 2019 and allows developers to build a consistent user interface with reusable components. Svelte has no client-side dependencies, which makes the framework run fast. The learning curve is not too steep; however, it has limited features and you might have to write your own code or use third-party tools.

Aurelia is a framework that is made up of JavaScript modules. It helps you build powerful web and mobile applications. Created in 2015, it has well-structured documentation and follows the convention over configuration approach. Aurelia uses one-way data binding and does not force you to code in a predetermined way. The downside to this framework is that its unopinionated nature can make code inconsistent.

Mithril.js is a new front-end framework that lets you create fast single-page applications. It has a lightweight API and allows your application to run fast as it does not render the actual DOM. Instead, it automatically updates the elements you change. It is written completely in JavaScript and is easy to pick up. However, the small API here can be a disadvantage, as it may not work well with bigger projects.

Are there other frontend frameworks you think we should include? Let us know in the comments!

Wrapping up and resources

There are tons of frontend JavaScript frameworks out there, each with its own unique features. I hope this article has helped better understand them. It’s important to integrate powerful tools with your programs to save time, effort, and truly master JavaScript!