(Some background: I’ve interviewed hundreds of candidates for software engineering jobs at Facebook and Microsoft. I’ve also failed several coding interviews myself when I wasn’t prepared.)

Concurrency and multithreading are some of the most advanced topics brought up in interviews, but a strong foundation in them can put interviewees at a considerable advantage over their peers. In short, these skills are a major plus for software engineers. They give interviewers an idea about the following:

If you are looking for a complete course on concurrency for interviews, C.H. Afzal, a Silicon Valley veteran and concurrency expert, has created courses in Python, Java, C#, and Ruby.

The good news is that at Educative, we’ve talked to hundreds of candidates, and teamed up with C.H. Afzal, who's interviewed at some of the top tech companies in the world including: Microsoft, Netflix, Cloudera, and Oracle, to tackle some of the most common interview problems in detail.

In addition to covering some of the most popular concurrency interview questions asked at top companies, I’ll also provide some definitions to key terms, concurrency best practices, tips to solve the problem, and common pitfalls developers face when solving these problems.

A thread is the smallest unit of execution in a process that simply executes instructions serially. A process can have multiple threads running as part of it. Usually, there would be some state associated with the process that is shared among all the threads and in turn, each thread would have some state private to itself. The globally shared state amongst the threads of a process is visible and accessible to all the threads, and special attention needs to be paid when any thread tries to read or write to this global shared state.

Critical section is any piece of code that has the possibility of being executed concurrently by more than one thread of the application and exposes any shared data or resources used by the application for access.

You can think of the critical section as a bridge that can handle one car (i.e. thread) at a time

Mutex as the name hints implies mutual exclusion. A mutex is used to guard shared data such as a linked-list, an array, or any primitive type. A mutex allows only a single thread to access a resource or critical section.

Once a thread acquires a mutex, all other threads attempting to acquire the same mutex are blocked until the first thread releases the mutex. Once released, most implementations arbitrarily (based on some heuristics) chose one of the waiting threads to acquire the mutex and make progress.

The example in this illustration represents a mutex as a store fitting room stating one customer (i.e. thread) at a time

Semaphore, on the other hand, is used for limiting access to a collection of resources. Think of semaphore as having a limited number of permits to give out. If a semaphore has given out all the permits it has, then any new thread that comes along requesting a permit will be blocked till an earlier thread with a permit returns it to the semaphore.

Semaphores can also be used for signaling among threads. This is an important distinction as it allows threads to work towards completing a task cooperatively.

You should minimize data sharing of mutable data for two reasons: performance (think Amdahl’s Law) and safety. Safety is mainly about data races. A data race is a situation in which at least two threads access a shared variable at the same time. Within that, at least one thread tries to modify the variable.

If your program has a data race, it will have undefined behavior. This means all outcomes are possible and, therefore, reasoning about the program doesn’t make sense.

Waiting has at least two drawbacks. First, when a thread waits it cannot make any progress; therefore, your performance goes down. Even worse: if the waiting is busy, the underlying CPU will be fully utilized.

Watchout for Deadlocks (and Livelocks)

While developing applications that rely on Mutexes and Semaphores to protect critical sections, you should look at your code carefully to ensure that there are no potential deadlocks (or livelocks).

I’ll now walk through some of the top questions I’d recommend practicing.

To see detailed solutions to these problems, you can check out our concurrency courses in Python, Java, C#, and Ruby.

Tips to help solve the problem:

Start by examining the Reader use case. You can have multiple readers acquire the read lock, and to keep track of all of them you’ll need a count. You increment this count whenever a reader acquires a read lock and decrement it whenever a reader releases it.

Releasing the read lock is easy, but before you acquire the read lock, you need to be sure that no other writer is currently writing. Again, you’ll need some variable to keep track of whether a writer is writing. Since only a single writer can write at a given point in time, you can just keep a boolean variable to denote if the write lock is acquired or not.

Avoid splitting the acquisition and release of the mutex variable across two methods. It may seem more efficient since a writer thread only acquires and releases the condition variable once during operation. But the Achilles’ heel of this approach is that if the writer thread dies between the two method calls, the entire system would enter a deadlock.

Another common pitfall of the ReadWrite Lock problem is starvation. If a writer arrives while there are readers in the critical section, it might wait in queue forever while readers come and go. As long as a new reader arrives before the last of the current readers departs, there will always be at least one reader in the room. To help avoid this, you could add a mutex for the readers and allow writers to lock it. 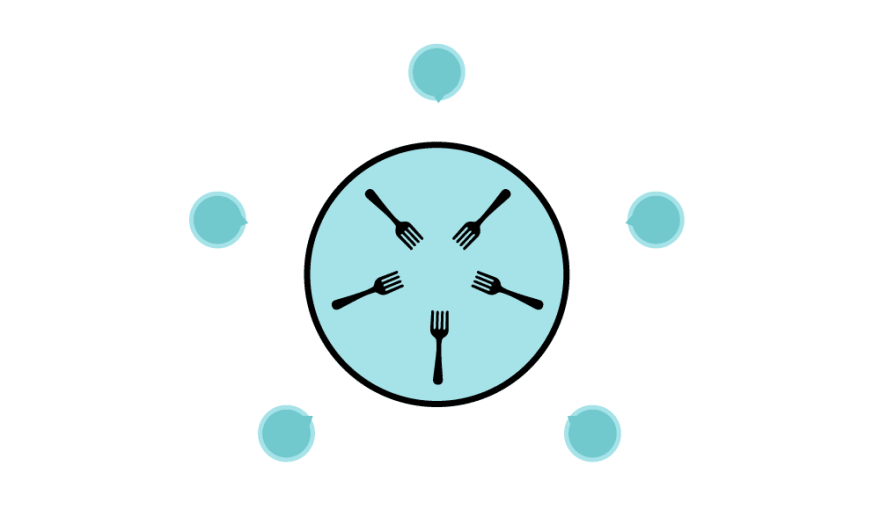 Imagine you have five philosophers sitting around a roundtable. The philosophers do only two kinds of activities. One: they contemplate, and two: they eat. However, they have only five forks between themselves to eat their food with. Each philosopher requires both the fork to his left and the fork to his right to eat his food.

Design a solution where each philosopher gets a chance to eat his food without causing a deadlock.

A common pitfall that developers run into here is circular wait, which is one of the four Coffman conditions. Circular wait describes a condition where two or more processes are waiting for resources held by one of the other processes. To avoid this pitfall, you should impose ordering on the condition variables (i.e. number the forks 0-4) and tell each of the philosophers to pick up the lower number fork. 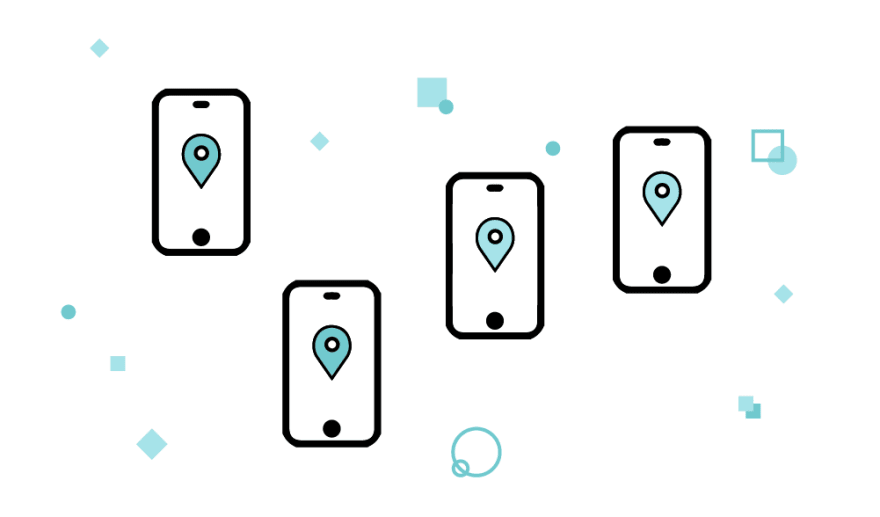 Imagine at the end of a political conference, Republicans and Democrats are trying to leave the venue and ordering Uber rides at the same time. However, to make sure no fight breaks out in an Uber ride, the software developers at Uber come up with an algorithm whereby either an Uber ride can have all Democrats or Republicans or two Democrats and two Republicans. All other combinations can result in a fist-fight.

Your task as the Uber developer is to model the ride requestors as threads. Once an acceptable combination of riders is possible, threads are allowed to proceed to ride. Each thread invokes the method seated() when selected by the system for the next ride. When all the threads are seated, any one of the four threads can invoke the method drive() to inform the driver to start the ride.

In this problem, it’s possible that you could run into starvation, which could be attributed to scheduling errors where only Democrats or Republicans are getting to ride. To avoid this, you should keep a count of those who have requested rides. Then, you can use two different semaphores to differentiate between Republicans waiting and Democrats waiting, this way the current thread that’s waiting can signal the correct semaphore(s) to make up the next Uber ride.

Your task is to make the execution synchronous without changing the original classes (imagine that you are given the binaries and not the source code) so that the main thread waits till the asynchronous execution is complete.

In this problem, the shared resource might become unusable for both the asynchronous and synchronous code pieces. What if both keep on waiting for each other and the waiting loop never ends? This resembles a deadlock. You can avoid this by setting up a signaling mechanism to inform the main thread to continue execution.

A common pitfall here is for the program to enter a deadlock. The barber and the newly-arrived customer check each other’s status at the same time so they deadlock because at that moment:

Another pitfall that developers may run into is starvation. This is because in some solutions, there is no guarantee that customers are served in the order they arrive, so they will continually wait for a resource that is given to other processes. You can avoid starvation by using a queue, where customers are added as they arrive, so that barber can serve them on a first come first serve basis.

Put your concurrency skills to practice

The only way you can get better at concurrency problems is to practice them.

Once unpublished, this post will become invisible to the public and only accessible to Fahim ul Haq.