When I switched jobs four years ago, I went from using subversion (svn) to using git as the version control system. Even though I am a pretty quick learner, it took me a quite a while to really understand git. I read a lot on how git works, but even so, I didn’t always realize what the implications were for how to use git. Here are six big “aha moments” I had on how to use git.

Looking at these aha moments now, they all feel really obvious. But I remember literally thinking “aha” when I understood a concept and realized the ways in which I could then use git. 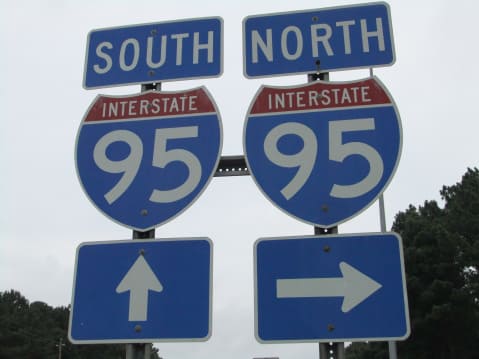 1. Local and remote changes are independent. I often used “svn status -u” to see what changes I would get if I ran svn update. In the beginning I was confused about the equivalent operation in git. You can run git status, and that will show the local changes compared to what was last pulled. But to see the changes on the server, I first need to do a git fetch. This concept of there being two independent sets of changes – local changes, and changes on the server (pushed there by other people) – took me a while to really grok.

2. Merge makes older commits accessible. It took me a long time to realize that merging simply makes already existing commits accessible. Initially my mental model of a merge was that all changes from the merged branch became commits at the time of the merge. Realizing that commits from a branch remain, and that merging simply allows them to “be seen” in the other branch helped explain some odd things. For example, showing git log of a file (for example in PyCharm) can show commits from two different branches interleaved. Showing a diff between two commits (adjacent in time, but on two different branches) can give a really big diff.

3. The meaning of merge commits. Since my understanding of merging was incomplete, merge commits used to be a bit of a mystery to me. I viewed commits only as “what is the diff of the code for this commit”, and from that perspective, merge commits didn’t make any sense. Often they are empty, with no code diff at all. Now of course I understand that it is important to see at what point commits from another branch were made reachable by a merge.

5. You can start over if a merge fails. When I used svn, I often used –dry-run to see what would happen if I did a certain operation (but without actually doing it). In git, I took me a while to realize that the same functionality exists, but it is not defined explicitly. For example, if I merge some changes, and I mess up resolving the merge conflicts, I can simply go back one step and do it again. As long as I did not push to the server, it is no problem to go back by doing a “git reset –hard HEAD~”. Now I can simply do the merge again, and hopefully resolve the conflicts correctly this time. It is very liberating to know that almost anything I do with git can be easily reverted, undone or redone.

I remember reading a lot of tutorials on how to use git, and how git is organized. But even knowing how git works didn’t immediately translate into understanding how I could use git. The above aha moments only depend on understanding a few things – that there are local changes, and how branches and merging works. Knowing what I know now, all these insights seem trivial. However, I remember quite clearly that these were not obvious to me when I started learning git. Hopefully these aha moments can be useful to somebody else new to git.

Use your favorite Google Cloud APIs with MongoDB Atlas to build a highly-scalable modern application for your entry in the DEV x MongoDB Atlas Hackathon 2022.

Once suspended, henrikwarne will not be able to comment or publish posts until their suspension is removed.

Once unsuspended, henrikwarne will be able to comment and publish posts again.

Once unpublished, all posts by henrikwarne will become hidden and only accessible to themselves.

If henrikwarne is not suspended, they can still re-publish their posts from their dashboard.

Once unpublished, this post will become invisible to the public and only accessible to Henrik Warne.

Thanks for keeping DEV Community 👩‍💻👨‍💻 safe. Here is what you can do to flag henrikwarne:

Unflagging henrikwarne will restore default visibility to their posts.