What Is Cloud Computing?

"First to mind when asked what 'the cloud' is, a majority respond it’s either an actual cloud, the sky, or something related to weather."

Simply put, cloud computing is the delivery of computing services—including servers, storage, databases, networking, software, analytics, and intelligence—over the Internet (“the cloud”) to offer faster innovation, flexible resources, and economies of scale. You typically pay only for cloud services you use, helping you lower your operating costs, run your infrastructure more efficiently, and scale as your business needs change.

Amazon Web Services (AWS) is the world’s most comprehensive and broadly adopted cloud platform, offering over 212 fully featured services from data centers globally and is a subsidiary of Amazon that provides on-demand cloud computing platforms and APIs to individuals, companies, and governments, on a metered pay-as-you-go basis.

Cloud Automation: What You Need to Know and Why It's Important

Cloud computing is boldly going where no other system has gone before. With so many organizations moving to some type of cloud platform, providers are finding more ways to create the true fully automated cloud environment. Now, we haven’t quite reached that point, but we’re getting closer.

Cloud automation is a blanket term that is often used to denote specialized software, tools, and operations that help us reduce the manual effort when it comes to deploying and maintaining cloud-based IT infrastructure. Simply put, it is automating tasks programmatically.

One key reason why automation is so widely embraced and used almost everywhere is that automation reduces the manual effort and intervention needed to deploy a set of tasks.

The Best Tools for Cloud Infrastructure Automation Are,

Nowadays, Hashicorp Terraform is the most widely used across organisations to implement Infrastructure as code(IaC).

There are four broad categories of IaC tools:

Terraform is an open source “Infrastructure as Code” tool, created by HashiCorp. for building, changing, and versioning infrastructure safely and efficiently. Terraform can manage existing and popular service providers as well as custom in-house solutions.

A declarative coding tool, Terraform enables developers to use a high-level configuration language called HCL (HashiCorp Configuration Language) to describe the desired “end-state” cloud or on-premises infrastructure for running an application. It then generates a plan for reaching that end-state and executes the plan to provision the infrastructure.

Umm... Why One Should Use Terraform?

Yeah it might be sounding unrealistic that without knowing any Cloud Commands we can create the whole cloud infrastructure setup. But I am giving you the guarantee after reading this post you will come to know the real power of Terraform.

For using any cloud they have their own beautiful and dynamic GUI Portal which is User Friendly and Easy to use. We can go and use any services on it by just a few clicks. But nowadays everyone needs automation and we can't automate things using only GUI.

before get into the code we need to setup few things...

The AWS CLI stores this information in a profile (a collection of settings) named default.

Now let's Set The Workflow For Our Project

So here we perfectly completed the End To End AWS Cloud Infrastructure Automation Through Terraform by HashiCorp!

Things Included In This Project Are...

Terraform is an open source “Infrastructure as Code” tool, created by HashiCorp. for building, changing, and versioning infrastructure safely and efficiently. 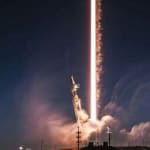 You came this far, now read some amazing blogs😁

My experience starting out with Deepracer (Q4/22)

Once suspended, hrshmistry will not be able to comment or publish posts until their suspension is removed.

Once unsuspended, hrshmistry will be able to comment and publish posts again.

Once unpublished, all posts by hrshmistry will become hidden and only accessible to themselves.

If hrshmistry is not suspended, they can still re-publish their posts from their dashboard.

Once unpublished, this post will become invisible to the public and only accessible to Harsh Mistry.

Thanks for keeping DEV Community 👩‍💻👨‍💻 safe. Here is what you can do to flag hrshmistry:

Unflagging hrshmistry will restore default visibility to their posts.