There’s nothing as flashy and useful for JavaScript interviews than recursion.

If you just want to be impressive with recursion in JavaScript, here are some semi real-world (technical test type) examples.

The short definition of a recursive solution to a problem (in computer science) is: don’t use iteration. This usually means a function has to call itself with a smaller instance of the same problem until it hits a trivial case (usually defined in the problem).

Hence, recursion is composed of a couple of steps:

The examples for this post are on ObervableHQ, which is a super cool tool that allows you to build JavaScript notebooks:

Say you need to get multiple pages from a REST API and you’re forced to use the native HTTPS module, (example on ObservableHQ).In this situation we’ll be fetching comments from the Reddit API.

That defines our terminating and recursive cases, we fetch data from the Reddit API and then either:

One of the tricks used here is passing an empty data array into the recursiveCommentFetch function from the first pass. This allows us to keep injecting more and more values as we go through each recursive call, and therefore are able to resolve to the full set at the terminating case.

I familiarised myself with this API by creating the following visualisation for Reddit contributions (in GitHub’s contribution graph style), see it on ObservableHQ, the blog version is also live: 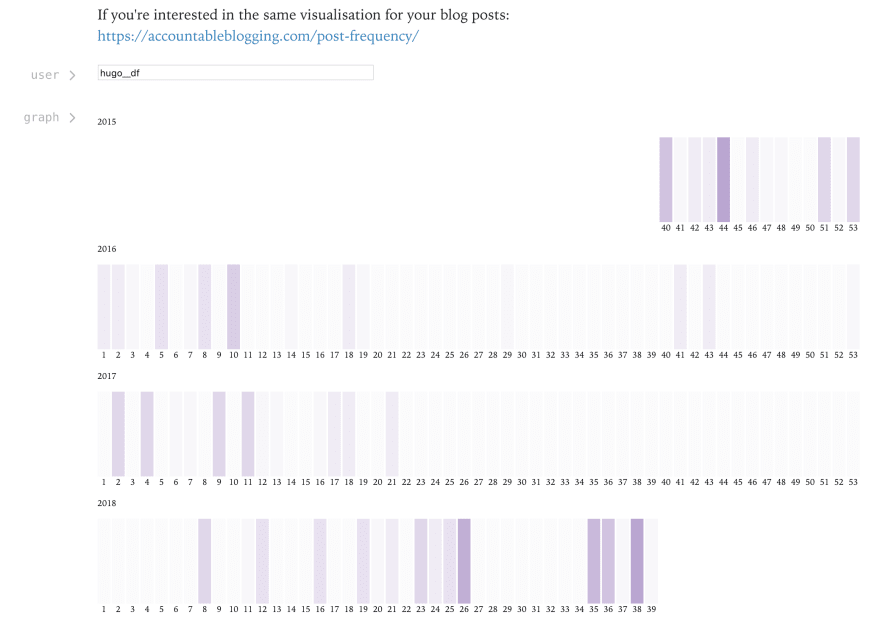 When the question goes something like this: “given an input, return an object containing how many times each character is present in the input”.

There’s a live demo on ObservableHQ.

The terminating and recursive case aren’t immediately obvious, so there are a few leaps here:

That gives us the following situation for a recursive function:

I’ve written a more complete post: Recursion in JavaScript with ES6, destructuring and rest/spread, which goes into more detail (examples and techniques) about how we can recurse through lists (arrays) in ES6 JavaScript. It explains things like the [firstCharacter, ...rest] notation.

That’s how you breeze through interviews using recursion 🙂, running circles around those toy problems.

For any questions you can reach me on Twitter @hugo__df.

How do you avoid rabbit holes?

It's nice to go deep on a problem sometimes, but we can be tempted to go too deep. How do you manage...

Array methods that you must know as a JavaScript Developer