If you are trying to follow along, please know that SwiftUI requires XCode 11 and macOS 10.15, all of which is in developer beta right now.

This post will walk you through how to make a basic iOS app that counts how many times a button is tapped.

The first step is to launch XCode and create a new single page iOS application. When creating the iOS app, make sure Use SwiftUI is checked. 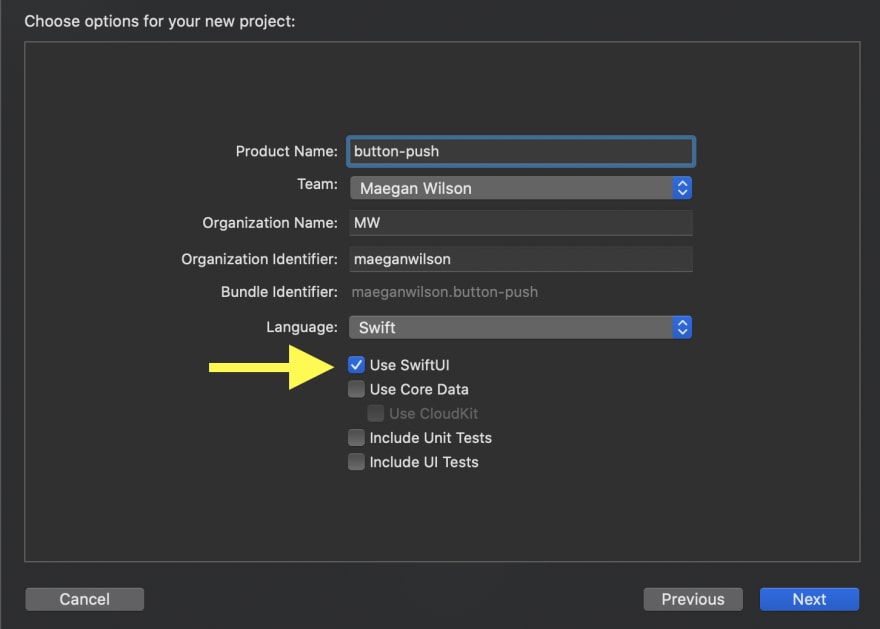 2. Create a variable and make the app output that variable

Next, we need to create a @State variable so that it can dynamically change when a button is tapped. Inside the ContentView struct, add @State var totalClicked: Int = 0 and change the string inside Text() to "\(totalClicked)").

3. Embed the Text() in a Verticle Stack

Now, we need to embed the text in a verticle stack to place the button below the Text(). To do this Command + Click on the 0 in the live preview and choose Embed in VStack. 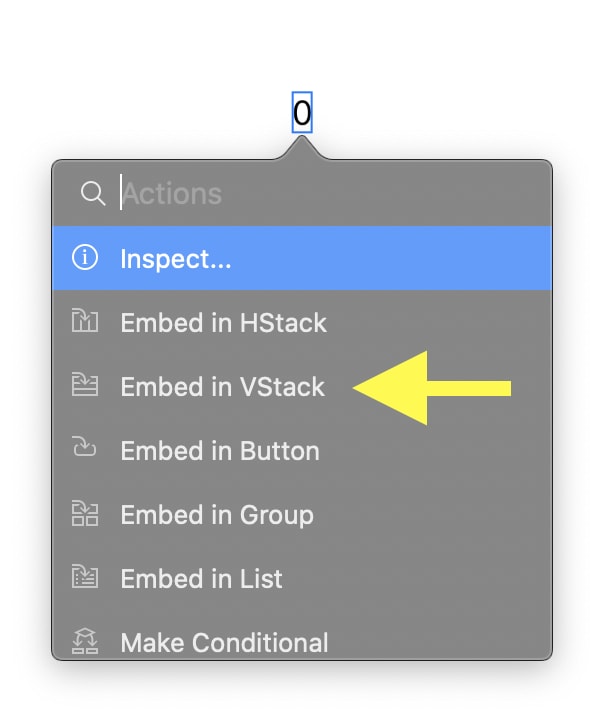 By embedding in a VStack, the struct now looks like this:

4. Add a Button with an action

It's time to add a button. A way to do this is by first adding a Text(). Add the following to your struct:

Now, let's use the live preview to embed the Text() in a button. Command + Click on Increment Total in Live Preview and select Embed in Button.

We need to adjust the Button code that is now in ContentView.swift. Adjust button to look like the following:

Now, if you run the app it will work!

5. (OPTIONAL) Add some style to the app!

Currently, the button and the text have no space between each other and the size of the total is quite small. In SwiftUI, you can adjust this pretty easily.

First, let's adjust the font size of the total by adding .font(.title) after the Text call.

Next, we will add some space between the button and the text. To do this, we need to add Spacer() between the text and the button.

The touch target on the button is a little small, so to make it bigger we will add padding to it.

The .all is adding padding to all sides of the button instead of just to the top, bottom, left, or right.

Finally, let's add padding to the entire Vstack so that the app will fill the screen of the device.

The .padding(.all, 40) will tell this VStack to have a 40 point distance to it's closest members on the top, left, right, and bottom.

Here is the finished repo

A tutorial for using a button in SwiftUI

A tutorial for using a button in SwiftUI

Places to read the tutorial

If you liked the tutorial and project, please consider being a sponsor of this project and others like it by clicking the sponser button at the top of the repo, or by going directly to my Patreon.

If you enjoyed this article and want more, please consider subscribing to my Patreon and checking out my other posts!

If you don't like having more subscriptions, consider buying me a coffee by clicking the image below!

Did Facebook really slow down or move away from React Native?

How to Launch An Adult Fanclub Subscription App like OnlyFans?