If you don't know what is docker? First, read this article: Dockers for Extreme Beginners in Desi (layman ) language.. This article got 9k+ readings in the last 20 days and count increasing.

What we are building today?

We are building a fully functional desktop inside a docker container. The Ubuntu latest release Focal Fossa or Ubuntu:20.04 is used to build this container. Desktop Environment is Xfce with windows theme from b00merang Project and wallpapers from pixabay.

VNC & RDP are two technologies to connect to remote desktops. I used RDP and VNC is left for you to try :) 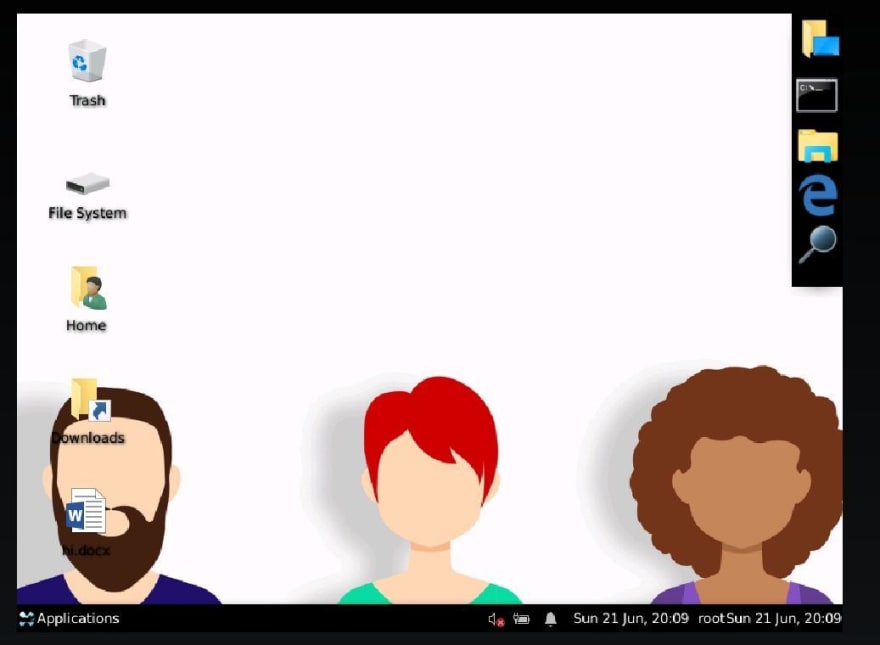 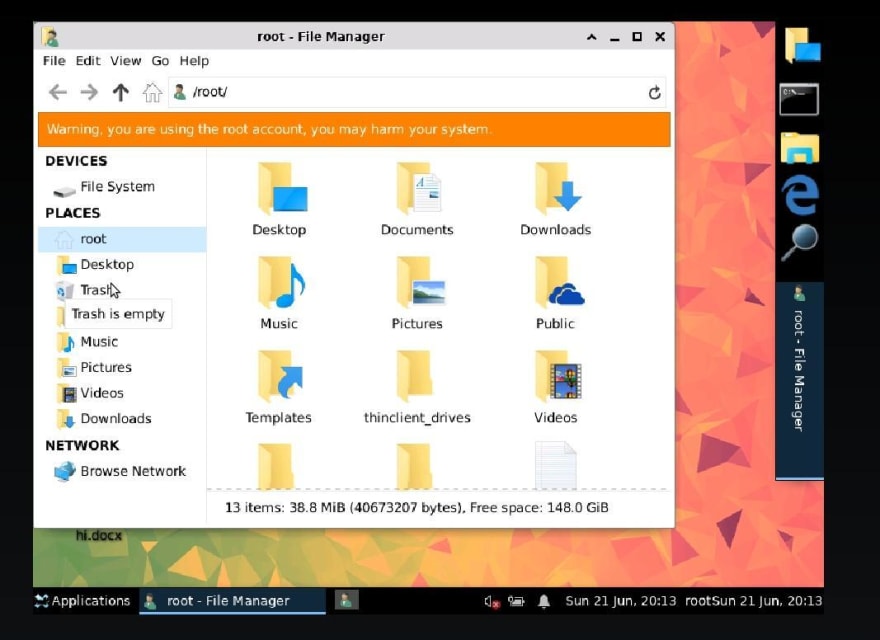 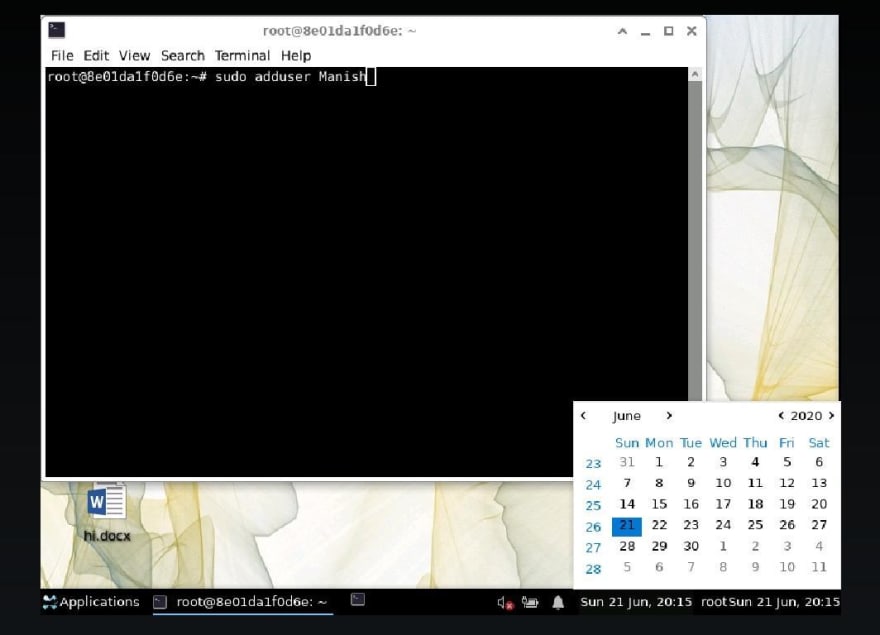 And how the desktop looks in small screen mobile:

Why we are building?

(1)You can find a number of docker images with a "desktop environment"on google.But these images are custom build i.e leaving libre office suite etc to remain light in size.
(2) Being a docker image you can spin a desktop in a click.

Xfce is lighter than mate and gnome. Being lighter, performance is better in the container.

How to create a desktop in a docker container?

Look at this terminal image :

In above command:
-We are starting xrdp

IMPORTANT:
Docker is not meant for running complete desktops but running apps. The closet container like VM machine is LXD. If you had visited my above-said article (docker in desi language) you would be able to spin a desktop in lxd container.

Try to pull the container with podman over gvisor.