</> Gist Interview is an application built with ReactJS and for any person or company to use to simulate programming questions by simply creating and populating the "db.json" file with its Gist-IDs and at the end generating a dashboard.

First, clone the repo via git:

And then install dependencies with yarn.

Note: If you can't use yarn, run npm install. 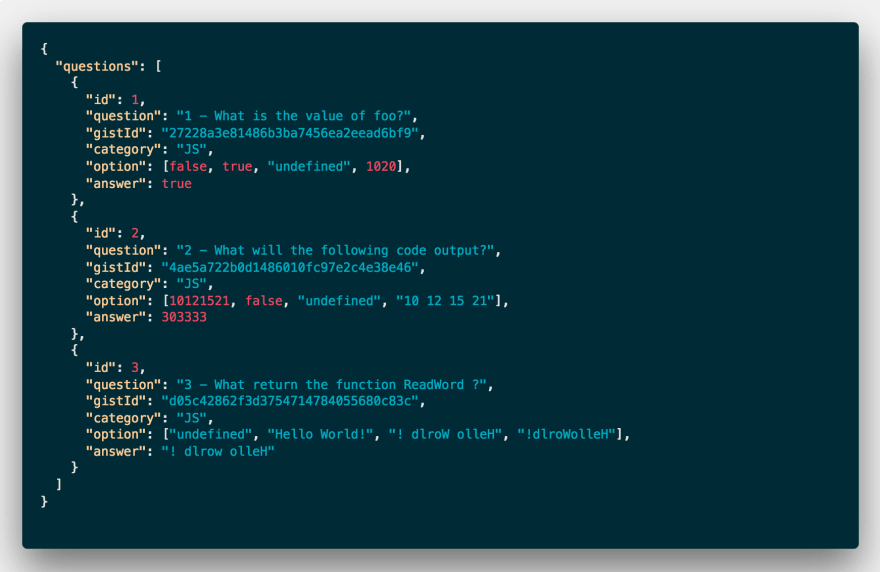 Open a new tab in the current directory and start the app in the dev environment:

After run, the browser open window automatically at http://localhost:3000/

Run the command below to deploy, minimizing All Files.

I created this application to test and share knowledge acquired in the studies on ReactJS and also so that any person or company can use to simulate questions about programming, simply creating and populating the file "db.json" with the respective Gist-ID.
If you liked this project, contribute improvements or give me a star ⭐️ on GitHub.

Getting started with create react app