The first real book I remember reading on 'how to program' was Code Complete by Steve McConnell. It was lent to me by one of my first mentors. I enjoyed it so much I went out and bought a copy of the then new expanded edition Code Complete 2.

Before that, all the books I had read were either about how the hardware and software worked together or explaining how to write programs using a particular language syntax. There might be a few good points about writing comments or how to structure your code but they were few and far between and you had to look for them amongst the text.

Code Complete was different. Within the first couple of chapters, it introduces the concept of metaphors.

"Important developments often arise out of analogies. By comparing a topic you understand poorly to something similar you understand better you can come up with insights that result in a better understanding of the less familiar topic "

After lots of examples from other fields, he ends with a useful metaphor for metaphors.

"A software metaphor is more like a searchlight than a roadmap. It doesn't tell you where to find the answer. It tells you how to look for it. A metaphor serves more as a heuristic than an algorithm."

He then gives a long list of metaphors that have been used in the past.

"A confusing abundance of metaphors has grown up around software development. David Gries says writing software is a science (1981). Donald Knuth says it's an art (1998). Watts Humphrey says it's a process (1989). P. J. Plauger and Kent Beck say it's like driving a car, although they draw nearly opposite conclusions (Plauger 1993, Beck 2000). Alistair Cockburn says it's a game (2002). Eric Raymond says it's like a bazaar (2000). Andy Hunt and Dave Thomas say it's like gardening. Paul Heckel says it's like filming Snow White and the Seven Dwarfs (1994). Fred Brooks says that it's like farming, hunting werewolves, or drowning with dinosaurs in a tar pit (1995). Which are the best metaphors"

What was nice today was that two authors wrote very different, but very lovely pieces - both with there own very personal metaphors for learning, that I hadn't seen before.

The Programmer and the Sea 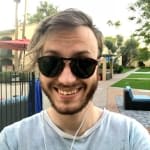 It really made my commute so much nicer - and like McConnell's spotlight, for me, they both shone a different light on this messy process of learning how to be a better developer.

Websites Every Programmer Should Know

Mark Nicol
I have been coding for too many years. You can find me on Twitter as @mark_nicol I live in Ormiston and work in Edinburgh
Bloom's taxonomy - a way of thinking about learning.
#learning #productivity
Why I decided to write an article a day
#motivation #writing #learning
An article a day for November?
#motivation #learning #discuss #writing

Once suspended, mark_nicol will not be able to comment or publish posts until their suspension is removed.

Once unsuspended, mark_nicol will be able to comment and publish posts again.

Once unpublished, all posts by mark_nicol will become hidden and only accessible to themselves.

If mark_nicol is not suspended, they can still re-publish their posts from their dashboard.

Once unpublished, this post will become invisible to the public and only accessible to Mark Nicol.

Thanks for keeping DEV Community 👩‍💻👨‍💻 safe. Here is what you can do to flag mark_nicol:

Unflagging mark_nicol will restore default visibility to their posts.