In 2017 I have released my first smartphone game "Supermarket Challenge" for iOS and Android. I learned a lot of stuff during the game development and wanted to share my experiences with you.

Why did I develop a game

I play and love video games since I am a little boy. Additionally, I started my software development career some years ago. As a result, I decided to combine both of my greatest passions to develop my own video game. Fortunately, I also had a good idea for my first game.

My plan was to develop a smartphone game like Paper's Please but in a supermarket scenario.

Check the following trailer to see "Paper's Please" in action:

In my game, you would play a poor supermarket cashier which needs to spend each day after work the money for food, medicine, rent and so on.

The first step was to analyze the market for similar existing smartphone games. My findings discovered an endless amount of supermarket-themed games. The main goal of these (mostly child-oriented) games was to take the money of the customers and return them the correct amount of money. I found two games which included the game mechanic I had in my mind:

Basically, this game nearly matched my expectations for the basic game mechanic at the supermarket checkout. But I disliked the Japan-styled theme, the aggressive In-App purchases and the level-based approach.

Summarizing, the market analysis resulted in these decisions:

Christmas 2016 I started to develop a first prototype of the game based on the Unity engine. I invested about 80 hours into the prototype including the training period for Unity.

Gameplay video of the first prototype (right-click image below and select "Play"):

I deployed the game to my smartphone and on a web platform to let friends and family try the game. The response was very positive so I decided to further develop the prototype to a publishable game.

In January 2017 I started the game development in my free time as I was in a full-time job during the whole development.

As a first step, I set up some expectations I had for the final result:

As I tried to continue developing my Unity prototype I had a rude awakening: My spaghetti code was unmaintainable and not expandable.

In my full time job as software developer I was used to develop text-based without a full-blown IDE as it is provided by Unity. Implementing a known software architecture pattern in Unity was very difficult for me and the IDE itself is very complex.

So I decided to start researching for a new game engine which better suited my needs.

As I had concrete expectations for the new engine my research led to Corona:

During the development I used the following tools:

I structured my code based on scenes and components:

A scene is a visible screen which is available in the game. The lib folder contains all components which are reused in different scenes.

The following videos demonstrate the progress of the game from the first prototypes to the final version.

I released the first beta version for about 10 testers (friends & family). Negative feedback was given due to the high difficulty and the inconsistent visual design. As a result, I asked a friend of mine to support and assist me in visual aspects of the game which resulted in a better design:

Start of May 2017 I released the first version of "Supermarket Challenge" on iOS and Android. It included only the Arcade mode:

I further developed the game and implemented a new level mode and an easier Arcade mode. Version 2.0 was released in December 2017. 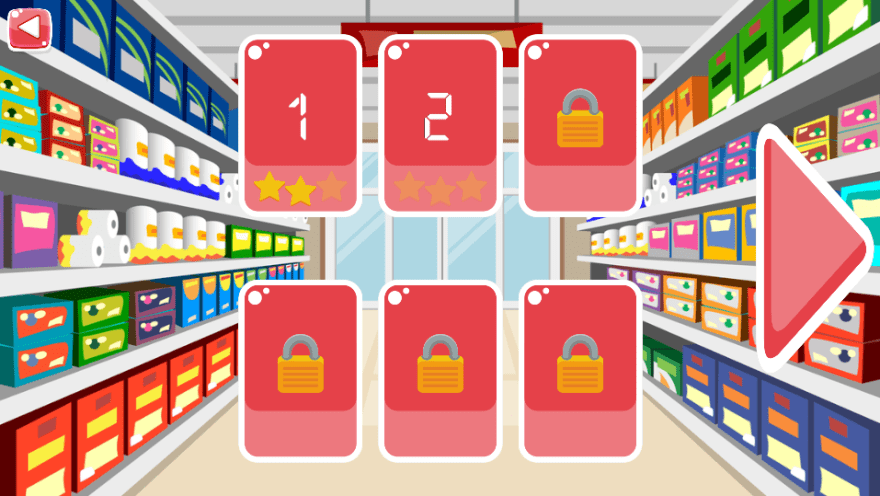 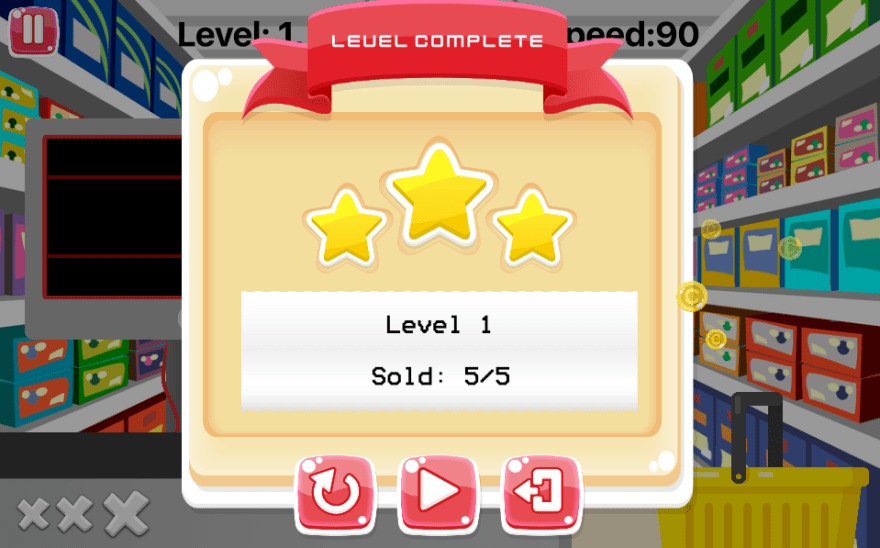 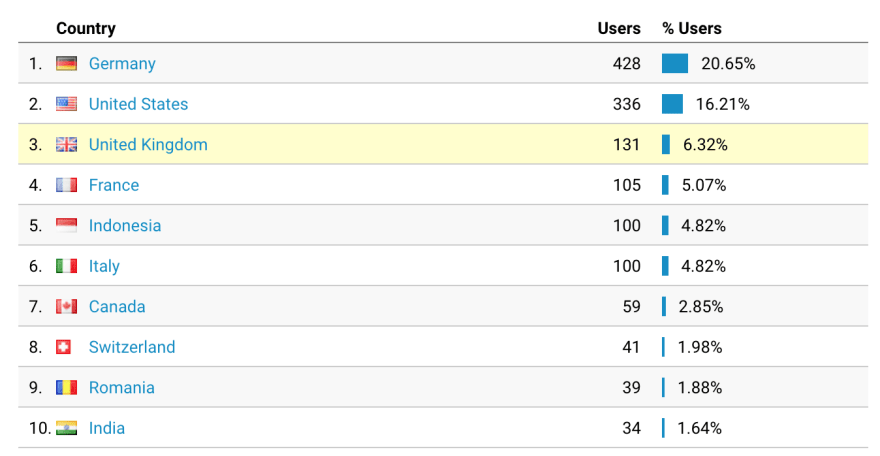 In my opinion, especially the custom events like play time are very interesting. Based on this numbers I can assume that the game is still to hard as most of the players see the game over screen in less than one minute play time.

Possible reasons for the missing success of the game

I really had a lot of fun developing the game and I learned a ton of stuff. Unfortunately, the game was not a financial success but at least I released my first video game 😜

Thanks for keeping DEV Community 👩‍💻👨‍💻 safe. Here is what you can do to flag mokkapps: