As of yesterday (March 12), SvelteKit is Open Source. Hooray!

While not officially in public beta yet, the GitHub repository is now public, and I encourage anyone reading this to check it out. Give it a star while you're at it.

There are obviously still many wrinkles that need to be ironed out before the release of the public beta, such as getting TypeScript working again, but now that the source repository has been opened up to the general public, us Sveltelowda will most likely resolve these major bugs soon.

The reason behind the early release is also rather unexpected and even quite entertaining.

If you want to take SvelteKit for a spin, you can get started quickly with npm.

You will run into the following notice, but don't be discouraged; you can still experiment with it freely. Just don't use it for anything serious yet.

When prompted to use TypeScript in Components, you should type N since the development server will still crash if you use TypeScript. (Once https://github.com/sveltejs/kit/issues/424 is fixed, TypeScript should hopefully become useable again.)

Now you'll run into three CSS options. I use vanilla CSS, but as far as I know, all three currently work.

To finish, you can now install the dependencies:

That's it for the setup.

To see the starter in action, start the development server.

Now, you can visit localhost:3000, where you'll be greeted with a cute little counter app. 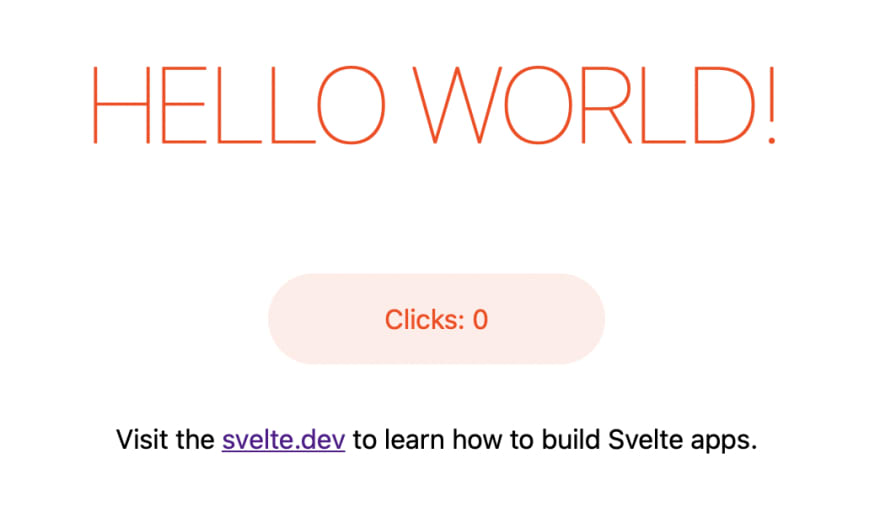 There are a great many things you can do with the starter. SvelteKit is only a toolkit for extra features beyond Svelte, so you can do anything you are able to do in regular Svelte, and more. The additional features are not yet well documented, if at all, so it is still the Wild West out there. What documentation exists can be found in the GitHub monorepo.

In the future, though, everything SvelteKit will be available at kit.svelte.dev, according to Rich Harris in this GitHub issue.

If you feel like you might need a refresh on Svelte, or if you want to check out new features, the Official Svelte Guide is a great place to do so. The api docs are also a fantastic resource.

I must say, I'm really looking forward to seeing how SvelteKit will evolve in the future.

By the way, the cover photo is by Achim Vedam.

Exploring strapi.js - Build an instagram clone with strapi and svelte