Note: This piece was originally published to pika.dev.

The year is 1941. Your name is Richard Hubbell. You work at an experimental New York television studio owned by CBS. You are about to give one of the world's first major TV news broadcasts, with 15 minutes of airtime to fill. What do you do?

In a world that has only known radio, you stick to what you know. That is, you read the news. "Most of the [televised] newscasts featured Hubbell reading a script with only occasional cutaways to a map or still photograph." [1] It would be a while before anyone would show actual video clips on the TV news. 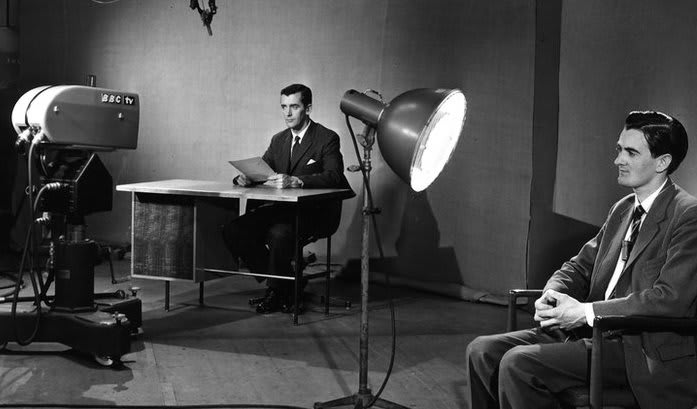 As a JavaScript developer in 2019, I can relate. We have this new JavaScript module system (ESM) that runs natively on the web. Yet we continue to use bundlers for every single thing that we build. Why?

Over the last several years, JavaScript bundling has morphed from a production-only optimization into a required build step for most web applications. Whether you love this or hate it, it's hard to deny that bundlers have added a ton of new complexity to web development -- a field of development that has always taken pride in its view-source, easy-to-get-started ethos.

@pika/web is an attempt to free web development from the bundler requirement. In 2019, you should use a bundler because you want to, not because you need to.

JavaScript bundling is a modern take on an old concept. Back in the day (lol ~6 years ago) it was common to minify and concatenate JavaScript files together in production. This would speed up your site and get around HTTP/1.1's 2+ parallel request bottleneck.

How did this nice-to-have optimization become an absolute dev requirement? Well, that's the craziest part: Most web developers never specifically asked for bundling. Instead, we got bundling as a side-effect of something else, something that we wanted realllllllly badly: npm.

npm -- which at the time stood for "Node.js Package Manager" -- was on its way to becoming the largest code registry ever created. Frontend developers wanted in on the action. The only problem was that its Node.js-flavored module system (Common.js or CJS) wouldn't run on the web without bundling. So Browserify, Webpack, and the modern web bundler were all born.

Today, it's nearly impossible to build for the web without using a bundler like Webpack. Hopefully, you use something like Create React App (CRA) to get started quickly, but even this will install a complex, 200.9MB node_modules/ directory of 1,300+ different dependencies just to run "Hello World!"

Like Richard Hubbell, we are all so steeped in this world of bundlers that it's easy to miss how things could be different. We have these great, modern ESM dependencies now (almost 50,000 on npm!). What's stopping us from running them directly on the web?

Well, a few things. 😕 It's easy enough to write web-native ESM code yourself, and it is true that some npm packages without dependencies can run directly on the web. Unfortunately, most will still fail to run. This can be due to either legacy dependencies of the package itself or the special way in which npm packages import dependencies by name.

This is why @pika/web was created.

@pika/web: Web Apps Without the Bundler

Snowpack is a modern, lightweight toolchain for web application development. Traditional dev bundlers like webpack or Parcel need to rebuild & rebundle entire chunks of your application every time you save a single file. This introduces lag between changing a file and seeing those changes reflected in the browser, sometimes as slow as several seconds.

Snowpack solves this problem by serving your application unbundled in development. Any time you change a file, Snowpack never rebuilds more than a single file. There's no bundling to speak of, just a few milliseconds of single-file rebuilding and then an instant update in the browser via HMR. We call this new approach O(1) Build Tooling. You can read more about it in our Snowpack 2.0 Release Post.

When you're ready to deploy your web application to users, you can add back a traditional bundler like Webpack or Parcel. With Snowpack you…

@pika/web installs modern npm dependencies in a way that lets them run natively in the browser, even if they have dependencies themselves. That's it. It's not a build tool and it's not a bundler (in the traditional sense, anyway). @pika/web is a dependency install-time tool that lets you dramatically reduce the need for other tooling and even skip Webpack or Parcel entirely.

@pika/web checks your package.json manifest for any "dependencies" that export a valid ESM "module" entry point, and then installs them to a local web_modules/ directory. @pika/web works on any ESM package, even ones with ESM & Common.js internal dependencies.

Installed packages run in the browser because @pika/web bundles each package into a single, web-ready ESM .js file. For example: The entire "preact" package is installed to web_modules/preact.js. This takes care of anything bad that the package may be doing internally, while preserving the original package interface.

"Ah ha!" you might say. "That just hides bundling in a different place!"

Exactly! @pika/web leverages bundling internally to output web-native npm dependencies, which was the main reason that many of us started using bundlers in the first place!

With @pika/web all the complexity of the bundler is internalized in a single install-time tool. You never need to touch another line of bundler configuration if you don't want to. But of course, you can continue to use whatever other tools you like: Beef up your dev experience (Babel, TypeScript) or optimize how you ship in production (Webpack, Rollup).

This is the entire point of @pika/web: Bundle because you want to, not because you need to.

Installing each dependency this way (as a single JS file) gets you one big performance boost over most bundler setups: dependency caching. When you bundle all of your dependencies together into a single large vendor.js file, updating one dependency can force your users to re-download the entire bundle. Instead, with @pika/web, updating a single package won't bust the rest of the user's cache.

@pika/web saves you from this entire class of performance footguns introduced by bundlers. Duplicated code across bundles, slow first page load due to unused/unrelated code, gotchas and bugs across upgrades to Webpack's ecosystem... Entire articles and tools are devoted to solving these issues.

To be clear, leaving your application source unbundled isn't all sunshine and roses, either. Large JavaScript files do compress better over the wire than smaller, more granular files. And while multiple smaller files load just as well over HTTP/2, the browser loses time parsing before then making follow-up requests for imports.

It all comes down to a tradeoff between performance, caching efficiency, and how much complexity you feel comfortable with. And again, this is the entire point of @pika/web: Add a bundler because it makes sense to your situation, not because you have no other choice.

@pika/web has completely changed our approach to web development. Here is the process we used to build pika.dev, and how we recommend you build your next web application in 2019:

Pika
A project to move the JavaScript ecosystem forward.