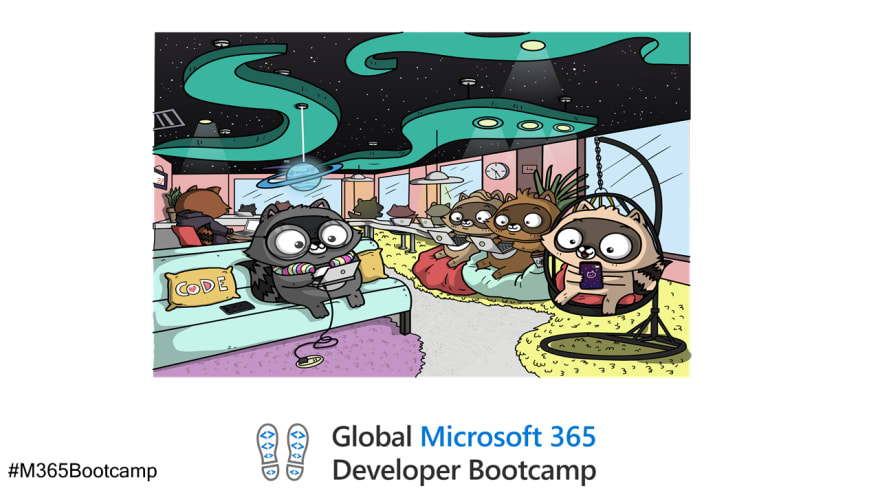 IMAGINE… You have a few weeks, to collaborate with a select groups of awesome fellow techies from across the globe, come up with new ideas, experiment with cutting edge software and cloud solutions, create some exciting brand new demos and content and then share it with developers across the globe in virtual bootcamps with live coding and all done virtually! As challenging as it may sound, it was one of the most fulfilling experiences I have had this year😊

For the newbies 🐝, Microsoft 365 Developer Bootcamps are virtual and free hands-on workshops where developers join Microsoft's MVPs, community leaders, and Microsoft engineers from around the world to learn and build solutions built on M365 eco system.

I joined Microsoft as a Cloud developer advocate in September '20, and in my previous role, I was the developer you will never meet outside DevOps or stand-ups, working behind the scenes building apps. Of course I was also awarded Microsoft MVP this year, but I barely organised any event even with that title (I was an MVP for only less than 6 months 😁) and leading a virtual open hackathon was something I have not thought of doing until I was given some sort of training around it.

Leading a global event was the first official task assigned to me and I cannot explain the surprise, excitement and the fragment of anxiety it brought to me. Honestly there is no better way to ramp up one's new role than jumping straight into something as huge as this. Thankfully I had loads of help, the content itself was already covered by my colleagues, some really cool peers who spent time discussing their experience hosting hackathons etc. Microsoft is such a huge place and it is also a pool of talented people, all you need to do is reach out 😊

A simple Emergency Response Center which could be used to coordinate the response to an emergency such as a natural disaster. This could complement the Crisis Communication Power App template, which helps to keep employees informed during a crisis; this solution is for the response team themselves 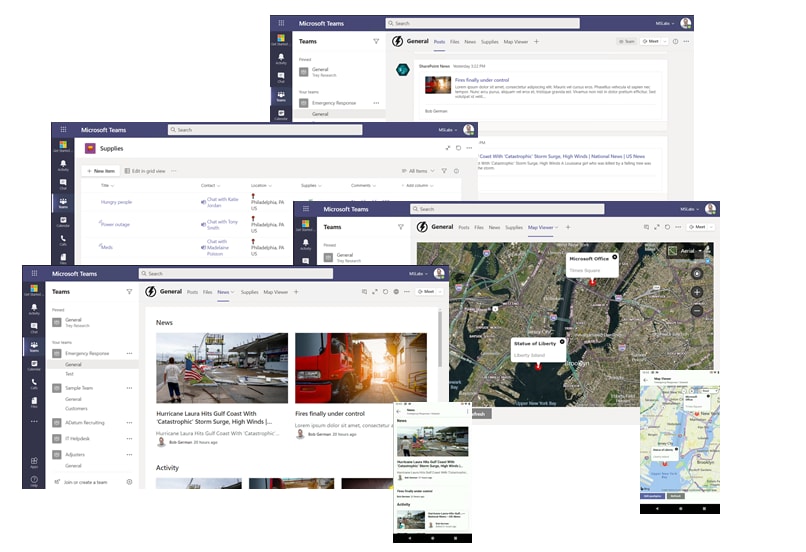 A solution monitoring your tasks, e-mails and calendar events as a Microsoft Teams Tab.

In a nutshell this was our approach.

💕They kept the conversations very engaging, you could see people were sticking around in the General channel to not miss out on the fun.

❤ They genuinely cared about the success of this event even when some of them had their own events the same week !

And guess what ? some of them even helped out others with their issues. Collaboration at it's finest 🦄.

I cannot help but post this tweet by Luise Freese who attended this event from her hair salon, real passion! She has also blogged her experience about the bootcamp please check it out 💪. 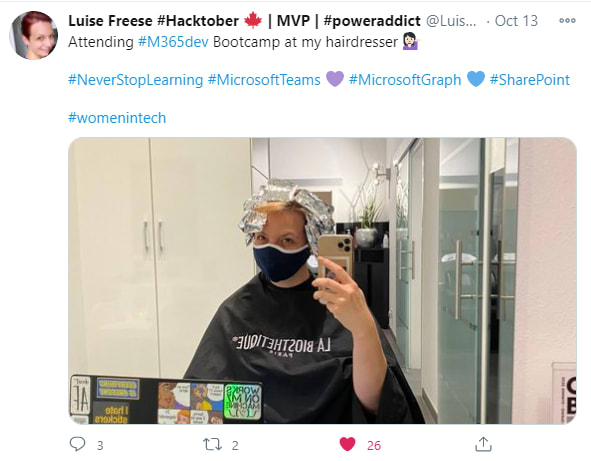 Next time I am running an event and if someone did not attend it while going for a run, I won't be thrilled 😁

The kind of engagement and revival a game of Kahoot! brings to your online events is unbelievable. We played 2-3 games each workshop. Everyone gets super attentive and fresh to take on with their labs after the game.
HIGHLY RECOMMEND

Of course every event has something or the other we could have improved.

For a virtual event, sending swag to over 3000 attendees is hard, but we could do better.
We did give away prize as Microsoft 365 developer subscriptions to Kahoot! quiz winner but c'mon swag will always be special.

Honestly this experience has left me and my peers more confident in running virtual events in Microsoft Teams.

We are constantly looking for ways to improve developer experience and Bootcamps like these are the stepping stones for developers to get started with new technologies. Their success as a developer is basically our role's primary goal and Microsoft Teams have enabled us as well as everyone who was part of this huge event feel empowered, empowered to develop, to create 🏆

Once suspended, rabwill will not be able to comment or publish posts until their suspension is removed.

Once unsuspended, rabwill will be able to comment and publish posts again.

Once unpublished, all posts by rabwill will become hidden and only accessible to themselves.

If rabwill is not suspended, they can still re-publish their posts from their dashboard.

Once unpublished, this post will become invisible to the public and only accessible to Rabia Williams.

Thanks for keeping DEV Community 👩‍💻👨‍💻 safe. Here is what you can do to flag rabwill:

Unflagging rabwill will restore default visibility to their posts.