Lately, React and Redux have been the talk of the town and I've been playing around with it for a while and learnt a few nuances. I am writing this so anyone who's getting started with Redux can see it from beginner's perspective.

Redux has no dependency on react and vice-versa. They both work well together and do their respective roles. 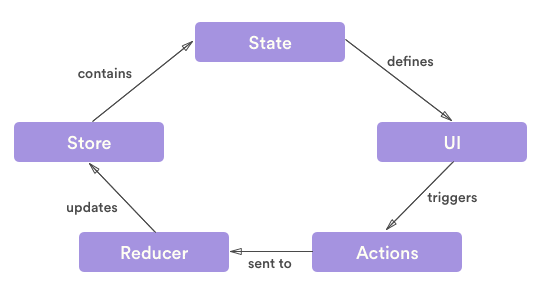 The above picture gives a good overview of how redux cycle works.

Radium Sharma
What was your win this week?
#discuss #weeklyretro
Introducing Budibase 2.0 🍱
#opensource #beginners #javascript
How do you focus??
#webdev #productivity #discuss #beginners

Once suspended, radiumsharma06 will not be able to comment or publish posts until their suspension is removed.

Once unsuspended, radiumsharma06 will be able to comment and publish posts again.

Once unpublished, all posts by radiumsharma06 will become hidden and only accessible to themselves.

If radiumsharma06 is not suspended, they can still re-publish their posts from their dashboard.

Once unpublished, this post will become invisible to the public and only accessible to Radium Sharma.

Thanks for keeping DEV Community 👩‍💻👨‍💻 safe. Here is what you can do to flag radiumsharma06:

Unflagging radiumsharma06 will restore default visibility to their posts.