In previous blogposts I also described how I built the app (Build a PWA in docker).

The deployment runs the docker container. If you follow my personal cloud setup make sure to use more than one replica as the nature of preemtive VMs means one replica might randomly get shut down.

Note that the image will be set and updated by gitlab ci as described here: (Deploy to google kubernetes engine using gitlab ci).

The service and traefik ingress

Updating the traefik config is important so traefik requests a new HTTPS certificate for the app from Let's encrypt. You will need to add this line to the traefik toml file that is described here (Run a personal cloud with Traefik, Let's encrypt and Zookeeper):

Now you can just point the A record of your domain to the traefik external IP and the rest will automatically be handled by your personal cloud :). 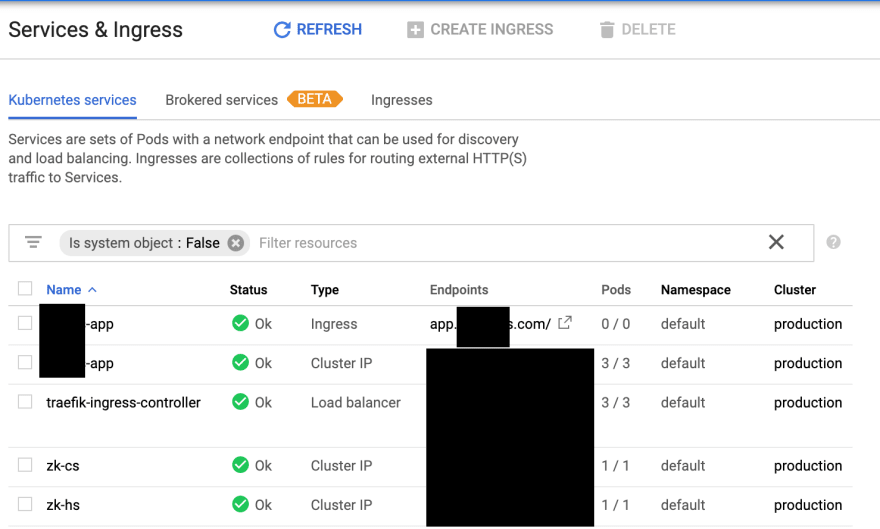 I am a full stack developer and digital product enthusiast, I am available for freelance work and always looking for the next exciting project :).

You can reach me online either by email (pheltweg@gmail.com) or on twitter https://twitter.com/rhanarion.

Once suspended, rhanarion will not be able to comment or publish posts until their suspension is removed.

Once unsuspended, rhanarion will be able to comment and publish posts again.

Once unpublished, all posts by rhanarion will become hidden and only accessible to themselves.

If rhanarion is not suspended, they can still re-publish their posts from their dashboard.

Once unpublished, this post will become invisible to the public and only accessible to rhazn.

Thanks for keeping DEV Community 👩‍💻👨‍💻 safe. Here is what you can do to flag rhanarion:

Unflagging rhanarion will restore default visibility to their posts.