When learning about how to use OpenSSL to create self-signed certs, it became clear to me that most of the information available online assumes you know what certificates are, and how they fit in HTTPS.

I decided to have a go at explaining HTTPS by explaining how communications are made secure, namely how Diffie-Hellman key exchange and digital certificates work. Here's my take on it. 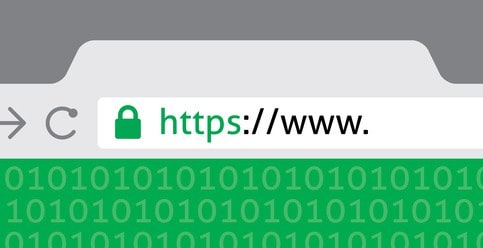 HTTPS allows us to communicate securely over an insecure channel (for example over an open wifi network in an airport) where it is easy for someone to listen to all network traffic. The communications with HTTPS are secure because they are encrypted.

The communication is encrypted using symmetric key encryption. This particular type of encryption requires that both the sender and receiver have the same key (i.e. the same key is used to encrypt and decrypt the data).

But if the sender and the receiver need to send the key to each other through the insecure channel, doesn't this make this whole exercise pointless?

This can only work if the sender and receiver have a way of sending a secret key to each other even with someone listening to the communication (and without that someone being able to figure out what the secret key is).

This is where the Diffie Hellman key exchange comes into play.

Diffie-Hellman allows two parties to create a shared secret key without revealing it, while doing it "in the open", i.e. even if someone has access to all the information that the two parties exchange, they still won't be able to discover what the secret key is.

It sounds like magic, right? No, it's just math.

Here's a simple example of how it works. First two numbers are picked, they are usually called p and g. p is short for prime, g is short for generator.

A prime is a natural number greater than 1 that has no divisors other than 1 and itself.

A generator g for prime number p is a number such that g^x mod p for x between 1 and p-1 will "generate" all the numbers from 1 to p-1.

We know have all the pieces to perform Diffie-Hellman "by hand".

As an example, imagine Alice and Bob want to write letters to each other. Unfortunately someone is reading their correspondence, so they decide to use Diffie-Hellman to be able to communicate secretly.

Bob then computes this: g^secretBob mod p, in this case 3^5 mod 7 = 5. Bob sends this number to Alice, let's call this number numberBobSent.

At the same time Alice computes g^secretAlice mod p, in this case 3^2 mod 7 = 2 and sends it to Bob, let's call this number numberAliceSent.

Alice receives Bob's letter with number 5. She then computes numberBobSent^secretAlice mod p, in this case 5^2 mod 7 = 4.

Bob receives Alice's letter and does the same: numberAliceSent^secretBob mod p, in this case 2^5 mod 7 = 4.

This works because for large primes it is prohibitively costly to figure out the shared secret with the information that an eavesdropper has access to (p, g, and numberBobSent and numberAliceSent).

We now know that web servers and browser clients can make use of Diffie-Hellman to establish a secret key to encrypt communications even when someone has access to all information that is exchanged.

This solves the problem of secure communications over an insecure medium, right? Well, not really.

Going back to Alice and Bob's example, imagine that whoever is reading their correspondence, let's say Eve, takes a more proactive role. Eve will grab Alice's letters and replace them with her own, and will do the same with Bob's.

There's no way for Alice and Bob to know that their communication is not private.

This is what is called "A man in the middle attack".

So how can we solve this problem?

That's where digital certificates come into play, but before we need to talk about asymmetric key encryption.

With asymmetric keys, there are two keys, a private and a public one. Both can encrypt and decrypt, but if you encrypt with one of them you can only decrypt with the other.

A certificate is just a public key bundled together with information about the holder of the private key (e.g. the subject name which usually contains the website domain, e.g. blinkingcaret.com).

What makes a certificate trustworthy is that it is digitally signed by a certificate authority (an example would be Symantec, formerly Verisign). But first, what is a digital signature?

When someone receives a piece of information with the encrypted hash they can create a hash of the information themselves (using the same type of hashing function, e.g. md5), use the public key to decrypt the signature and compare the two hashes. If they match it means that the information not only was not changed, it was also created by whomever the private key belongs to.

In case you are wondering why we don't just encrypt all the information instead of using a hash function, that's because the hash is much smaller and still has all the properties we need to guarantee that the information was not tampered with.

So, coming back to Alice and Bob's example, we should change the story here because the metaphor with the letters breaks a bit.

Imagine that Bob and Alice would deliver the letters to each other by hand.

Also, imagine that Alice and Bob had never met, they don't know how the other one looks like.

Although more complicated, a man in the middle attack is still possible in this scenario. Imagine someone, let's say Joe would make himself pass by Bob and meet Alice, and then someone else, for example Jane, would pass herself by Alice and meet Bob. John and Jane could coordinate between themselves so that even if Alice and Bob tried to use Diffie-Hellman they would end up talking to Jane and John without knowing it.

However, imagine now that Bob and Alice have id cards, issued by a government, and that are extremely difficult to forge.

Alice can ask Bob for his id card. The card has Bob's name and his picture, and is issued by a government that Alice knows is trustworthy, Alice is satisfied that Bob is whom he says he is. Bob can do the same in regards to Alice.

I hope this gives you a better idea of how all these pieces fit together to enable HTTPS. Be sure to check my blog for more related content, for example how to create your own certificate authority, install it and create signed certificates using OpenSSL.

Rui Figueiredo
Currently working as a contractor, mostly on Node.js and Typescript, also React. Also have a background in academia, I have a PhD in CS and worked as a researcher in AI.
How to get perfect intellisense in JavaScript
#webdev #javascript #productivity #node
Everyone is watching what you do online. How user tracking with cookies works
#security #privacy #webdev
ASP.NET Core Development in Linux
#dotnet #webdev #linux

Once suspended, ruidfigueiredo will not be able to comment or publish posts until their suspension is removed.

Once unsuspended, ruidfigueiredo will be able to comment and publish posts again.

Once unpublished, all posts by ruidfigueiredo will become hidden and only accessible to themselves.

If ruidfigueiredo is not suspended, they can still re-publish their posts from their dashboard.

Once unpublished, this post will become invisible to the public and only accessible to Rui Figueiredo.

Thanks for keeping DEV Community 👩‍💻👨‍💻 safe. Here is what you can do to flag ruidfigueiredo:

Unflagging ruidfigueiredo will restore default visibility to their posts.