JS variables are used to store data values. But unlike any other language, the datatypes of that variable are not declared first like in C++. JavaScript has dynamic types. This means that the same variable can be used to hold different data types,

To declare variables we use var, let, and const.
var and let are very similar except in block scope which is discussed in the difference between var and let.
cont is the same as let but used only for constants. 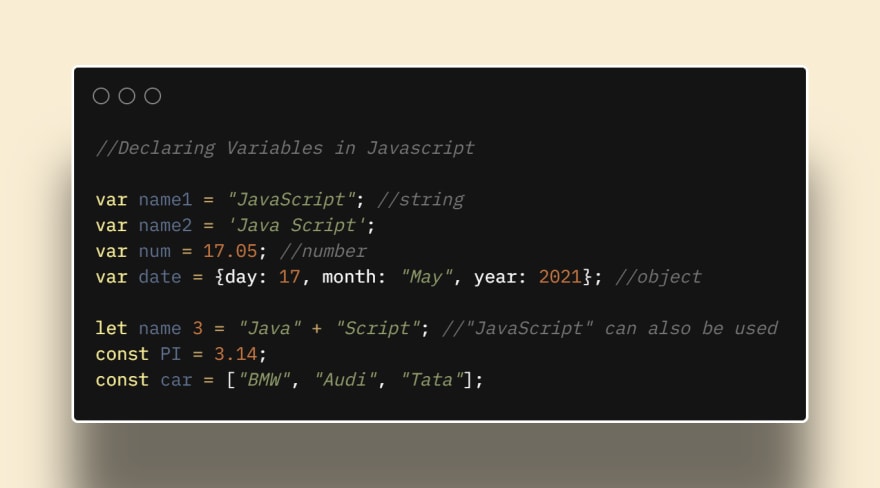 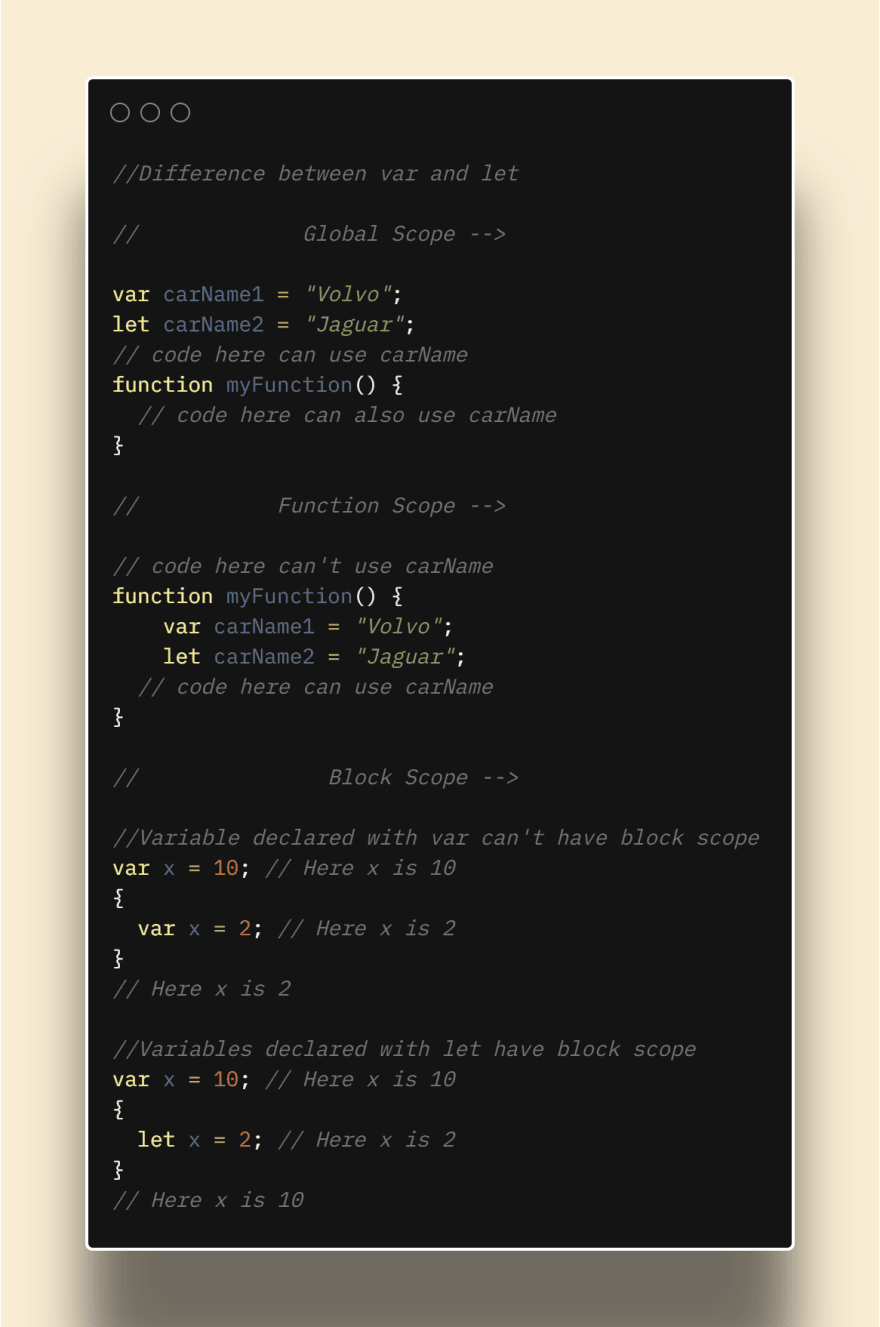 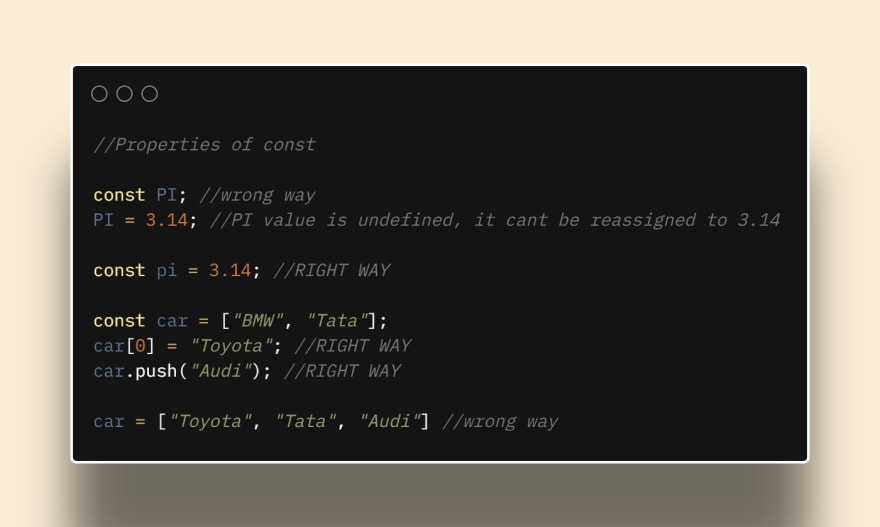 Once suspended, sanskrati01 will not be able to comment or publish posts until their suspension is removed.

Once unsuspended, sanskrati01 will be able to comment and publish posts again.

Once unpublished, all posts by sanskrati01 will become hidden and only accessible to themselves.

If sanskrati01 is not suspended, they can still re-publish their posts from their dashboard.

Once unpublished, this post will become invisible to the public and only accessible to Sanskrati Jain.

Thanks for keeping DEV Community safe. Here is what you can do to flag sanskrati01:

Unflagging sanskrati01 will restore default visibility to their posts.