Cloud Native Microservices and DevOps are much about speed and agility. Users expect rapid responsiveness, innovative features, and zero downtime. Feature flags are a modern deployment technique that helps increase agility for cloud-native applications. They enable you to deploy new features into a production environment, but restrict their availability. With the flick of a switch, you can activate a new feature for specific users without restarting the app or deploying new code. They separate the release of new features from their code deployment.

A feature flag is a software development process used to enable or disable functionality remotely without deploying code.

New features can be deployed without making them visible to users. Feature flags help decouple deployment from release letting you manage the full lifecycle of a feature.

They fall into various usage categories, and it's important to take that categorization into account when implementing and managing toggles. Toggles introduce complexity. We can keep that complexity in check by using smart toggle implementation practices and appropriate tools to manage our toggle configuration, but we should also aim to constrain the number of toggles in our system.

Some of the use cases, as CloudBees aptly lists:

Traditionally, you just absorb all this risk at once. With feature flags, you can separate these risks. You put the new code into production, see how that goes, and then turn the features on later once they’re settled from a technical perspective.

Conventional wisdom has always held that you don’t test in production.
But Facebook, Netflix, and others giant companies couldn’t possibly recreate their production environments for test, so they have to run QA in production. And in doing so, they’ve proved that there’s an awful lot of value to the activity.

So when using feature flags, you can de-risk deploying functionality whose production behavior is unknown to you. Of course, you always want to test everything you can as early as you can. But it’s nice to have options.

Turning Things Off With a Kill Switch

Just as you can use feature flags to increase the number of users that see a feature, you can also go in the opposite direction. You can decrease the number seeing it, including decreasing it immediately to zero with a conceptual kill switch.

With a canary release, you introduce the new code gradually to your user base. If there is an issue, you can find out with only a fraction of the user base seeing it, rather than everyone inundating you at once with support requests.

Using feature flags to run production experiments. The easiest one of these to explain is the A/B test.

With an A/B test, you go to production with two different versions of something to see which does the best. For instance, perhaps you run an e-commerce site, and you want to see whether a green or red “buy” button results in more likes. You can deploy both buttons and use a feature flag to split your user base in half and see which button performs the best.

Let me see some code

Enough with the theory, let's dive into action.
For this article we're creating an .NET Core (well, .NET 5 technically) Miroservice.

Now we'll add a new feature in our Microservice which echos the reverse of content received.
e.g. If we say hello, the Microservice should return olleh.

The endpoint takes a string, reverses it and sends it as HTTP 200

We can implement a feature management on own, however why to re-invent the wheel when someone else has done it.

We'll use Microsoft.FeatureManagement.AspNetCore for our Microservice.

There are 3 things we need to take care of:

We'll address all these one by one

1. Where to store the Feature Flag/Feature Toggles?

For this article we're storing our Feature Flags in ASP.NET Core configuration. This can either be appsettings.<Environment>.json or Operating System Environment Variables or if you're deploying your app in any PaaS service like Azure App Service or AWS Beanstalk, you can store in it in respective configuration stores.
We'll create a root element FeatureFlags and a Feature named ReverseEcho. 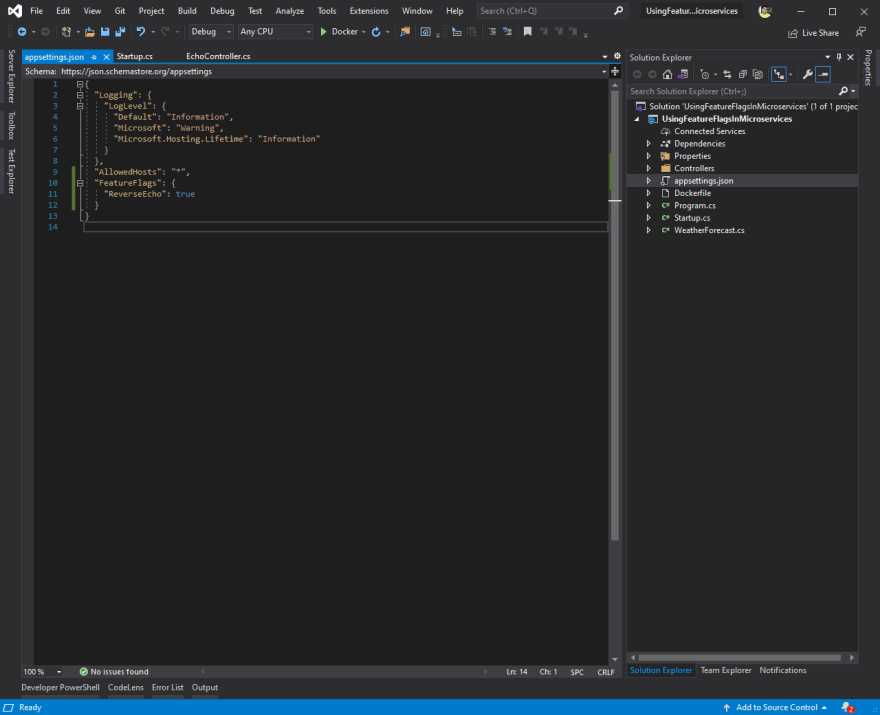 2. How to tell our application that we'll use Feature Management? 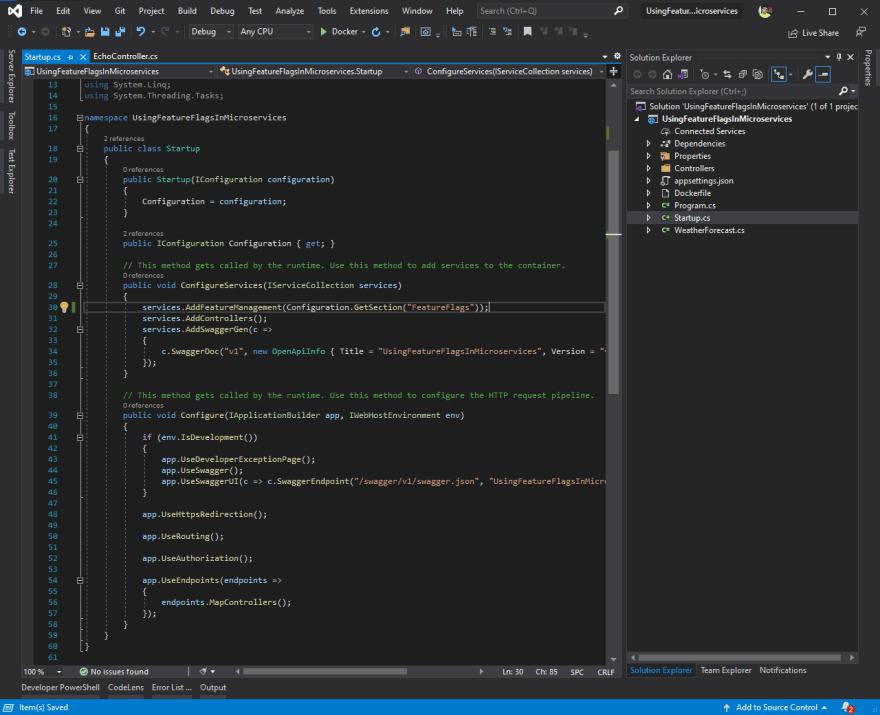 3. How to use it in code to restrict functionality? 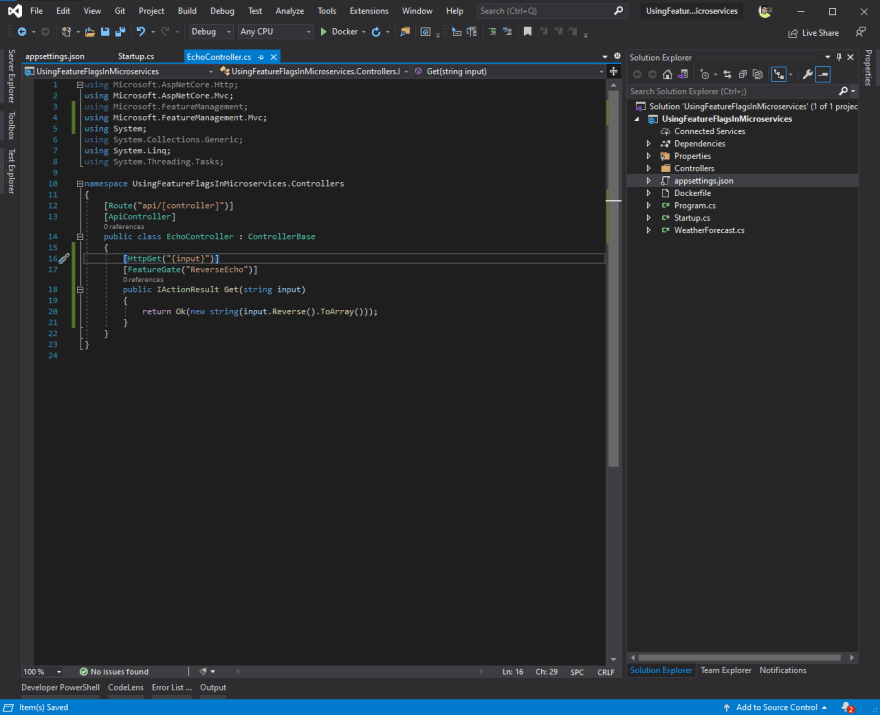 Only if the ReverseEcho Feature Flag is true, this Action Method would be called. 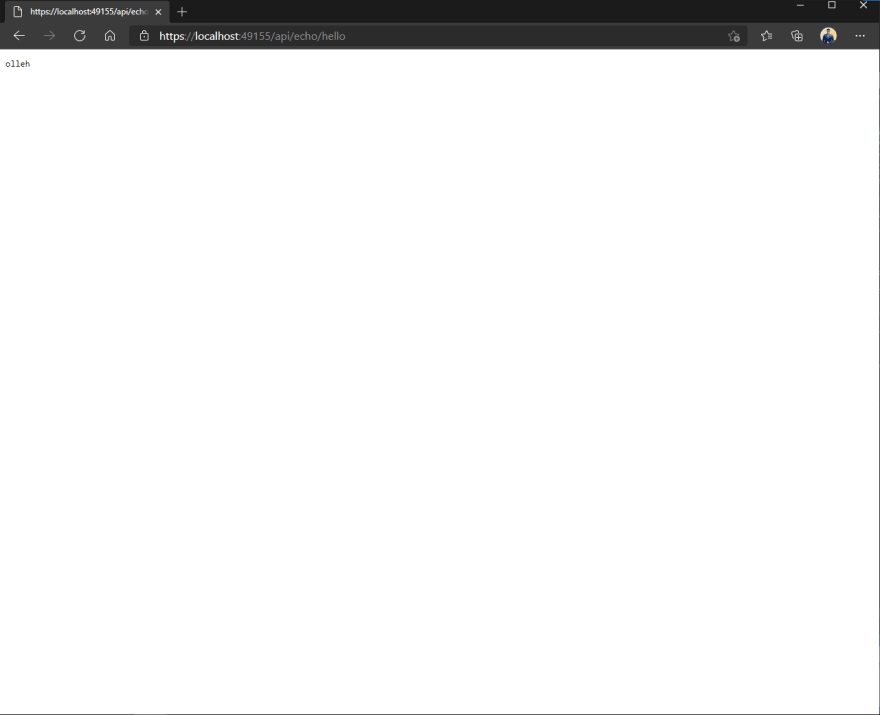 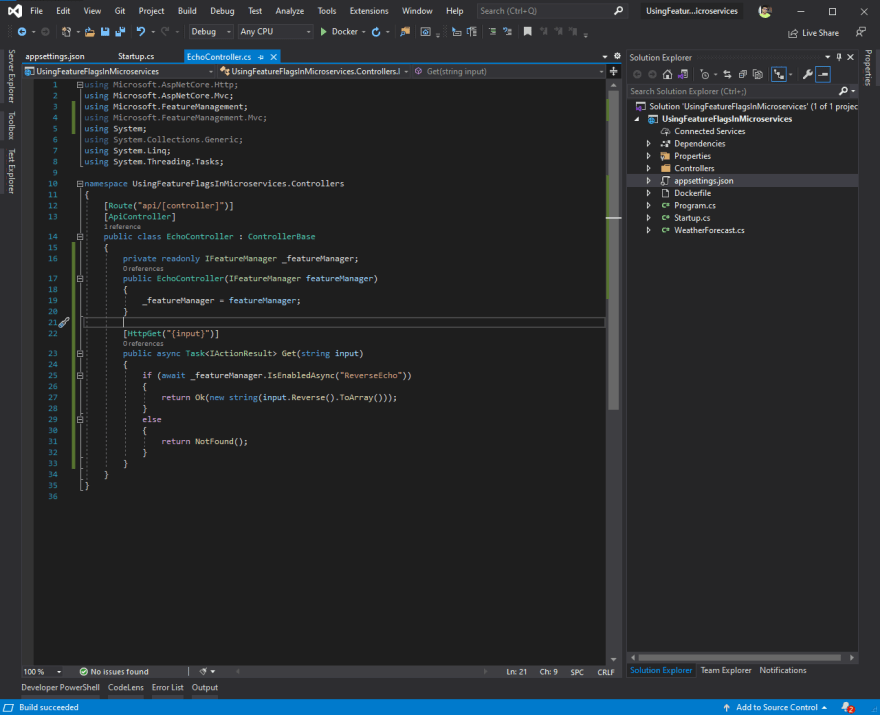 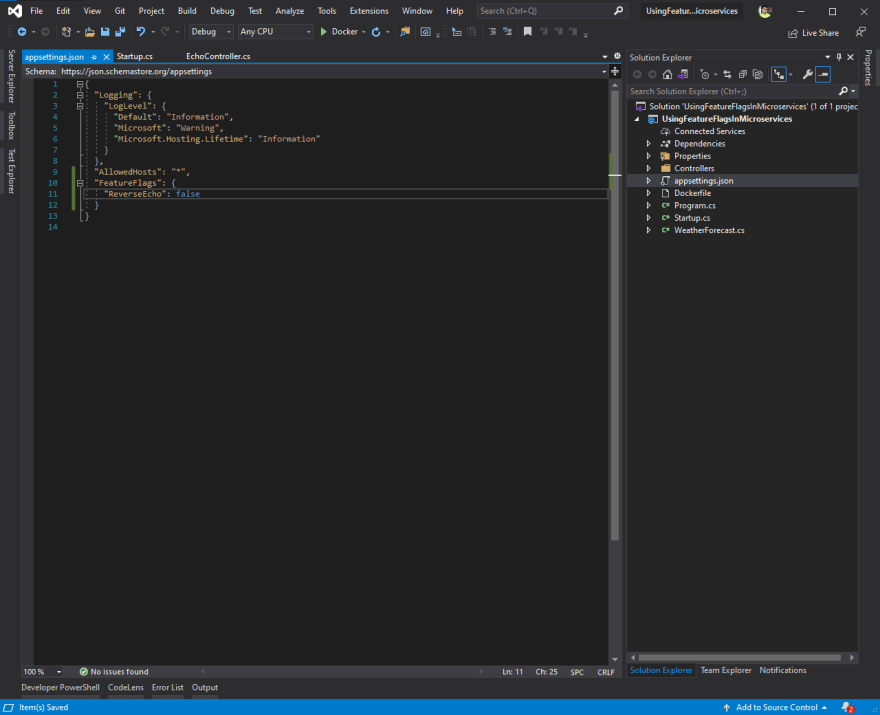 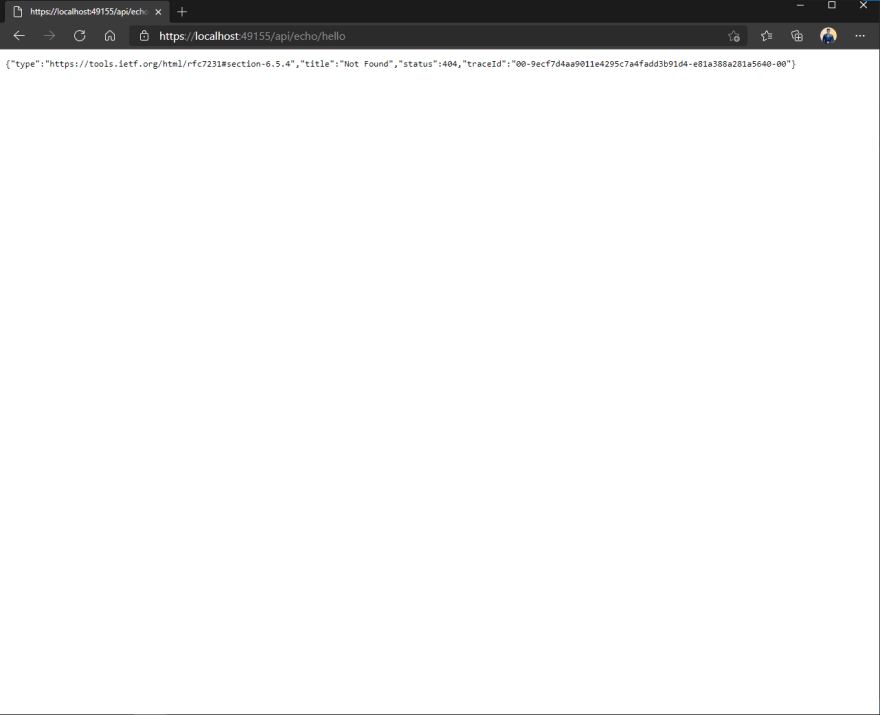 Congratulations, you just implemented Feature Flags/Feature Toggles in your Microservice. Of course string reversal example was far from a real-world feature, but now we understand the idea.

Instead of just true/false, Microsoft.FeatureManagement.AspNetCore provides many advanced feaures as well.

Originally published at my blog: https://blog.satishyadav.com/Using-Feature-Flags-aka-Feature-Toggles-in-Microservices-and-DevOps/

Monitoring and Observability in Azure Kubernetes Service With Prometheus

How to build your own “DoorDash” app

Once suspended, satish will not be able to comment or publish posts until their suspension is removed.

Once unsuspended, satish will be able to comment and publish posts again.

Once unpublished, all posts by satish will become hidden and only accessible to themselves.

If satish is not suspended, they can still re-publish their posts from their dashboard.