Photo by Hardik Pandya on Unsplash

You did it! You landed a position as a software engineer for a Silicon Valley start-up. You can't help but have a pop in your step and a twinkle in your eye.

You fought your way through all the complex interviews and negotiated yourself an amazing salary. Honestly, for your first job ever, it's way more than you had ever thought you could make.

This is the place where people like Larry Ellison and Reid Hoffman planted their billion-dollar companies and now it is time for you to get your piece!

You landed in SFO an hour ago and you have already seen 4 Waymo cars and overheard a few phone calls with people using words like burn-rate and mentioning 50 million dollar as if it were nothing.

It's all exciting and a little overwhelming considering you came from a smaller town in middle America where things were a little bit slower. But that's not going to stop you!

Your start-up is well funded and they set you up with a leasing consultant to help you find a place that is just right for you! Being 22 years-old you know you want to live in the city. You're young and you want to be where the action is after all.

Sure, it's an hour and a half away from your job that's almost in Sunnyvale, but you don't want to be out in the suburbs. What are you going to do there?

Your consultant shows you a few places.

It's strange, prices and quality of life in the bay area vary so wildly. You could spend 1 million dollars for a condo that is sinking into the ground, pay nothing and live in an RV in the front of your start-up or perhaps pay 1200 a month and live in a bunk bed with no privacy.

Of course, you opt for none of those choices and instead, doing some quick math you realize you can afford a place that costs $3,000 a month. Sure, that's $36,000 a year which is what most people make in your hometown annually. But you only live once right? What else are you going to do with your 6-figure salary?

Plus, the place has a gym so you won't need to pay a $30 a month fee somewhere else.

A Day In The Life Of A Software Engineer 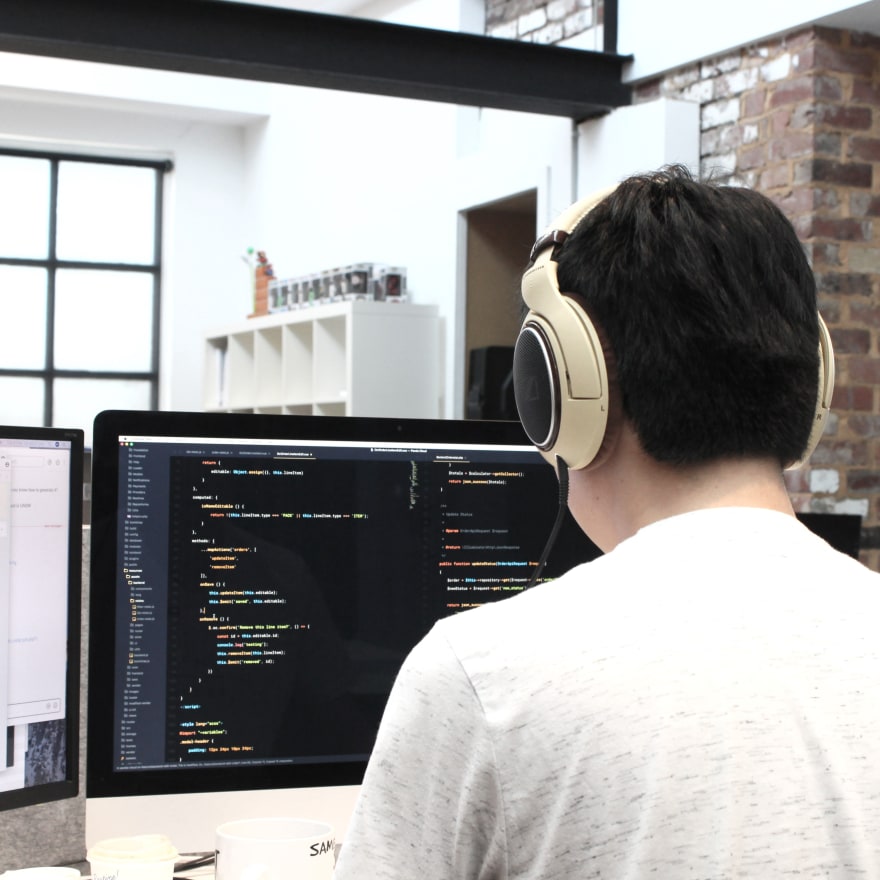 Photo by True Agency on Unsplash

You're still excited about your first day of work at your Start-up.

At 7 AM you pounce out of bed. Not hindered by the 4 hours of sleep you got last night. You had found some tech You-tuber and spent hours watching their old videos. Plus, you were just too excited to sleep

Spending no more than 15 minutes in front of the bathroom, you quickly go through your morning routine.

Now, it's time for your one and a half-hour commute. No worries though. You have a great new podcast you can listen to, so you at least can learn while you drive...

Getting into work, you're a little drained from the drive, but you figure you'll get used to driving eventually.

Also! After signing in and getting your temporary badge for the day you are greeted by an amazing sight. Breakfast.

Fluffy scrambled eggs, golden waffles, glistening fresh strawberries, blueberries and blackberries, and honestly so much more. Your eyes widen and forget the long drive as you grab a plate and fill your plate to the brim.

Perhaps this is your Canaan, your land of milk and honey. Like a small child going to an all you can eat buffet you vastly overestimate how hungry you are. It's not often you eat waffles, smoked salmon, scones and a breakfast burrito for one breakfast.

Borderline comatose you find your way to your team. Most of them aren't that much older than you. They are all talking about the latest escape room they went to over the weekend. That's the thing to do now.

Their laptops are covered with various stickers and company logos and they are all drinking some strange cold brew brand that you have never heard of.

One of them has been assigned to help you get up to speed. You walk through the various internal best practices, codebase, infrastructure as well as discuss some of the best restaurants in town. You can't remember which one seemed the most important to your new co-worker.

The software stack is some amalgamation of AWS, Go, Hadoop and several other systems you haven't even heard of yet. It sounds like you have reading to do.

Looking up at the clock, it's already lunch.

Lunch seems to be a repeat of breakfast, but with even more. Your start-up isn't huge so they only have one cafeteria. But that one cafeteria has pizza, ramen, sandwiches, curry, and sushi on Fridays.

You're still a little full from breakfast. But your brain switches into a scarcity mindset.

What if this food isn't here tomorrow?

Repeating your breakfast transgressions you overload your plate. It is hard to say no. Up until this point, you were a starving college student who ate mostly dollar cup-o-noodle. How can you say no?

As you walk to your team's lunch table a grape from your plate casually finds its way off your plate. Falling to the floor. You contemplate picking it up but assume the janitorial staff will get it later. 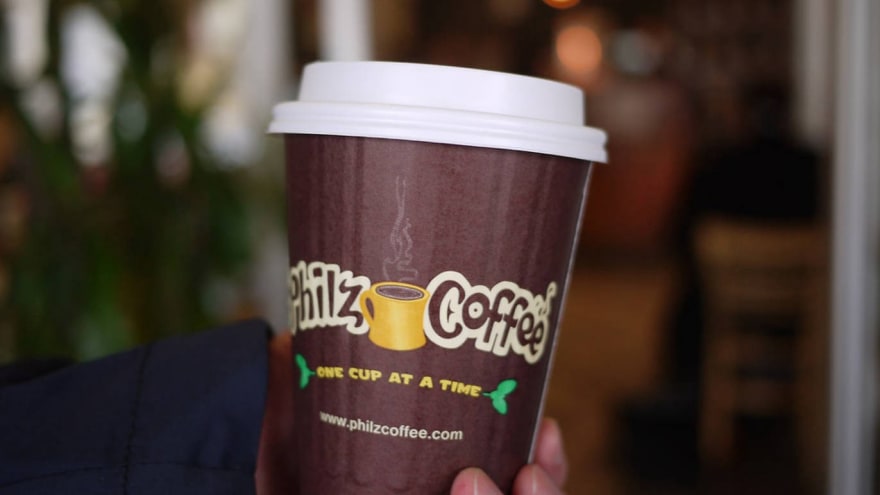 Following lunch, your manager comes up to you and asks if you want to join him and the rest of the team at someplace called "Philz". Apparently, its The coffee shop to go to in the bay area.

Of course, you can't say no to coffee! So you tag along

Walking over to the nearby Philz you can smell the coffee before walking in. It's pretty packed and everyone seems to have a sprig of mint in their coffee.

Another odd thing is Philz has a strange method of ordering from a logistics standpoint. You can tell if it's a persons first time ordering at Philz, because like a badly designed app Philz does not offer an obvious process for ordering and paying. Instead, you order from one of a few possible baristas and then walk over to the person behind the cash register afterward. There is a clear awkwardness that new users feel as they look around to figure out how to pay for their drink.

Maybe they don't want us to pay?

Everyone on your team convinced you to get a "Mint Mojito".

You order it anyway and near have a heart attack when the cashier asks you for almost $6 for a single cup of coffee. You feel like you can hear your wallet cry as you put your chip side of your card into their credit card reader.

After waiting and watching the Baristas juggle their various drink orders your cup finally comes. It's iced, frothy and looks more like a tropical drink with the mint.

You take a sip.

Oh my goodness, you're hooked.

Getting back to work you have a 1:1 with your director and he talks about her philosophical level of management. She clearly has read the new James C. Collins book. It all sounds good and well.

She talks about your growth and what you want. That's a first. You always assumed companies just wanted workers. But listening to your director, it sounds like you are important!

A few weeks have gone by since that talk with your director. You have been juggling two major projects and find yourself in the office later and later every night. You had been visiting the gym every night when you got home but now between the drive and the long day all you want to do is vegetate in front of your TV watching the latest season of whatever everyone else is talking about.

There is a lot of work to do at a start-up and every day just seems to bring new trials and tribulations. Old code written by previous developers fails, new feature releases don't go as planned and of course, your burn rate seems to only increase rather than decrease.

Shrugging it off you continue to push every day. Your one and half hour drive has seemed to get longer every day and it no longer feels like the glamour of having breakfast prepared in-house dulls the agony of driving over three hours a day.

Deep down you know you're still making several times over what the national average is in salary, but when you calculate the number of hours you are putting in you begin to question if it's all worth it.

Even with this salary, you calculate you won't be able to buy a house in the bay area until you're in your late thirties and that is assuming you get a raise every year.

You wonder how some of the support staff even affords rent or food in one of the most expensive places to live in America.

It is a mystery. 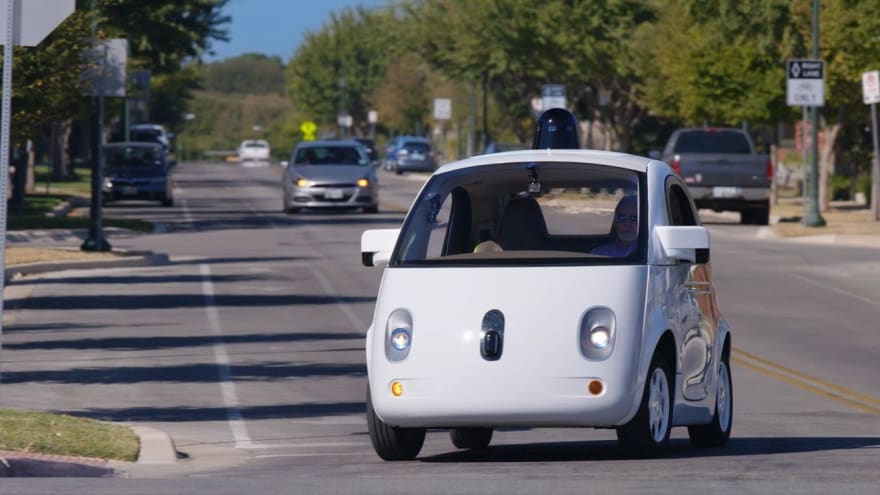 It's been six months since you have moved to silicon valley. Your 23rd birthday has come and gone.

A beard has sprouted out of your chin where there once was baby smooth skin. It's not what you would call well-groomed and looks more like a tumbleweed than a beard. As for clothes, you have started only wearing t-shirts and hoodies...maybe two or three times in a row. Who cares right? It's not like you have time to date, anyone.

Philz Coffee has become a daily ritual, regardless of the $5.50 per cup. You've done the math, that's over $2000 a year...which could be a nice vacation.

A Waymo car passes you as you walk back to your car to drive into work almost stepping on some human feces along the way.

The glamour of working at a start-up has somewhat faded as the reality of a $3,000 a month rent has sunk further into your brain. Between student debt and rent you barely feel like you can put anything away. While at the same time, the temptation of buying a new Tesla 3 scrapes at your mind daily as you pass a row of them charging in front of your work.

Scanning your badge you enter into your building. Instead of filling your breakfast plate you, you grab some oatmeal and fruit. You don't want to gain another 15 pounds as you already find yourself staring down at your new-found gut.

Sitting down at your desk you slip your headphones on and start to work on the most current ticket. Some MySQL shard didn't properly propagate last night almost dropping hundreds of transactions. White knuckling your armrest, your fingers slowly click over the keyboard as you investigate the problem.

This is your life at a Silicon Valley Start-Up.

8 things I learnt from starting, running, and selling a software agency