This article was originally posted on my presonal blog

It's important you keep your Javascript projects secure, especially with all the NPM packages you might be using, and their own dependencies that so many developers don't look into.

It can be harder when it's the dependencies' dependencies. You might not know of a dependency in your project and that dependency's version could be insecure due to an exploit. Keeping up with your dependencies, or sometimes knowing how to fix them, can be a hassle.

One way is you can leverage NPM's audit command. However, sometimes you might find it hard to resolve the issue, or you might not know about an exploit in the versions you currently have and forget to check your project. This is where services like Snyk come in.

Snyk is a platform that ensures your projects security, generally. It has a lot of services, and one of them is Snyk Open Source, which provides security management to open source projects. This service is free to use.

Through Snyk Open Source, you can track any repository you have, be informed of any exploits and vulnerabilities, and learn how to resolve them.

Once you create an account, if you gave access to your repositories, then you will get to choose which ones you want Snyk to manage its security. The entire list will be shown to you, so you can easily choose among them.

After you are done setting up your account, you will see your dashboard, where you will see the pending tasks regarding exploits and security issues in your projects that need to be resolved.

If you open a project, you can see all the issues in your project. All issues have 3 levels of severities: High, Medium and Low. 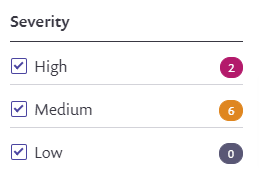 For each issue, you can see its severity, type of exploit, which package is causing it, which version is the exploit caused by and if there is a version that fixes the exploit, and the path that the exploit originated one. This last one is very helpful when the exploit is in a dependency of other dependencies. 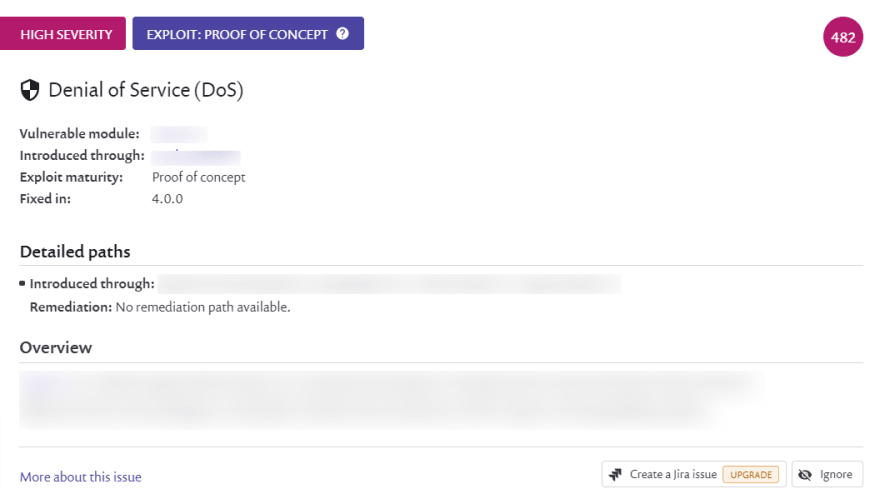 If you also click on "More about this issue" at the bottom of the issue, you can see more information about the security issue caused, what the attack can cause, and how to resolve the issue. If the issue can be easily resolved, you will also have the option to create a PR right from the interface, which makes it even easier. You can see many other information about the exploit as well. 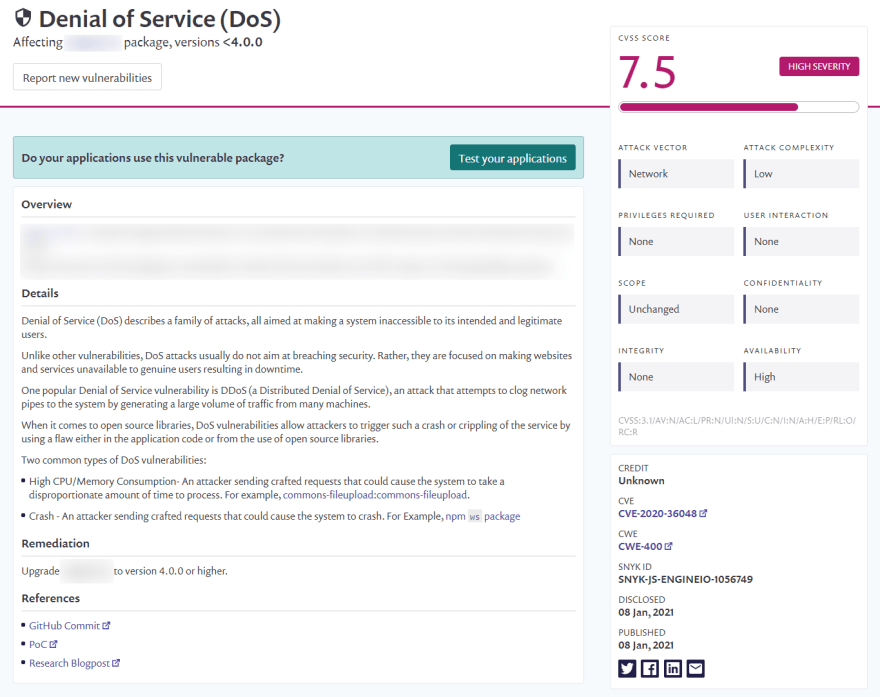 This way you can either use their "PR Fix" if it's available, or learn how you can resolve it yourself by looking at the "Remediation" and the path of the exploit.

Once you have fixed the issue, you can click on "Retest now" in the project's page and see if the issue is now resolved.

Another great feature is that once Snyk finds a vulnerability in your project, it will send you an Email about it. That way you can always stay updated about vulnerabilities and learn how to resolve them as soon as possible.

There are a lot of services out there that helps you keep your projects secure not just Snyk. It's very important to use one of them to make sure your projects are never using dependencies that can cause your project to be exploited.

Once suspended, shahednasser will not be able to comment or publish posts until their suspension is removed.

Once unsuspended, shahednasser will be able to comment and publish posts again.

Once unpublished, all posts by shahednasser will become hidden and only accessible to themselves.

If shahednasser is not suspended, they can still re-publish their posts from their dashboard.