By now, ES6 (ES2015) is widespread enough that many developers are writing their JavaScript with this modern syntax. However, I commonly see room for improvement with variable declarations. Specifically, when I see a let to declare an object that is updated, but never reassigned a new value.

Here is the offending example:

Yes, that can actually be a const because the cache variable is never reassigned.

Many refer to const declarations as creating "immutable" variables. Immutable meaning that the value (including properties of objects) can never be updated.

If that is the case, then let's try our initial example using a const:

If cache is now an immutable, non-changeable constant, then attempting to add an id property to it will not work or even throw an error.

However, if you try running that example, it will work perfectly fine. The string "hello" will be logged, which is retrieved from the updated object.

Okay, so if const does not declare something as immutable, what does it do? Well, a const prevents a variable from being reassigned a new value.

Here are a few examples of reassigning variables:

Changing any of the above let statements to const instead will throw a type error: "Uncaught TypeError: Assignment to constant variable."

Setting a property on an object, or updating an existing property, is not reassignment. The value of the variable is still the same object, and you are updating the properties of that object.

Hopefully you understand how const and let differ now, but that probably still begs one major question: why should I care enough to use const?

It mainly comes down to the quality of your code, and how much information you or another developer can infer from it. For example, as I'm looking through one file in a codebase, I see this:

Okay, so it's a variable that declares whether some operation succeeded or not, in this case it has since the value is true. However, the let also tells me that this variable can be reassigned to false anywhere later on in that file.

To double check, I search for all instances of isSuccess in the file. Hmm, it's not reassigned anywhere, so I know that this variable's value will remain true.

Sounds like a constant to me, and if this variable was actually declared as a const then I wouldn't have to search anywhere else in the file for it.

Now imagine you revisit this code a few months later. Way down in the file, you add this:

Uh oh, you potentially caused a bug just now because when you initially wrote this code for isSuccess to be true, you weren't expecting anyone to change it later on. Even your future self.

This is an extremely common scenario, especially in large codebases with multiple developers. The great part is that this is easily solved by using const and let appropriately.

Default to const, but use let when necessary

As a common rule, I suggest using const to declare all new variables, and when you come across a point where you need to reassign one of those variables, then change it to a let.

Here's a much bigger example of how you might use both properly:

It's definitely a paradigm shift to declare variables with const instead of var and let, but it can add more confidence to your code. Try it out and let me know what you think.

Want to learn how to improve your code even further? You might like my Writing code for your future self article. 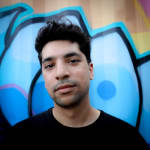 Writing code for your future self