If you've read any of my last few posts you may have noticed that I started including a twitter image at the end. You might not have realized that it was actually a fully functional button. 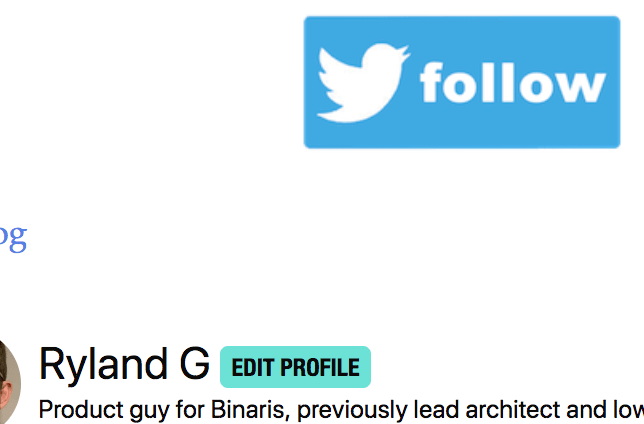 I hadn't seen anyone do this before. Luckily, Dev.to is open source, so it was easy enough to see that the markdown parser permitted a simple image button. I've included an example below.

or (as suggested by @Artemix)