I was able to determine that the book is now open sourced, here is a pdf available online. If it's between reading the book and reading my post, read the book.

One of the best choices I ever made as a software developer was to read "Inside the Machine", a book that's almost entirely about hardware. As someone who is allergic to "textbooks", this book is an oasis in a sea of poorly worded, misguided attempts at explaining hardware to software developers.

Inside the Machine covers nearly the entire spectrum of the software/hardware relationship. The book starts, by introducing you to incredibly primitive constructs of micro-processors, such as an ALU. By the end, you will be learning and understanding incredibly complex microprocessor design and architecture. 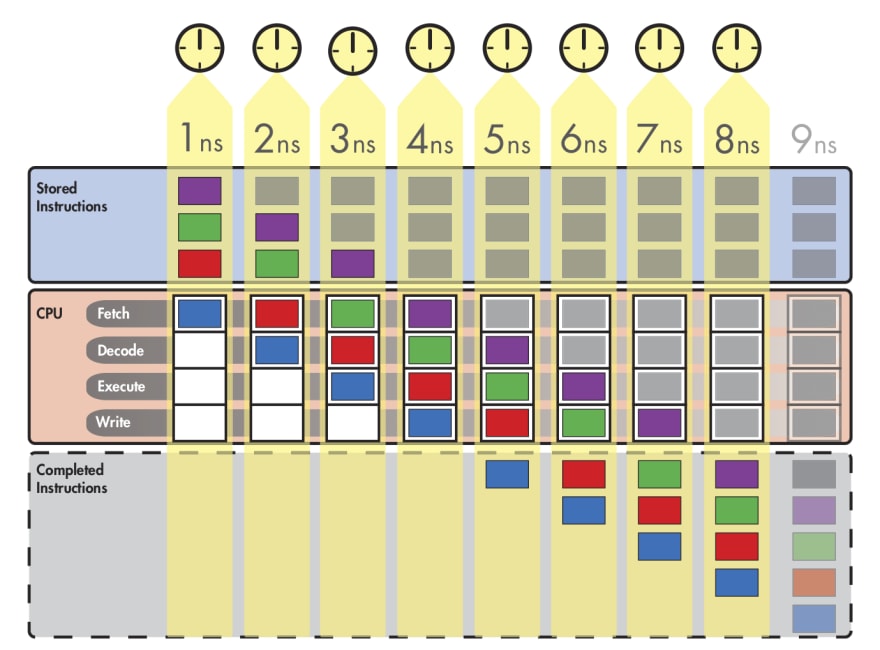 Fun Fact: Inside the Machine is written by Jon Stokes, founder of Ars Technica and briefly editor of Wired!

This book cuts the bullshit. The information is presented with the minimum amount of fluff to make it digestible. It's also incredibly consistent and uses a few base analogies to explain almost every concept. Inside the Machine, does what every great instructional book should do, cater to the reader. The intro of the book explains it best:

Inside the Machine is an introduction to computers that is intended to fill the gap that exists between classic but more challenging introductions to computer architecture, like John L. Hennessy’s and David A.
Patterson’s popular textbooks, and the growing mass of works that are simply too basic for motivated non-specialist readers. Readers with some experience using computers and with even the most minimal scripting or programming experience should finish Inside the Machine with a thorough and advanced understanding of the high-level organization of modern computers. Should they so choose, such readers would then be well equipped to tackle more advanced works like the aforementioned classics, either on their own or as part of formal curriculum.

The book’s comparative approach, described below, introduces new design features by comparing them with earlier features intended to solve the same problem(s). Thus, beginning and intermediate readers are encouraged to read the chapters in order, because each chapter assumes a familiarity with the concepts and processor designs introduced in the chapters prior to it.

TL;DR: If you're not a great programmer I recommend this book even more. I read this book very early on in my dev career (when I was bad) and I believe it heavily shaped my future growth.

It Gives You Respect For What's Happening Under the Hood

One of the greatest things about this book, is that by the end, you'll really understand the "why" of modern programming. Even for most experienced developers, how the underlying computer works is essentially magic. Using that analogy, this book is goddamn Hogwarts. You might go in not being able to cast a single spell, but by the end you'll be full-fledged witch/wizard. For some, it might seem strange that I'm suggesting that learning about hardware will help you write software. But you have to remember, at the end of the day, software is just a hardware abstraction.

The book is beautiful. As someone who is a bit of a perfectionist, I really appreciate the effort that not only went into the illustrations, but the overall style and design of the book. The illustrations really provide meaningful value, instead of the often contrived "figures" provided by normal text books. For example, here is one of the illustrations the author uses when teaching the reader about caching. 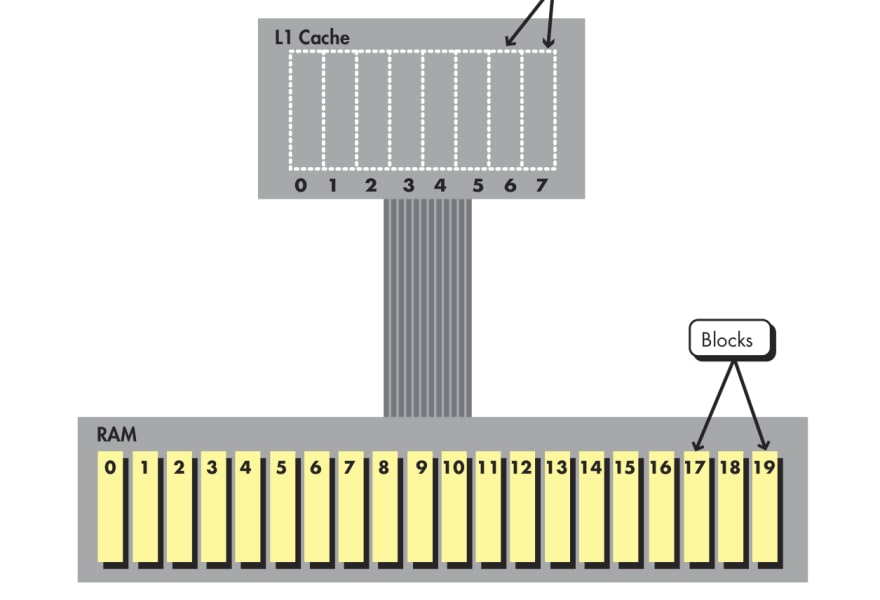 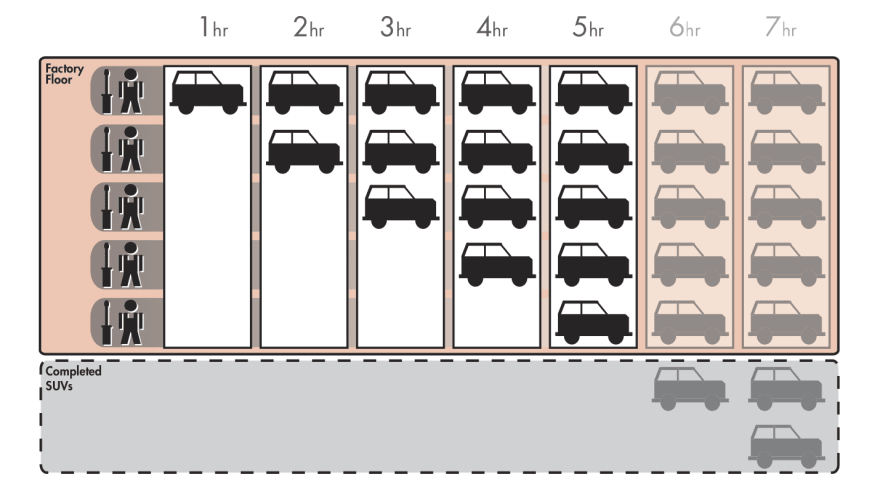 The amount of self awareness imparted into the book is one of my favorite aspects. The author, predicting that there might be some confusion about the previous picture, actually provides a very human rationalization of his choice. 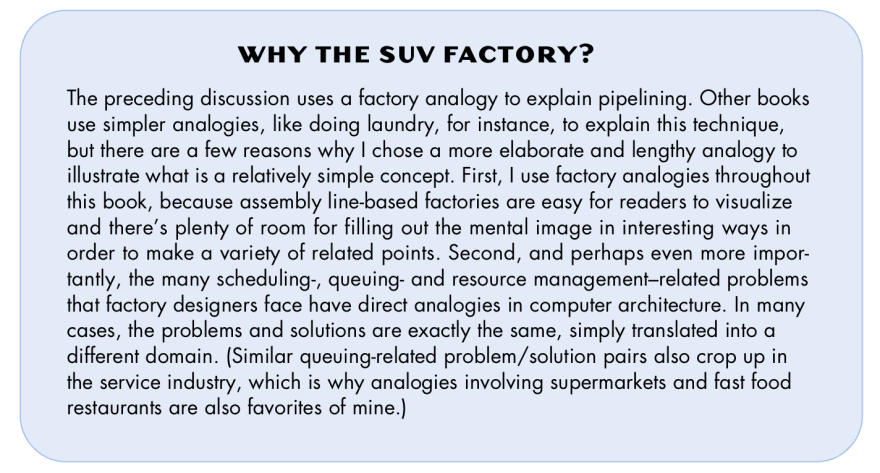 It's Riveting At Points

I won't lie and say the entire book is a "thrill ride", but there are sections that cover the history of processors that are incredibly thrilling. Reading about PowerPC and x86 politics is surprisingly intriguing. To quantify it, I would watch the HBO series. 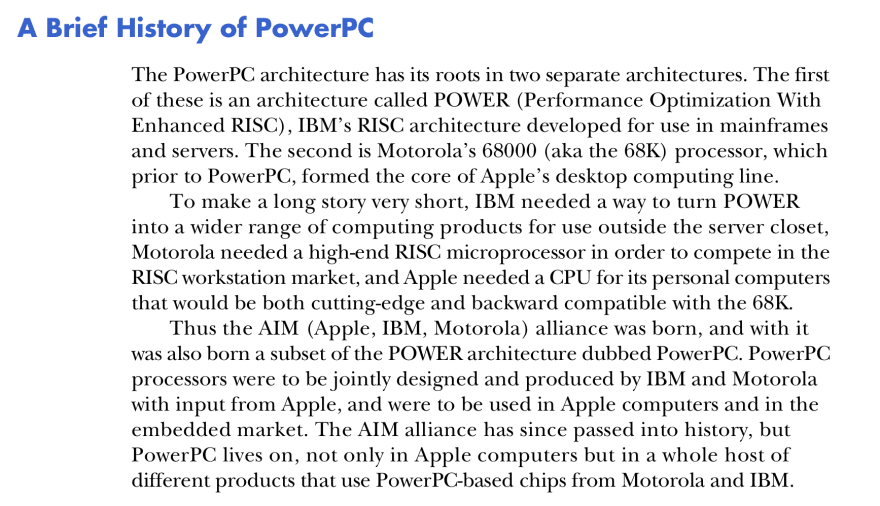 Whether you're just getting into software development, or already an experienced developer this book has something for you. Information is presented joyfully so you'll be dying (instead of dreading) to read the next chapter.

Update: I wanted to add a comment I received on Reddit from the /u/DingBat99999 because they had some amazing insight I wish I had written myself.

The suggested book looks great. But it illustrated an issue that I hadn't considered before now.

I've been working in software for about 40 years now. When I started assembly language was unavoidable. There just wasn't as much between you and the bare metal in those days. As a result, everyone kind of got an idea of how a computer worked at low levels naturally, even without hardware focused courses.

It's been a long time since I went to university so I'm not sure what they teach these days, but given the kind of new grads I see, at least some of them are graduating with no exposure to hardware at all. And that's perfectly fine. You can do quite well in the industry without it. But, as the OP's book demonstrates, it can be interesting and fun to learn about it anyway.

To wrap this up, for me, the have been a couple of books that have affected my view of creating software. They are "Clean Code" by Bob Martin, and "Working Effectively with Legacy Code" by Michael Feathers.

Free PDF of the book

The author even started porting the book to Github!

Once suspended, taillogs will not be able to comment or publish posts until their suspension is removed.

Once unsuspended, taillogs will be able to comment and publish posts again.

Once unpublished, all posts by taillogs will become hidden and only accessible to themselves.

If taillogs is not suspended, they can still re-publish their posts from their dashboard.

Once unpublished, this post will become invisible to the public and only accessible to Ryland G.

Thanks for keeping DEV Community 👩‍💻👨‍💻 safe. Here is what you can do to flag taillogs:

Unflagging taillogs will restore default visibility to their posts.