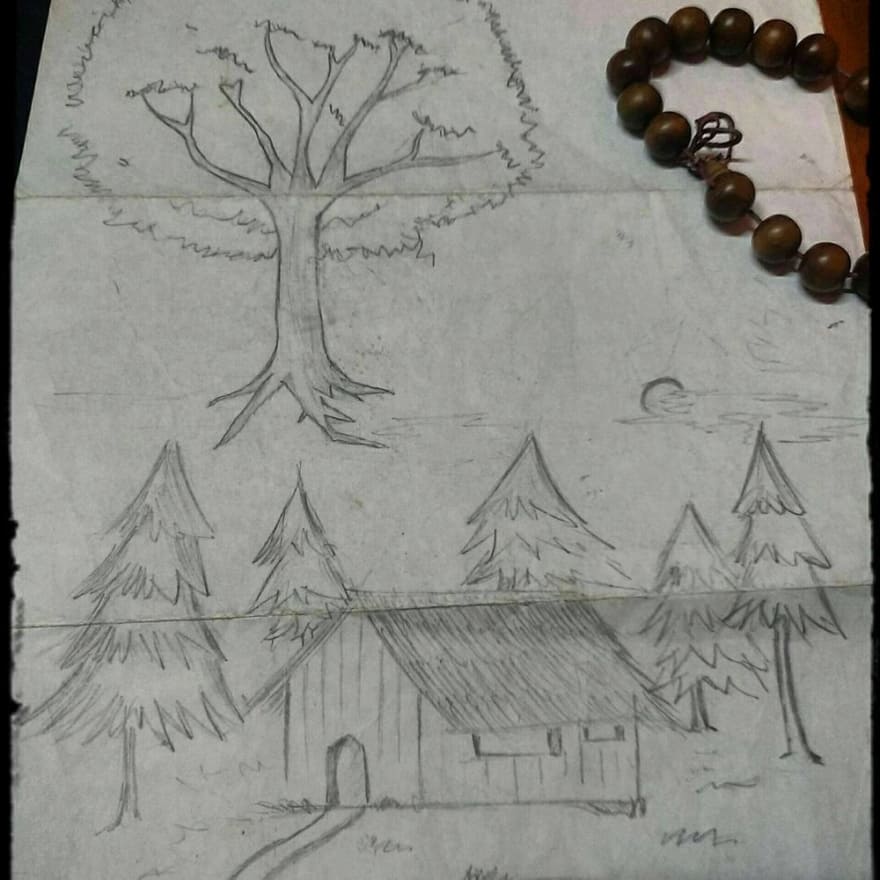 When you first learn to code, it’s common to learn arrays as the “main data structure.”

This post is to help you better understand the Tree Data Structure and to clarify any confusion you may have about it.

In this article, we will learn:

Trees are well-known as a non-linear data structure. They don’t store data in a linear way. They organize data hierarchically.

What do I mean when I say in a hierarchical way?

The above drawing is is my family tree. Tossico, Akikazu, Hitomi, and Takemi are my grandparents.

Toshiaki and Julianaare my parents.

TK, Yuji, Bruno, and Kaio are the children of my parents (me and my brothers).

An organization’s structure is another example of a hierarchy. 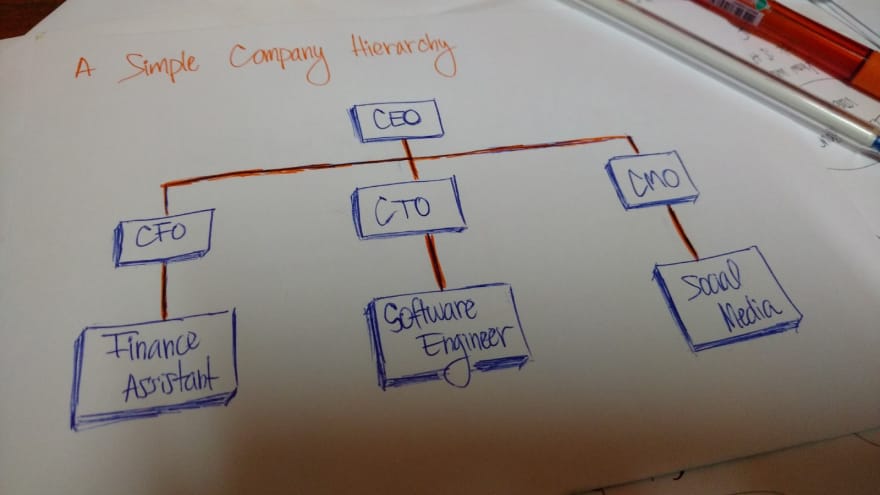 In HTML, the Document Object Model (DOM) works as a tree. 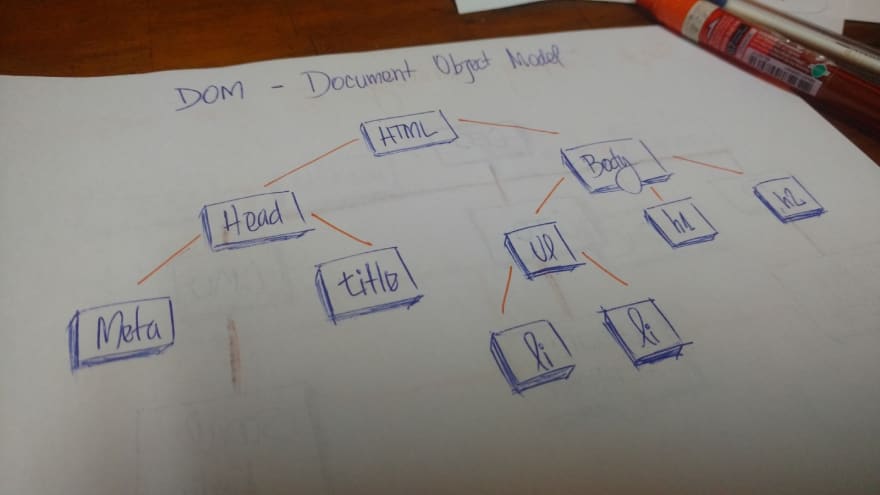 The HTML tag contains other tags. We have a head tag and a body tag. Those tags contains specific elements. The head tag has meta and title tags. The body tag has elements that show in the user interface, for example, h1, a, li, etc.

A tree is a collection of entities called nodes. Nodes are connected by edges. Each node contains a value or data, and it may or may not have a child node . 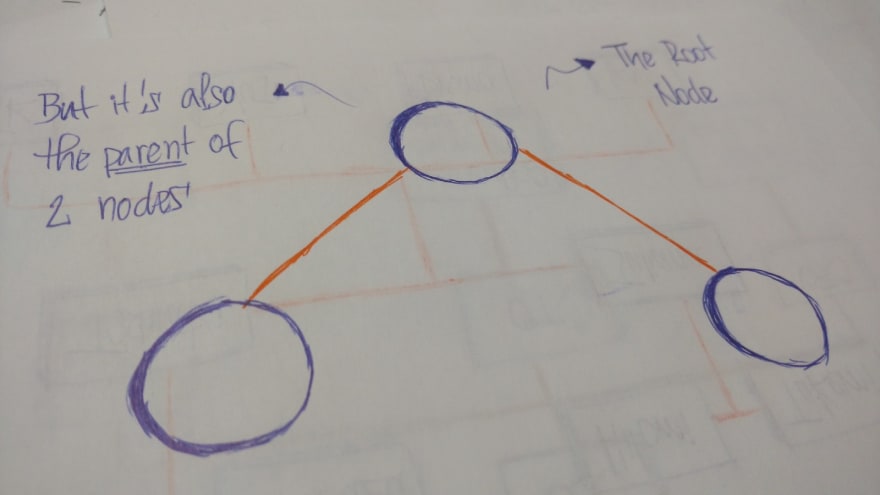 The first node of the tree is called the root. If this root node is connected by another node, the root is then a parent node and the connected node is a child. 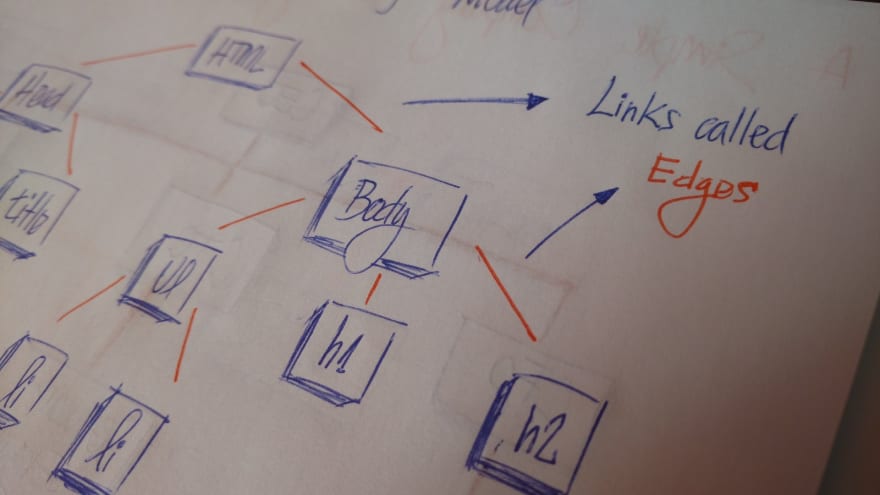 AllTree nodes are connected by links called edges. It’s an important part of trees, because it’s manages the relationship between nodes. 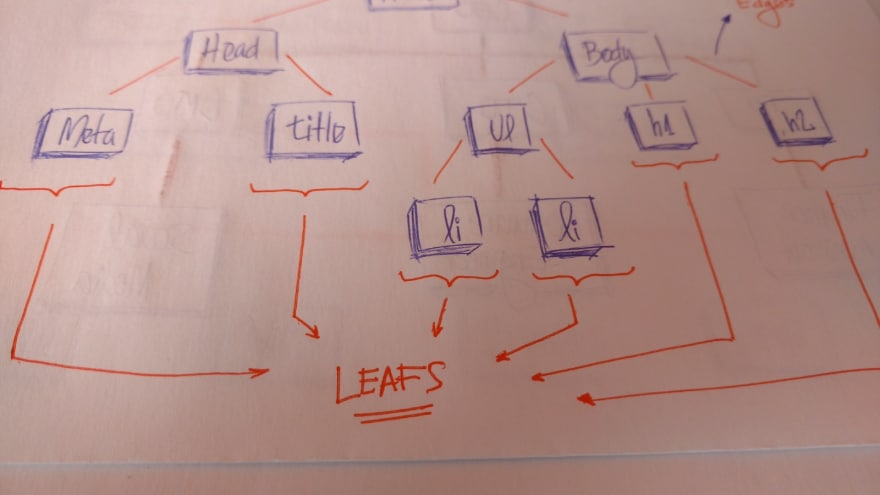 Leaves are the last nodes on a tree. They are nodes without children. Like real trees, we have the root, branches, and finally the leaves. 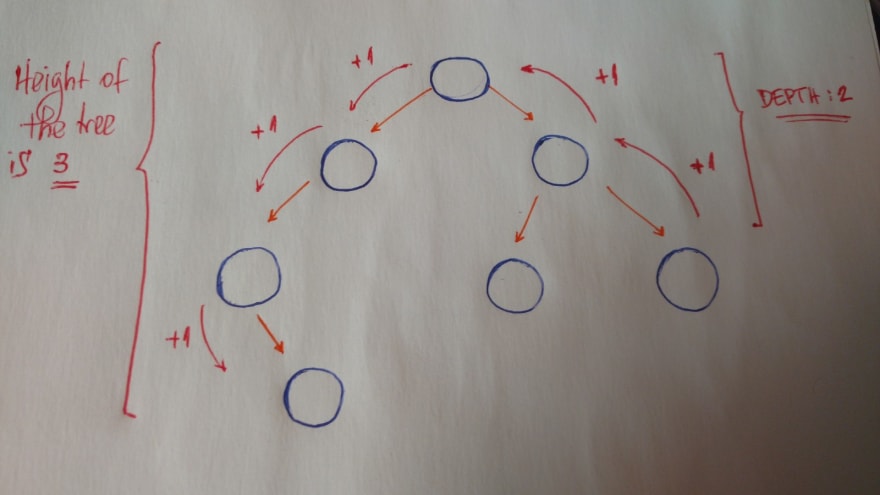 Other important concepts to understand are height and depth.

The height of a tree is the length of the longest path to a leaf.

The depth of a node is the length of the path to its root.

Now we will discuss a specific type of tree. We call it thebinary tree.

“In computer science, a binary tree is a tree data structure in which each node has at the most two children, which are referred to as the left child and the right child.” — Wikipedia

So let’s look at an example of a binary tree. 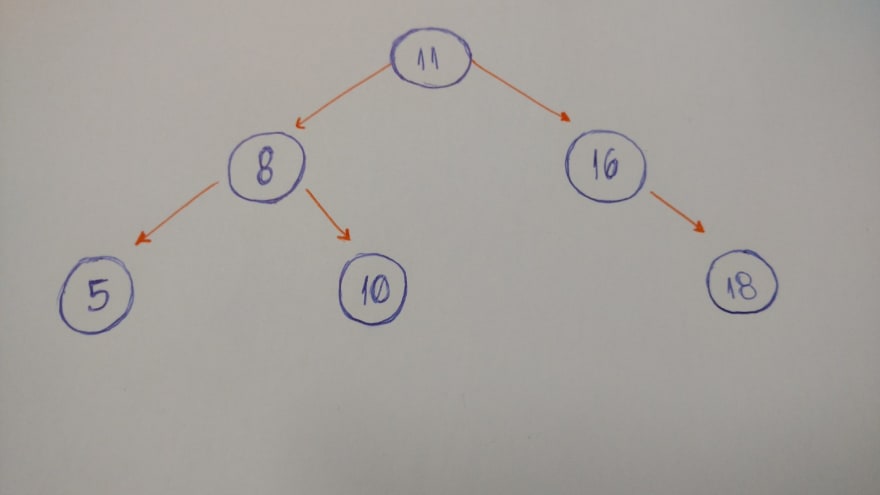 The first thing we need to keep in mind when we implement a binary tree is that it is a collection of nodes. Each node has three attributes: value, left_child, and right_child.

How do we implement a simple binary tree that initializes with these three properties?

Here it is. Our binary tree class.

When we instantiate an object, we pass the value (the data of the node) as a parameter. Look at the left_child and the right_child. Both are set to None.

Because when we create our node, it doesn’t have any children. We just have the node data.

We can pass the string ‘a’ as the value to our Binary Tree node. If we print the value, left_child, and right_child, we can see the values.

Let’s go to the insertion part. What do we need to do here?

We will implement a method to insert a new node to the right and to the left.

Here are the rules:

And we do the same thing to insert a right child node.

But not entirely. We still need to test it. 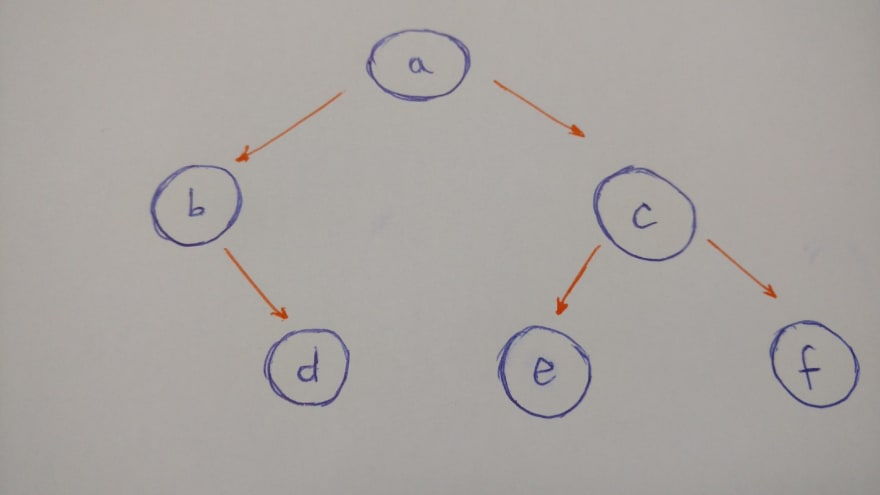 To summarize the illustration of this tree:

So here is the code for the tree:

Now we have to think about tree traversal.

So let’s dive into each tree traversal type.

DFS explores a path all the way to a leaf before backtracking and exploring another path. Let’s take a look at an example with this type of traversal. 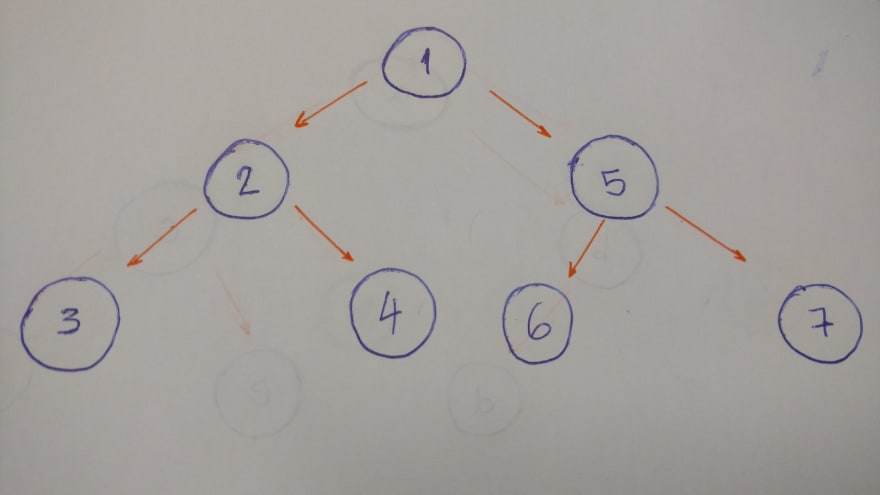 When we go deep to the leaf and backtrack, this is called DFS algorithm.

Now that we are familiar with this traversal algorithm, we will discuss types of DFS: pre-order, in-order, and post-order.

This is exactly what we did in the above example.

The left first, the middle second, and the right last.

The left first, the right second, and the middle last.

BFS algorithm traverses the tree level by level and depth by depth. 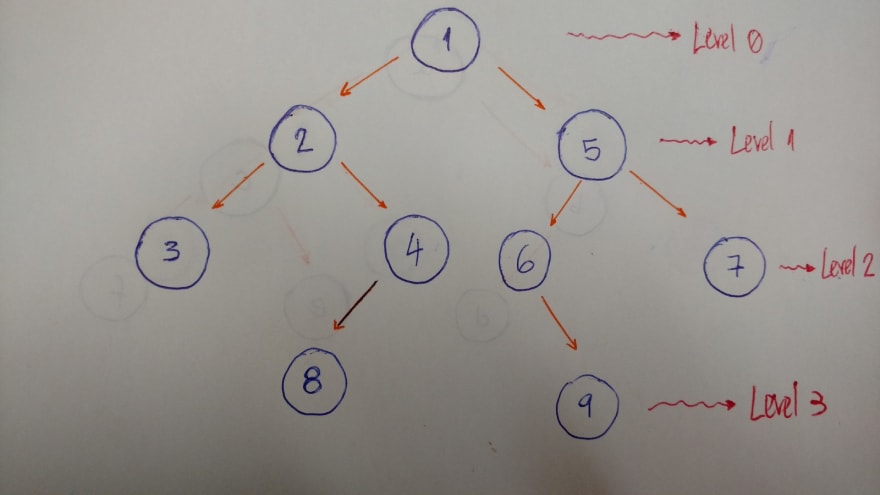 Here is an example that helps to better explain this algorithm:

To implement a BFS algorithm, we use the queue data structure to help. 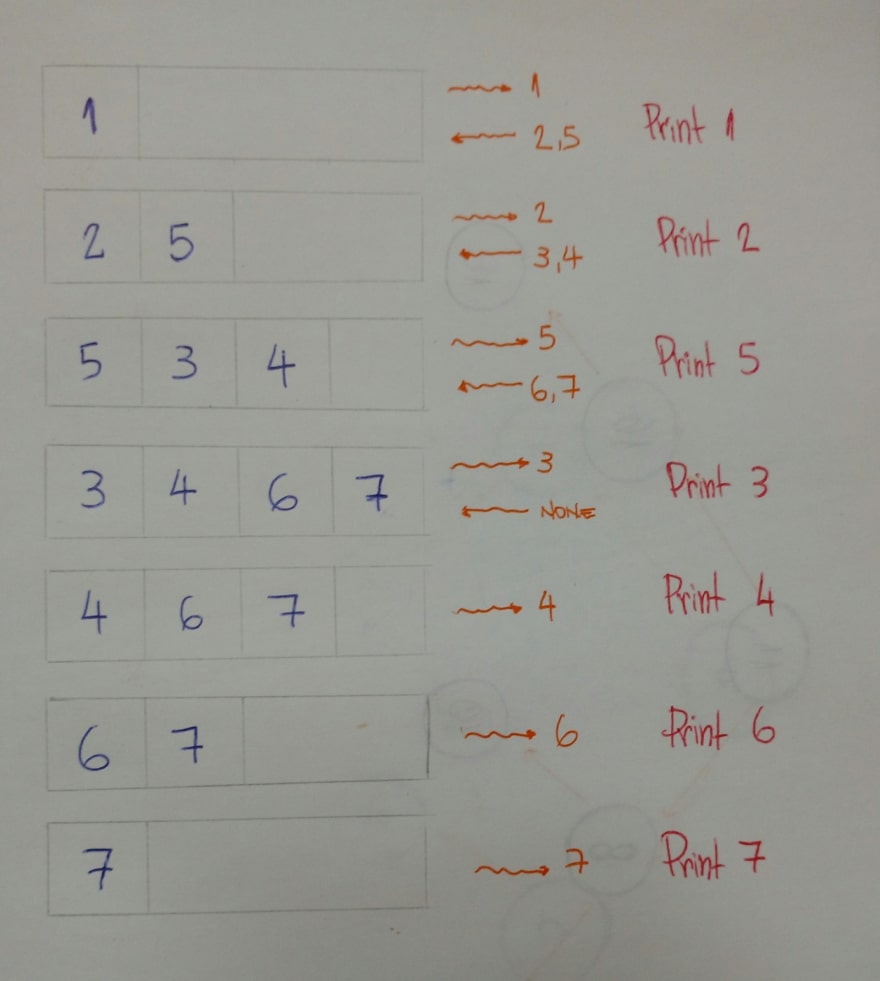 “A Binary Search Tree is sometimes called ordered or sorted binary trees, and it keeps its values in sorted order, so that lookup and other operations can use the principle of binary search” — Wikipedia

Here is a breakdown of the above illustration:

What will we see here? We will insert new nodes, search for a value, delete nodes, and the balance of the tree.

The first thing we need to know is if 50 is the root of our tree. 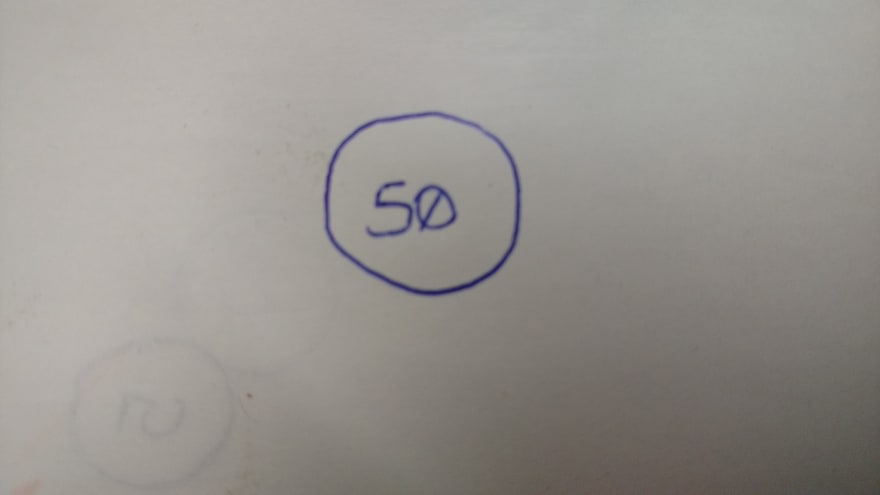 We can now start inserting node by node. 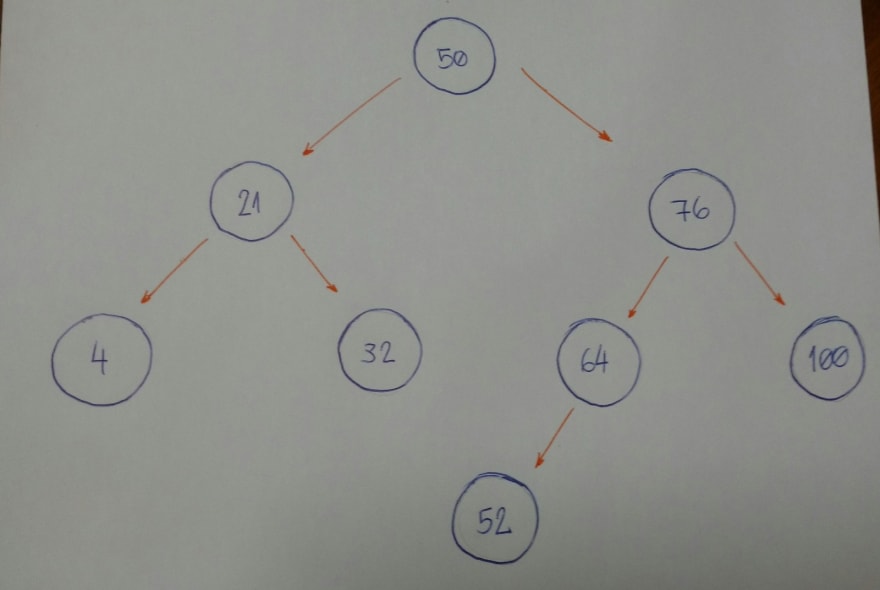 Do you notice a pattern here?

The powerful part of this algorithm is the recursion part, which is on line 9 and line 13. Both lines of code call the insert_node method, and use it for its left and right children, respectively. Lines 11 and 15 are the ones that do the insertion for each child.

Let’s search for the node value… Or not…

The algorithm that we will build now is about doing searches. For a given value (integer number), we will say if our Binary Search Tree does or does not have that value.

Let’s take a look at an example.

Imagine that we have this tree.

Now we want to know if we have a node based on value 52. 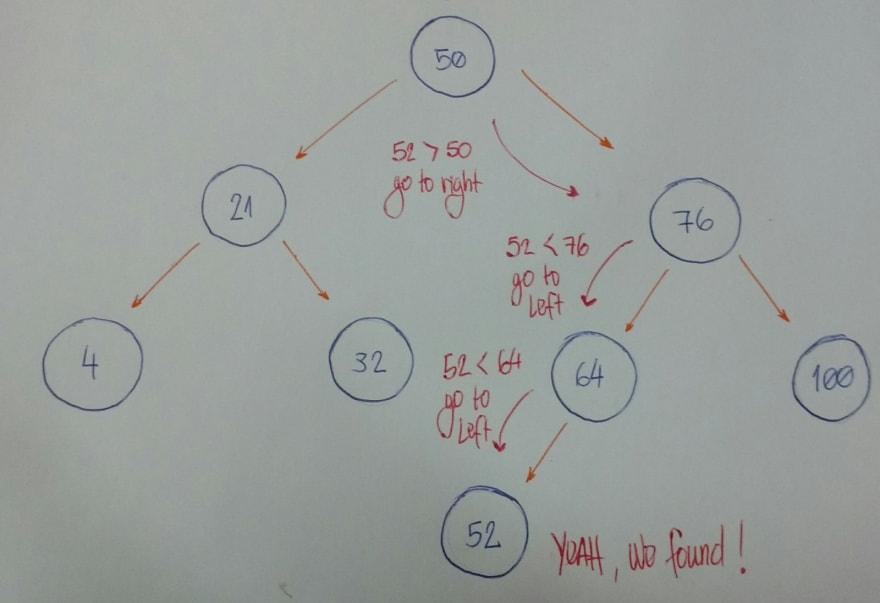 Let’s beak down the code:

How do we test it?

Let’s create our Binary Search Treeby initializing the root node with the value 15.

And now we will insert many new nodes.

For each inserted node , we will test if our find_node method really works.

Yeah, it works for these given values! Let’s test for a value that doesn’t exist in our Binary Search Tree.

Our search is done.

Deletion is a more complex algorithm because we need to handle different cases. For a given value, we need to remove the node with this value. Imagine the following scenarios for this node : it has no children, has a single child, or has two children.

If the node we want to delete has no children, we simply delete it. The algorithm doesn’t need to reorganize the tree.

When the node has 2 children, we need to find the node with the minimum value, starting from the node’sright child. We will put this node with minimum value in the place of the node we want to remove.

We will use this tree to test our remove_node algorithm.

Let’s remove the node with the value 8. It’s a node with no child.

Now let’s remove the node with the value 17. It’s a node with just one child.

Finally, we will remove a node with two children. This is the root of our tree.

That’s all for now!

We learned a lot here.

Congrats on finishing this dense content. It’s really tough to understand a concept that we do not know. But you did it. :)

This is one more step forward in my journey to learning and mastering algorithms and data structures. You can see the documentation of my complete journey here on my Renaissance Developer publication.

Have fun, keep learning and coding.

Here are my Medium, Twitter, GitHub, and LinkedIn accounts.☺

5 websites will make you a smarter 🏆 developer👩‍💻

Lets build an email scraper in python that will scrape a bunch of emails from text and save them in a .csv file

Once suspended, teekay will not be able to comment or publish posts until their suspension is removed.

Once unsuspended, teekay will be able to comment and publish posts again.

Once unpublished, all posts by teekay will become hidden and only accessible to themselves.

If teekay is not suspended, they can still re-publish their posts from their dashboard.

Once unpublished, this post will become invisible to the public and only accessible to TK.

Thanks for keeping DEV Community 👩‍💻👨‍💻 safe. Here is what you can do to flag teekay:

Unflagging teekay will restore default visibility to their posts.