I discussed generics and bounded wildcards in the below article. 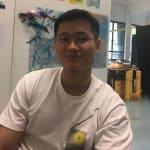 While I covered most of the basics about generics and wildcards, there are still areas requiring further attention and discussion. In this article, I would like to pen down some subtleties with regard to unbounded wildcards.

Some common questions around this topic are:

p.s. While I used List<?> in my examples, I am referring to all possible generic classes, such as custom a generic class named ImmutableList<?>.

When we talk about wildcards and generics, our focus is always on type and type safety. The purpose of having these implementations is to allow for polymorphism.

When we have wildcards, we can think of the word "any". So List<?> is a list of any possible type. The type is unknown, but we know that any type can replace that ? and the expression will be a valid one. This is not the case with List<Object>. Due to invariance, the subtyping relationship like the following does not hold for generics:

If they appear in a parameter declaration, there are some obvious differences:

I was not aware of the above until I researched unbounded wildcards.

Looking at the previous example, they both seem to serve the same purpose:

The one difference mentioned in the article Java Generics is the following:

Reifiable types are those whose type is not erased at compile time. In other words, a non-reifiable type's runtime representation will have less information than its compile-time counterpart, because some of it'll get erased. The only exception to this rule is unbounded wildcard types.

I don't think this difference is significant, but it does not hurt to know more:)

According to Oracle's Java tutorial,

Using a wildcard as a return type should be avoided because it forces programmers using the code to deal with wildcards.

So, it is possible but not recommended. Actually, there is a problem with the return type being ? or List<?>.

There will be compile time error if we declare our return type to be ?

Supposed we do have such a method that return such an object, what target type can we use to receive it?

Even if we know that the returned object is actually List<Integer>, we cannot assign List<?> to any concrete types such as List<Integer>. Therefore we also cannot invoke any Integer related methods on the items within the list. We gain the benefits of using generic wildcards as a black box, but we lose the ability to manipulate it afterward.

What Are Docker Images And How To Use Them

Once suspended, tlylt will not be able to comment or publish posts until their suspension is removed.

Once unsuspended, tlylt will be able to comment and publish posts again.

Once unpublished, all posts by tlylt will become hidden and only accessible to themselves.

If tlylt is not suspended, they can still re-publish their posts from their dashboard.

Once unpublished, this post will become invisible to the public and only accessible to Liu YongLiang.

Thanks for keeping DEV Community 👩‍💻👨‍💻 safe. Here is what you can do to flag tlylt:

Unflagging tlylt will restore default visibility to their posts.