Node Package Manager (npm), which is indispensable for developing systems with JavaScript and TypeScript, often has a problem with its large library size. 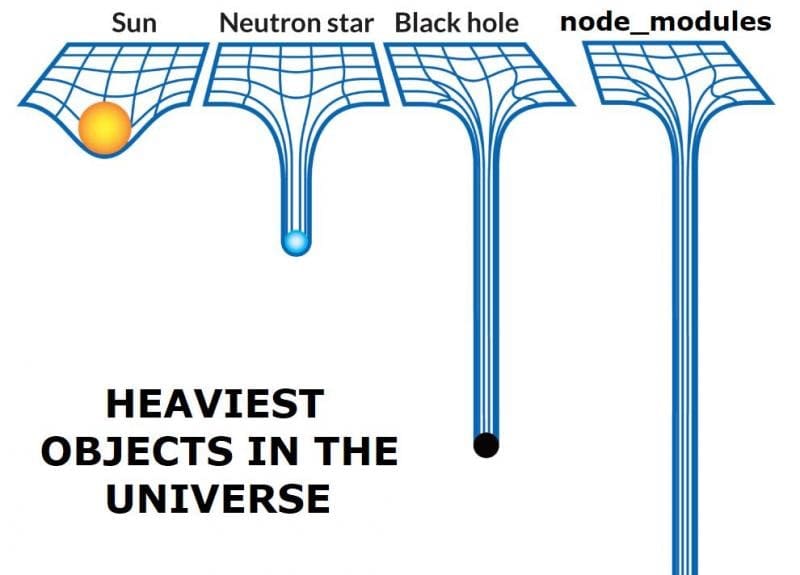 Of course, there have been a lot of discussions about node module's issue, and I don't want to say anything about it now.

I'm sure there are many ways to solve the above problem, but for webdev developers like me, the only thing we can do is to delete libraries that we don't use, so let's think of ways delete unuse libraries.

Using npx in the project root,

You can easily get the results by running it.

For example, if you run it in this repository

I want to incorporate depcheck into GitHub Actions

After all, it would be nice if the depcheck runs automatically when you submit a PR.

And it would be even better if you could be notified of the results.

So, I created GitHub Actions.

It's easy to use. First, create a YAML file with a pull request as the trigger in your GitHub Actions.

The GitHub Token and the URL of the PR comment are required as input, and these can be obtained as environment variables in GitHub Actions.

Both can be obtained as environment variables in GitHub Actions.

Then the result will be output as a PR comment.

At the time, there were no GitHub Actions in the marketplace that would output the results in a PR comment. 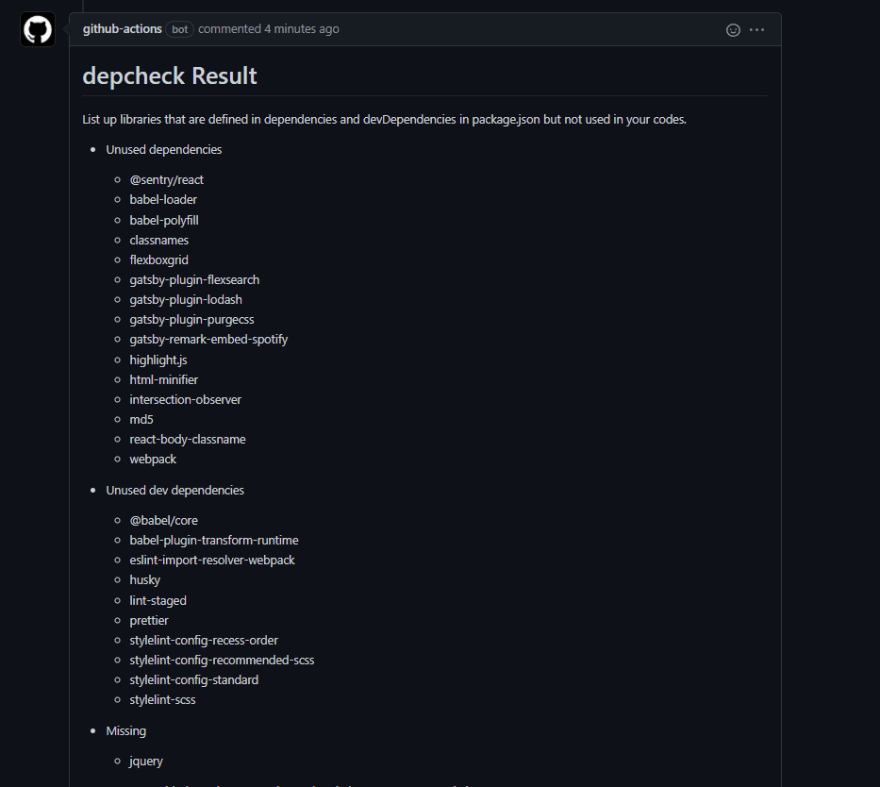 The source code for this can be found at the link below, and is implemented using the Docker-launched version of GitHub Actions.

10 Github Extensions for VS Code that will ease your work 😀

Getting Started with open-wc and Web Components